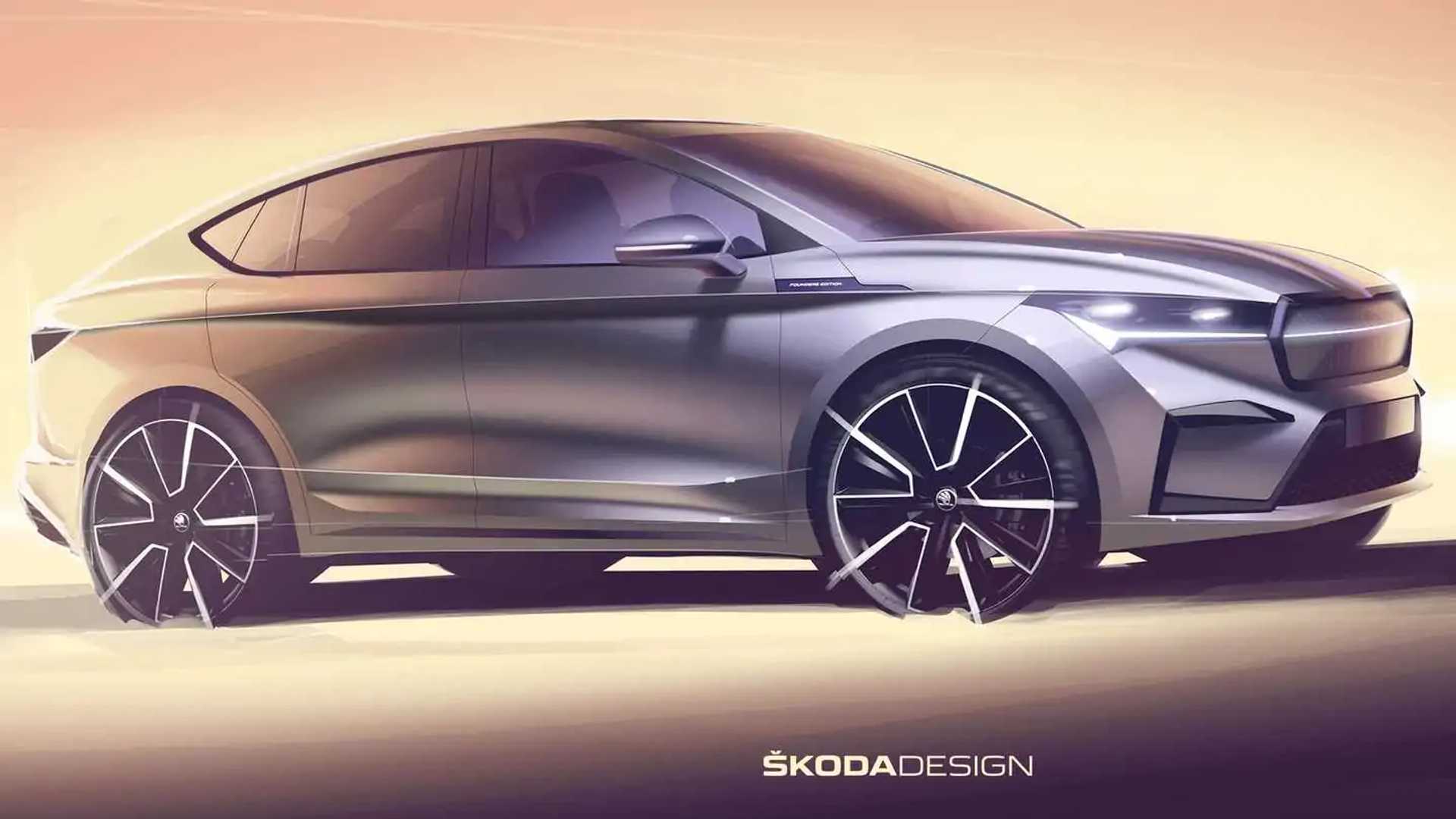 The Skoda Enyaq iV electric SUV will get a second body style called Enyaq Coupe iV at the end of the month.

Scheduled to have its world premiere on January 31 in Prague, the new model features a gently sloping roofline and a tailgate with sharp tear-off edge compared to the more conservative-looking Enyaq iV SUV.

You can see the difference between the Enyaq iV and the Enyaq Coupe iV in these design sketches Skoda has just dropped. Seen from the front and up to the B-pillars, the electric SUVs look pretty much the same, but from there on the roofline drops more dramatically toward the rear, merging seamlessly with the tailgate.

The automaker will not show the rear end just yet but says the styling is dominated by Skoda lettering in block capitals below a sharp tear-off edge and the brand’s signature C-shaped rear lights. Other distinctive details include the sporty front apron, side skirts in body color, and large wheels.

Now, while some could argue that the sloping roofline eats into rear headroom and cargo volume (it’s down 15 liters, by the way), it does offer the advantage of a more aerodynamic body. While the regular Enyaq iV has a drag coefficient of 0.247, the Coupe lowers that figure to 0.234, which should also result in an increased range.

Interestingly, while one would expect the Enyaq Coupe iV to be lower than its more conventional sibling, it’s actually 1 mm (0.03 in) taller; the model is also 4 mm (0.15 in) longer.

Sharing the MEB platform with the Enyaq iV, the Coupe will offer the choice of two battery packs (62 kWh or 82 kWh) and three outputs: 177 hp, 201 hp (both RWD) and 261 hp (AWD). An RS variant with around 300 hp and AWD could launch further down the line as the equivalent of VW’s ID.5 GTX.

The Skoda Enyaq Coupe iV is expected to go on sale in Europe later this year.