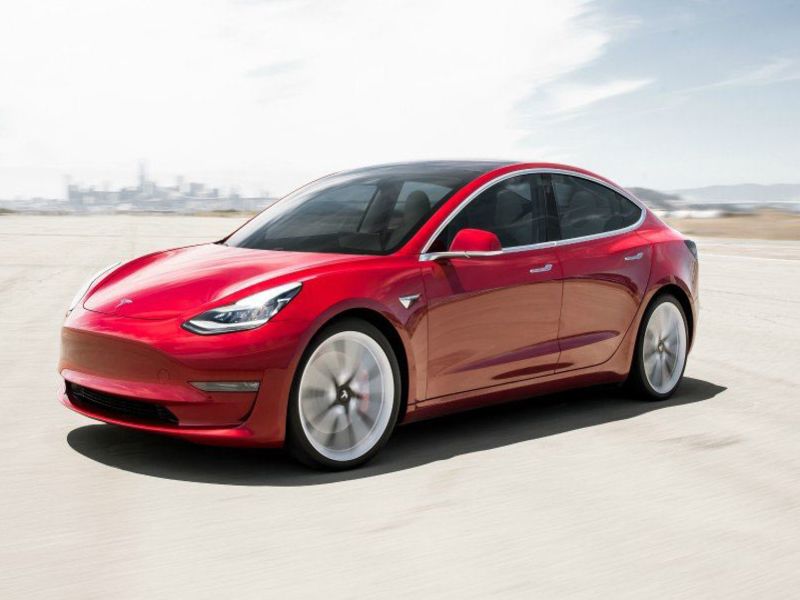 It took unprecedented supply interruptions and a global pandemic to do it, but 2021 will go down in history as the U.S. auto industry’s Great Jostling.

Things that seemed as if they would always stay true fell by the wayside. Former industry upstarts hit their strides and rocked the status quo. Unmet demand for new and used vehicles jacked up prices to record highs and dragged down incentives to previously unthinkable levels.

Last year’s U.S. sales largely came down to just one thing: who still had vehicles to sell.

“Many of these gains might prove to be very ephemeral” because of the hard production choices automakers were forced to make last year due to supply shortages, explained Tyson Jominy, vice president of data and analytics at J.D. Power. “If you choose not to build something, it’s pretty hard to sell it. There’s going to be a lot of jostling, and it’s going to continue into 2022.”

Annual U.S. light-vehicle sales edged just over 15 million and were up 3.3 percent compared with 2020. Before COVID-19 reared its head in 2020 and the microchip shortage hit the year after, 2019’s sales were 17.1 million, the seventh-strongest annual tally on record.

Automakers last week reported December or fourth-quarter sales that were weighed down heavily by inventory and production issues because of the pandemic. Toyota, Honda, Hyundai and Kia declined for the fifth-straight month.

After posting a gain in November, Ford’s sales fell 17 percent in December, though it was the top-selling automaker in the U.S. for the quarter. GM’s inventory woes dragged its fourth-quarter sales down 43 percent to give the automaker its worst quarter since 2009 and second-worst year since 1952. Stellantis also cited supply chain issues for its double-digit drop in the fourth quarter.

Tesla’s fourth-quarter sales soared about 69 percent to an estimated 78,700, while smaller-volume Mitsubishi rose 68 percent to 24,861.

Speaking with reporters on a conference call last week, Toyota Motor North America executives continued to downplay the Japanese automaker’s first U.S. sales crown as “not sustainable” and said they had no plans for marketing on the achievement because of the extenuating circumstances. They also said consumer demand continues to run far ahead of automakers’ abilities to keep up, accounting for the company’s sharp December drop of more than 30 percent.

“Out of the 174,000 vehicles we sold in December, everything was supply constrained,” said Bob Carter, Toyota Motor North America’s longtime head of sales.

He said Toyota dealers finished the month with less than three days’ supply on hand, while Lexus dealers had just four days’ supply. “That’s the lowest dealer stocking level I’ve ever seen. Everything is low single-digit days’ supply, so clearly the demand is very robust.”

Looking to the year ahead, analysts expect dealer inventory and automaker production struggles to slowly ease and consumer demand to remain strong.

Chris Hopson, manager of North American light-vehicle forecasting with IHS Markit, said that year-end results reflected both limited inventories and the lack of clearance marketing, “which will continue to push against sales levels moving into the new year.”

“For 2022, the pace of sales is expected to quicken in the second half of the year. Given current inventory conditions, it’s difficult to project significant demand recovery in the first half of 2022. But we expect to exit 2022 with a pace of sales more recognizable to pre-COVID levels.” Hopson said IHS Markit was predicting sales in 2022 to recover to 15.5 million vehicles.

LMC Automotive also expects a “volatile” first half of the year. It predicts an estimated loss of an additional 1.1 million vehicles because of the microchip shortage, primarily in the first six months of 2022.

“While the industry will most certainly face challenges this year, experience from the last two years should increase the industry’s ability to weather the uncertainty,” said Jeff Schuster, president of Americas operations and global vehicle forecasts with LMC Automotive. LMC predicted a stronger recovery in 2022 to 15.9 million vehicles, including a 20 percent jump in fleet sales to allow operators to recover their inventories along with dealers.

J.D. Power’s Jominy said average transaction prices in December set another record, and there may be as many as 5 million consumers sitting on the sidelines waiting to buy a vehicle when demand constraints ease.

He said that combination could prove to be a gold mine for dealers.

“I think 2022 has the potential to be the best year ever for retailers, who are already making record profits on every unit sold,” Jominy said. “We could see some spectacular results from dealers if 2022 unfolds the way that it looks like right now.”