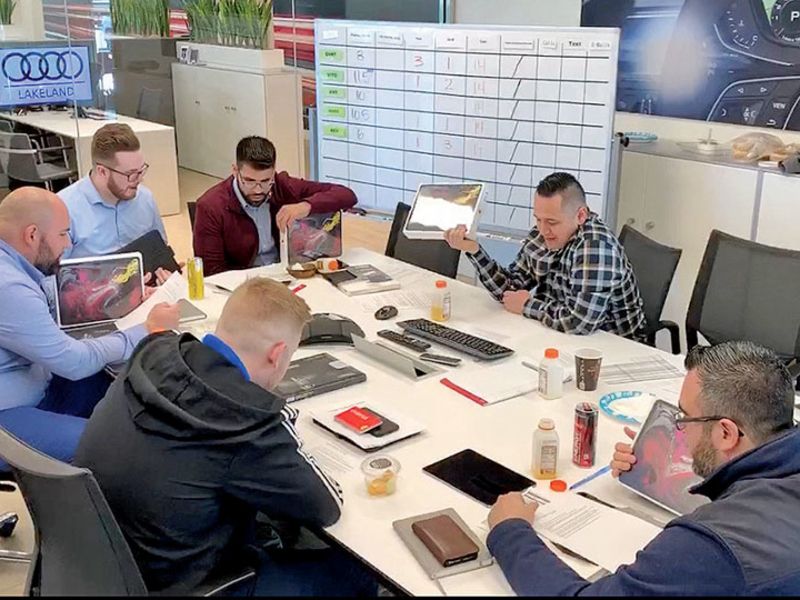 Audi Lakeland incorporated personalized videos into its sales and service strategy in May 2019, well before the coronavirus pandemic forced dealerships nationwide to take more of their customer interactions online.

It was fortuitous timing.

The videos have proved to be a vital tool, especially during the pandemic, because they jump-start the sales process and help sales employees capitalize on leads by almost immediately connecting consumers regardless of their location to vehicles they desire, said Paul Gomez, general manager of the Qvale Auto Group dealership in Lakeland, Fla. The videos have boosted dealership traffic and revenue.

“It has become probably the most important part of our process, because what it does is introduce the customer to exactly what they’re shopping for online,” Gomez told Automotive News.

The videos helped bump up organic traffic to the dealership’s website, resulting in 11,276 website visits for that same period, a number that Gomez described as “incredibly” higher than visits in an earlier comparable period.

The approach is a distinct change from how the store previously handled Internet leads, by often answering customer inquiries with a generic “Thank you for reaching out to us. We’ll give you a call,” Gomez said.

Gomez said he won’t forget the moment he fully realized video could work as a retail tool. He had made a video of a Lexus NX 200t for an interested customer in mid-2019, sent it to her in an initial response and handed the potential deal off to a sales employee.

“As we were delivering the vehicle, I go out to [say] ‘Thank you for doing business with us,’ and the lady goes, ‘Hey, you sent me a video. I want to let you know that’s why I’m here. That is the coolest thing that’s ever happened,’ ” Gomez said.

Video was incorporated into Audi Lakeland’s service department in November 2019.

Once a vehicle enters the dealership’s shop, employees conduct a 150-point inspection and use video to capture footage of any problems exhibited — from low tire tread to fluid leaks.

More than 7,600 service-related videos have been made, Gomez said.

The addition of video has helped the store’s profitability, Gomez said.

Dealership revenue rose 39 percent in 2021 compared with 2020 — an increase that in part ties back to the video strategy, he said. Audi Lakeland sold 354 new vehicles and 557 used vehicles in 2021.

Gross revenue generated by the sales department rose 38 percent in 2021. And operational gross profit for the overall dealership more than doubled last year, he said.

Gomez acknowledged that those gains were largely tied to the unusual market circumstances of 2021, but he said some of it can also be attributed to the video push as dealership staffers learned how to excel at using video to hook customers and then follow through on deals.

“It gets hard to quantify,” Gomez said. “Because of the supply being down and the demand being up, revenue is up everywhere.”

Customers who’ve bought vehicles after receiving the sales department’s videos also seem more likely to return to the dealership for service work, Gomez said. He attributed that to increased trust and transparency created by the videos.

While customer response to the video strategy is mostly positive, Gomez noted that some buyers still prefer walking around the dealership and testing vehicles in person.

“They’ve always negotiated or worked their deals on paper, and we throw an iPad in front of them and they want no part of it,” Gomez said. “But you make them feel comfortable and you try to push through with the way we do things, and if not, then you adapt to that. We have the versatility to do so.”

160 Made In Germany Tesla Model Y Spotted At Tesla Giga Berlin
Startup Ottonomy uses the airport to help autonomous delivery take flight
Looking under the hood at Local Motors’ demise amid autonomous-shuttle headwinds
2022 BMW X3
Roughly $1 Billion In Fraudulent Auto Loans Applied For Since 2019, These Were The Top Cars They Chose