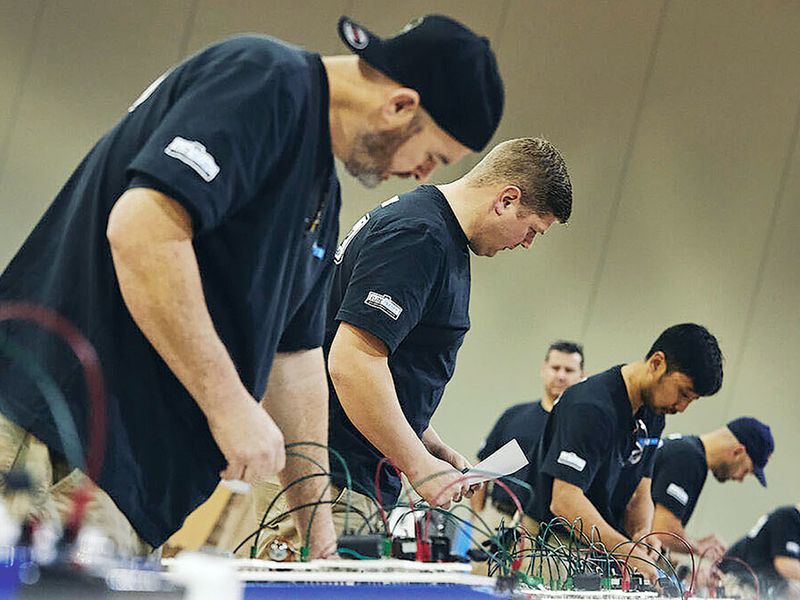 Logan Brown admits to being a bit skeptical when he heard about a competition to find the best automotive technician in the country.

Once convinced the inaugural U.S. Auto Tech National Championship was legitimate, he drove to Boston in early October to compete — and win — a qualifying event. His reasoning was simple: “Forty grand,” he said, citing the $40,000 first place award for the championship. “And a free trip to Nashville,” site of the finals, he added.

On Dec. 14, Brown, a tech at a local Pennsylvania repair shop, bested 31 other competitors in Music City to win the professional division, a trophy and that $40,000 check. The runner-up in each division took home $20,000 in prize money, and third place received $10,000.

“I almost passed out,” Brown said when his name was announced as the winner. “I really didn’t think I won.”

Randy Giroux, who attends the University of Northwestern Ohio and won the student division, had a similar reaction.

“I was kind of surprised” by the victory, said the native of Niagara Falls, Ontario. Like Brown, he was mostly enticed by a possible free trip to Nashville — and a qualifying event was held on his campus, so it made sense to at least try it.

Giroux, who is majoring in high-performance motorsports, said there was stress between events as he and others waited to hear if they would advance.

“It was amazing the amount of emotions I went through,” he said. “There was actually money on the line. But I felt good once I would get in the task.”

On the first day of the two-day event, competitors were tested on their knowledge and understanding of electrical theory and diagnosis, troubleshooting an issue with a faulty turn signal and running light.

Based on the results from that challenge, the field was winnowed to 16 in each division. Those competitors were then given a speed test that included removal, identification and replacement of U-joints and yokes on a driveshaft.

The top five finishers in each division advanced to the final round. Competitors performed compression check and cylinder leakage tests on all eight cylinders of an engine. Using their results, the techs answered a few written questions related to their diagnosis, disassembled the engine, located the failed parts and received replacements from the judges.

Contestants then reassembled the engine in hopes of correcting the faults.

Organizers are making plans for the 2022 competition and hope to announce the qualifying tour schedule by spring.

Brown said that — in addition to the money and trophy — he left Nashville with a lot of new friends.

“You wouldn’t have known it was a competition at all,” he said. “Everyone was really friendly.”