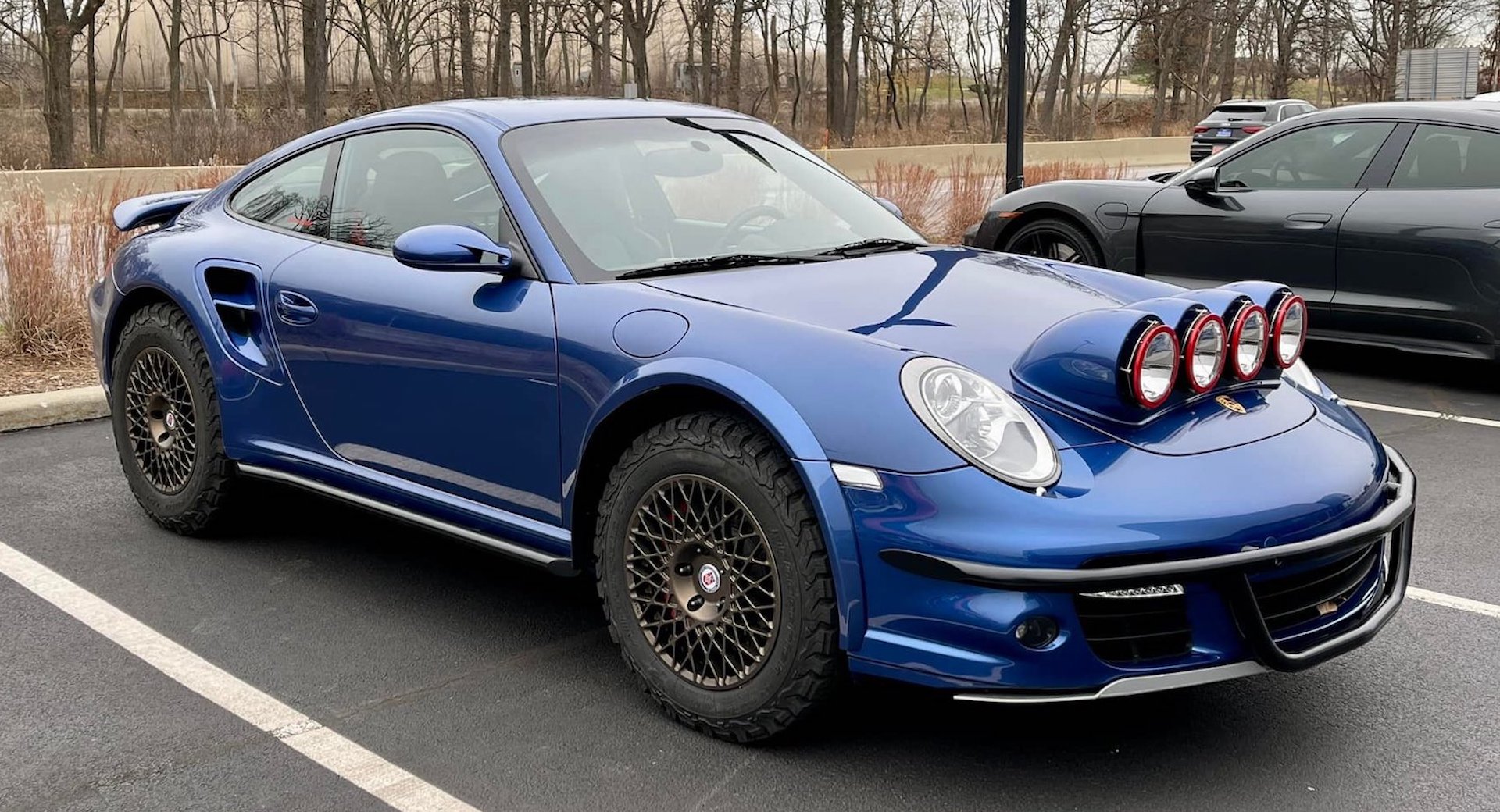 A Porsche 911 Turbo is already about the best winter-beater supercar on the planet thanks to its compact dimensions, great visibility, traction-boosting rear-biased weight distribution and all-wheel drive.

But this modified, Safari-style 911 Turbo spotted by Matt in or around Chicago looks like it could face down the kind of weather disaster only Hollywood can dream up.

The smaller door mirrors and non-LED taillight lenses tell us it’s a 997.1-generation 911 Turbo built between 2006 and 2008. These were the last cars with the famed Hans Mezger-designed flat-six, and it made 473 hp (480 PS) and up to 502 lb-ft (680 Nm) of torque in overboost mode. But if the 3.6-liter engine has been treated to the same level of upgrades lavished on the chassis, it could well be making far more. 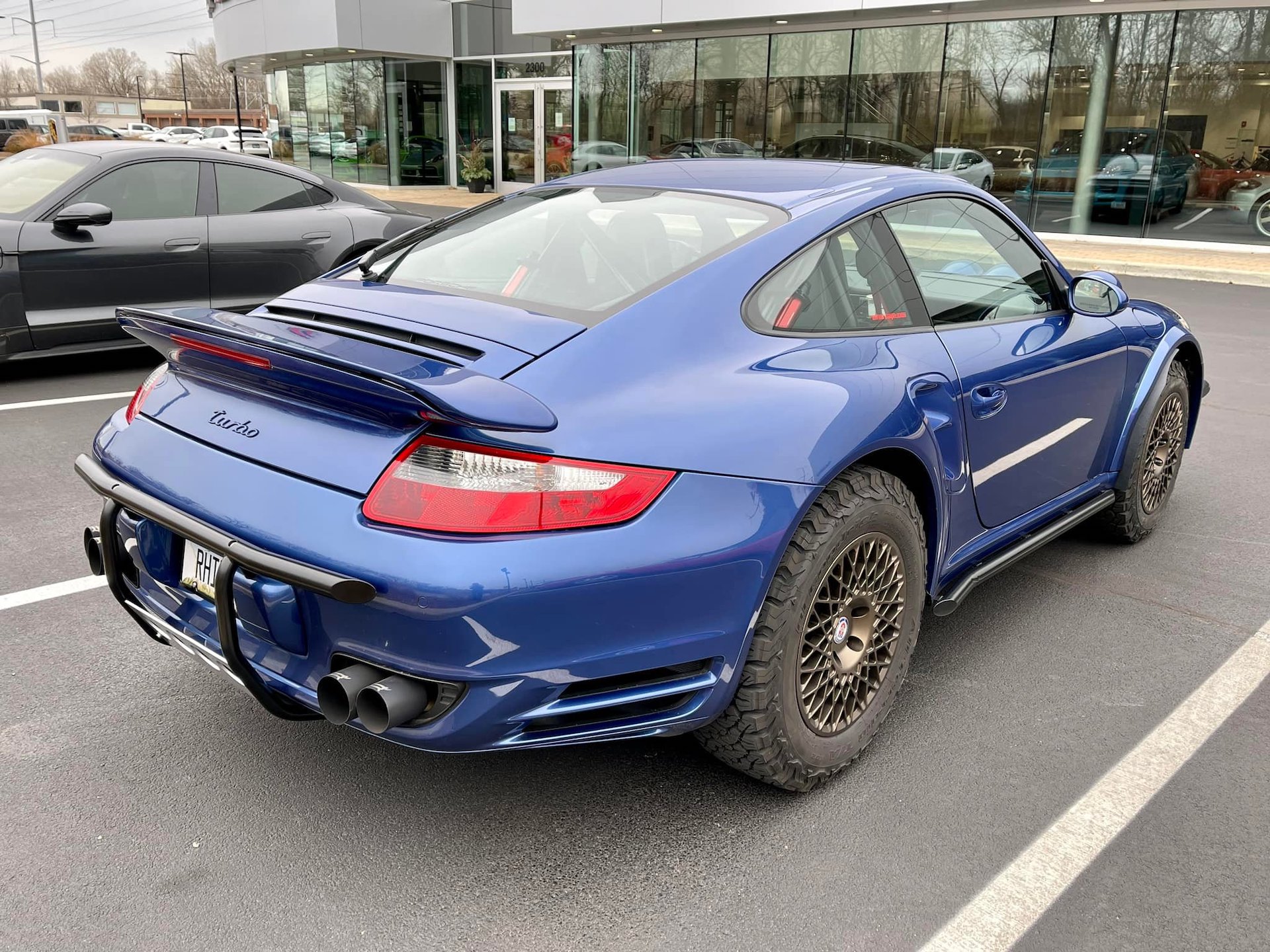 We don’t know anything about the 911, which was snapped outside a Porsche dealer and uploaded to the Chicagoland Petrolheads and Car Spotters Facebook group. But the pictures show it’s been treated to a suspension lift to improve the ground clearance and make room for a set of 17-inch HRE cross-spoke alloy wheels wrapped in BF Goodrich All Terrain rubber. The finished package looks very close to the prototype Porsche Safari 911s our spy photographers have snapped several times this year.

There are subtle body-color arch spats on the front fenders, bullbars front and rear, and four massive spotlights mounted in a pod on the hood. There are no interior pics, so we can’t be sure if it’s running a six-speed manual transmission or the optional five-speed Tiptronic auto (the game-changing PDK didn’t arrive until the 997.2 in late 2009). But we can spy a rear cage and the little hump on the dash top that signifies it has the optional Sport Chrono pack.

Even getting on for 15 years down the line, these Porsches aren’t cheap. The most accessible ones we found on Auto Tempest were still over $70,000, and that doesn’t include the cost of the conversion – the wheels alone would run to over $9k. We’d love to daily this beast through winter, what about you?

Thanks to Matt Zaiff for the pictures!