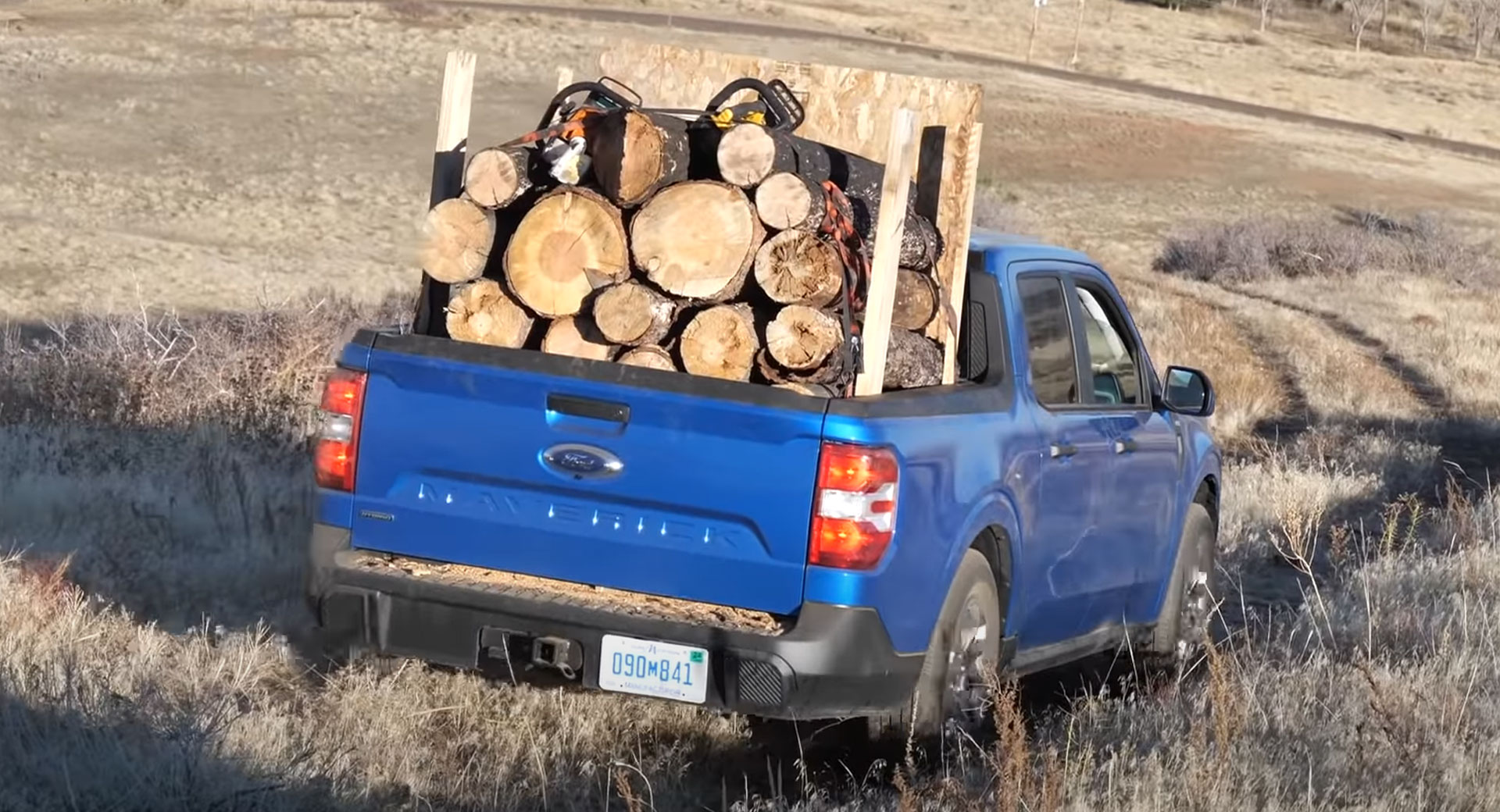 The Ford Maverick may be a small truck but this review confirms that it is surprisingly rugged and more capable than one may expect.

Eager to see what the new Maverick is made of, The Fast Lane Truck got the keys to a hybrid variant and headed out onto a trail keen to load it up with logs, testing out its hauling capacity and also seeing how its front-wheel drive system performs when the going gets tough.

The publication’s first test was to construct a temporary wooden cage that would hold the logs in place. Once that was done, it went out into the wilderness and immediately headed to a steep section of track covered in gravel that had a 25 degree slope. Surprisingly, the Maverick Hybrid was able to get up the hill despite only being front-wheel drive.

As the journey continues dozens of logs are loaded into the bed of the Maverick. The logs were so heavy that the Maverick’s rear suspension dropped by about 3-inches, radically reducing its ground clearance. However, not even that was enough to stop the small pickup truck.

Another feature of the Maverick that was tested is its reversing system. You see, as this variant was the hybrid, it doesn’t actually have a reverse gear but rather uses the electric motor to reverse. Despite this, the electric motor offers more than enough grunt to help the Maverick reverse up a steep hill even when the bed is loaded with logs.