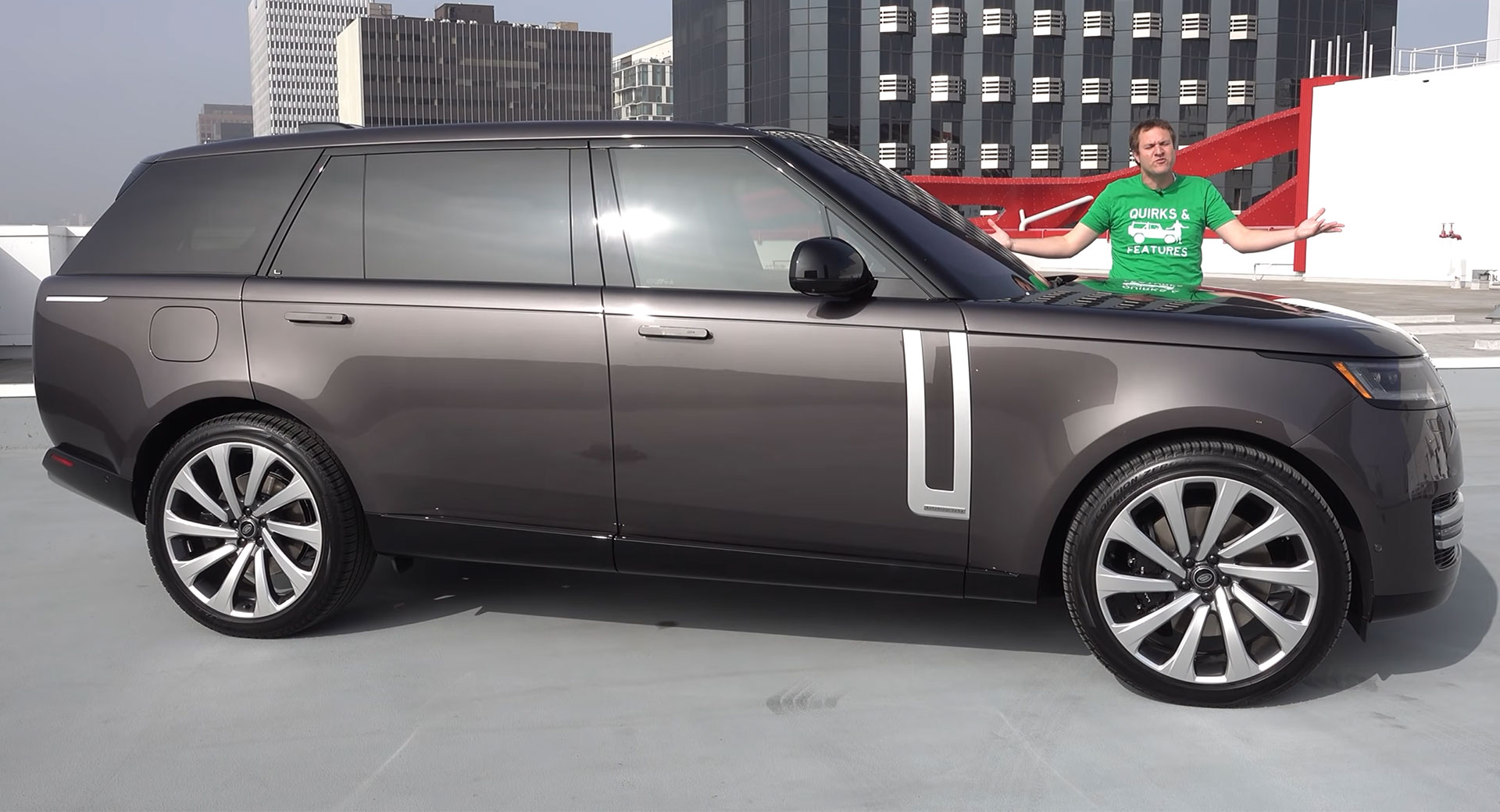 It’s not very often that a brand new Range Rover comes along, but last month, its fifth generation was unveiled. Journalists have yet to have the chance to test it out on the street but Doug DeMuro did recently have the opportunity to check out a pre-production model, although he wasn’t allowed to drive it.

If you look at the 2022 Range Rover from the front, you may be left wondering if you’re actually looking at the old model. However, while the front fascia is similar to the outgoing Range Rover, it has been updated with new headlights, a distinctive grille, and new lower air intakes. More significant alterations have been made to the rear of the SUV and include LED taillights that have been neatly incorporated into the tailgate.

Found beneath the skin of the new Range Rover is Land Rover’s MLA-Flex architecture that will eventually allow the British automaker to equip it with ICE, PHEV, and EV powertrains.

DeMuro kicks off his review of the new SUV with a comprehensive tour of the redesigned tailgate that can be folded out into a bench seat. In addition, the new model can, for the very first time in a Range Rover, be optioned with a third row.

The YouTuber is also very impressed with the upgrades that the automaker has made in the cabin. Among the key updates are the fitment of an enlarged infotainment screen, quality wooden finishes, and an all-digital gauge cluster.