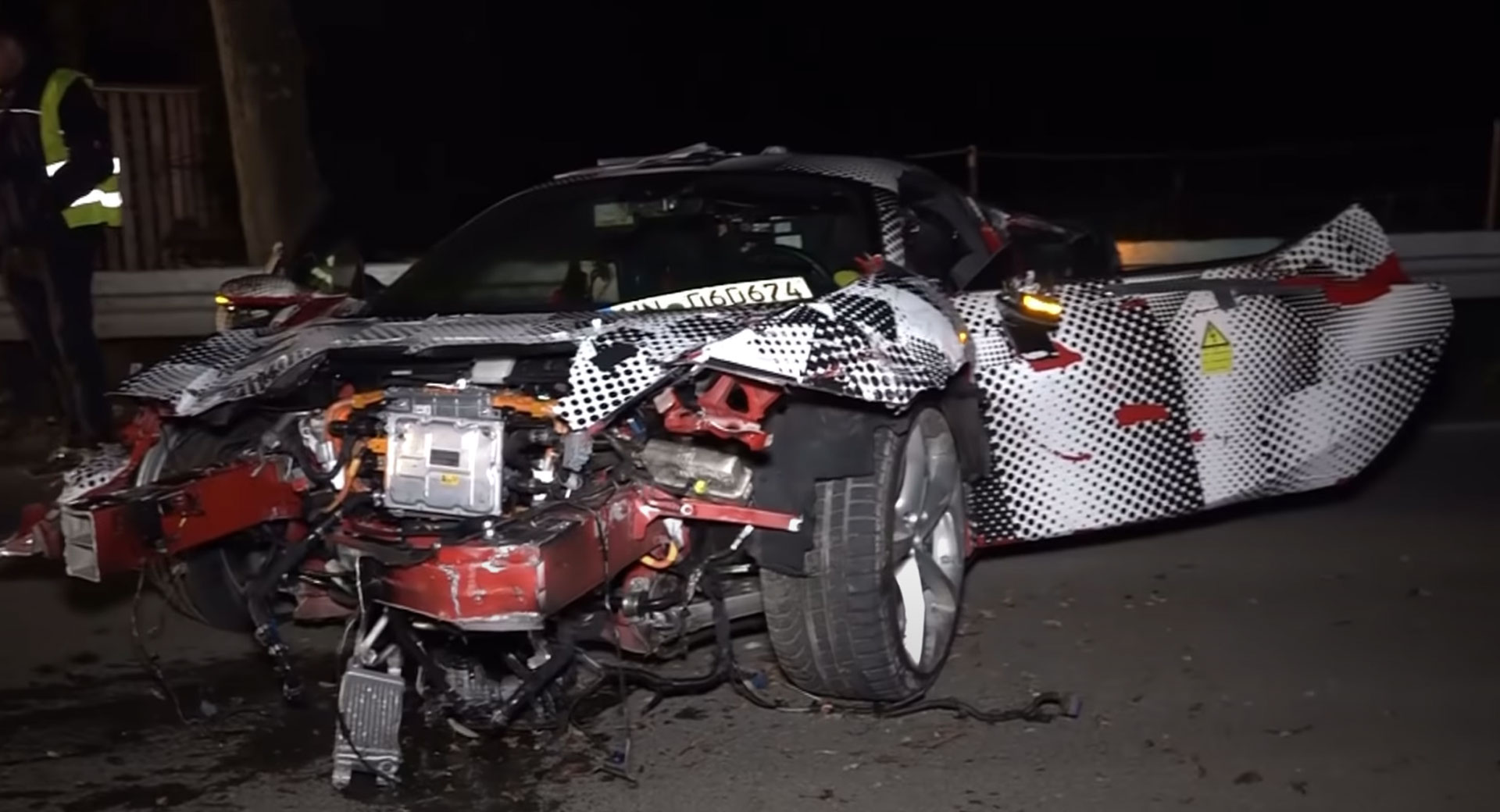 A Ferrari SF90 Stradale prototype was destroyed over the weekend in a crash.

The incident happened near Hoffenheim, Germany, and footage taken after the crash shows that this wasn’t a production SF90 as its exterior was clad in black and white camouflage. A look inside the cabin also reveals heaps of testing equipment and additional displays used to monitor different streams of data.

Local media reports that the driver of the Ferrari initially crashed into a barrier on the side of the road. The hybrid supercar then impacted the barriers a number of times before coming to a rest with damage across most of the exterior. As if that wasn’t bad enough, the car’s small battery pack is said to have caught fire after the crash.

Nearby fire crews responded to the crash and while it was their first time dealing with an EV fire, they were able to quickly extinguish the blaze.

It remains unclear just what Ferrari has been using this prototype for. Obviously, the SF90 Stradale has been on the market for a couple of years ago and while this car appears to have all the same bodywork as the production car, it could be testing something new, although at this point we have no idea what that might be. In any case, the engineer behind the wheel clearly didn’t have a very nice day.