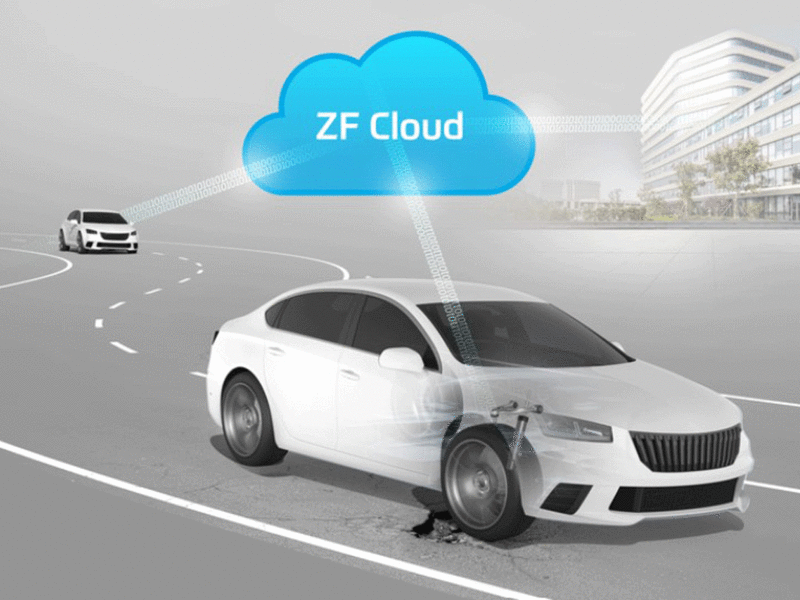 ZF Friedrichshafen said it is moving its business, production and industrial processes onto the cloud as it expands its partnership with Microsoft.

The German auto supplier on Tuesday said it will digitalize all of its processes on the Microsoft Azure cloud platform — a move that ZF expects will generate far-reaching benefits across its business.

The company said moving the platform onto the cloud would allow for greater autonomous driving capabilities, more efficient factories and workplaces and a better understanding of a rapidly evolving global supply chain.

“It has become very clear to us that we have to have data to manage our business, and that data has to go across the whole of ZF group. It cannot be local,” said Martin Fischer, a member of the ZF Board of Management, in an interview with Automotive News.

Fischer did not say how much the company is spending on the partnership, though he said it was a “long-term contract.” In a news release, ZF said it was investing “billions of euros” on digitalization in the coming years, including a “significant amount” in the Microsoft collaboration.

The move is the latest example of a major auto company deepening its relationship with Microsoft. In recent years, Volkswagen Group has partnered with the tech giant on cloud computing for connected vehicle and autonomous driving technology, while supplier Robert Bosch said earlier this year it would work with Microsoft to develop a software platform for vehicles.

“We wanted to bring our software development processes to the state of the art,” Fischer said. “And who better to learn from than from Microsoft?”

ZF previously bought cloud storage and other services from Microsoft, but this collaboration will enable “all sorts of creativity” between its workforce and its customers and partners, Fischer said.

“We have a strong belief that it’s all about big data and artificial intelligence,” he said.

In the news release, ZF said it will use Microsoft’s cloud, data, machine learning and artificial intelligence capabilities to “create new products or business models,” including in its automated driving business. For example, ZF said the cloud platform would allow for “continuous data flow” between its autonomous shuttles and their environments.

ZF in recent months has invested significantly in autonomous shuttles, pitching itself in October as a “full supplier” of self-driving shuttle systems.

ZF said it would also be “digitally connecting” its supply chain to the cloud, integrating it with the company’s “sales and operations planning process.” That will allow the supplier “to anticipate internal and external capacity needs” more efficiently, while also providing “seamless end-to-end supply chain visibility.”

Additionally, ZF said Tuesday it will roll out the “Digital Manufacturing Platform” it developed with Microsoft and PwC Germany to all of its factories worldwide after a successful pilot program at a plant in Germany. The platform uses Microsoft’s cloud and data services to make its manufacturing processes “more flexible and more efficient,” ZF said.

ZF ranks No. 3 on Automotive News‘ list of the top 100 global suppliers, with automotive parts sales of $33.4 billion to automakers in 2020.