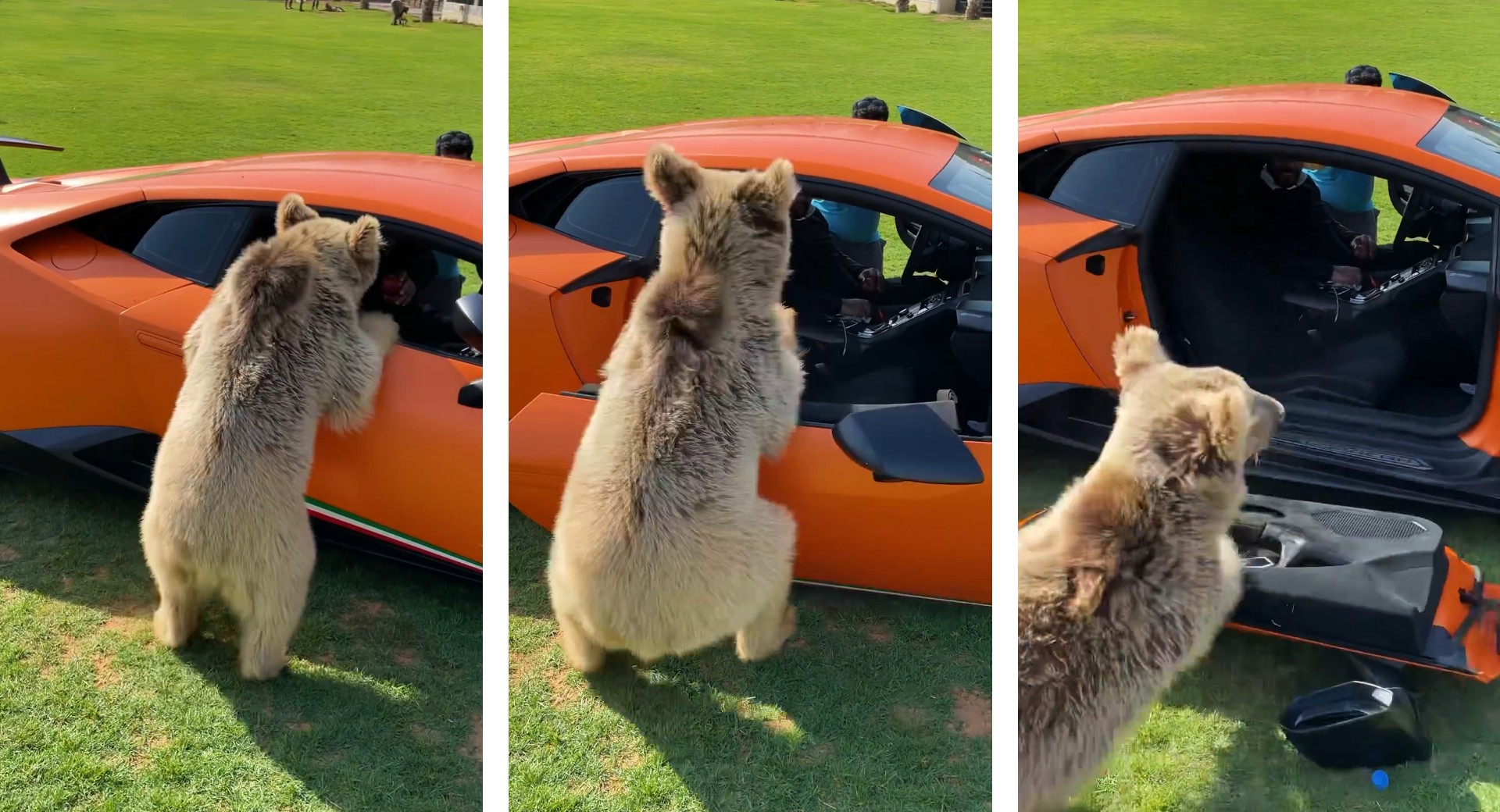 Sometimes pets can cause a mess with their traits, but unconditional love usually makes their owners forgive them. As a new video from the United Arab Emirates suggests, this is the case with a bear who while trying to eat a delicious apple, accidentally ripped the door off a bright orange Lamborghini Huracan Performante.

The bear looks rather young, however it is strong enough to break the door hinges, damaging the Italian supercar. The animal gets startled from the door falling off, however, the owner laughs it off and calls it back to feed it the apple.

So now you are probably wondering who keeps bears as pets. Well, that would be Arab Sheikh Humaid Abdulla Albuqaish, an investor and supercar collector from Dubai who owns several unconventional pets including tigers, lions, hyenas, and snakes. Several videos on his Instagram profile show him playing with wild animals while sitting next to expensive vehicles like a Lamborghini Urus, a couple of Huracans, a Rolls-Royce Wraith, and a Nissan Patrol limousine. Some would be anxious about bear claws damaging the car’s paint, bodywork, and interior but this guy doesn’t seem to care.

While people have criticized the Sheikh for keeping all those wild animals in captivity, he claims that he really loves them and they are well treated inside a climate-controlled private zoo next to his mansion. Responding to allegations, he also states that none of the animals are drugged and they keep all of their nails and teeth.