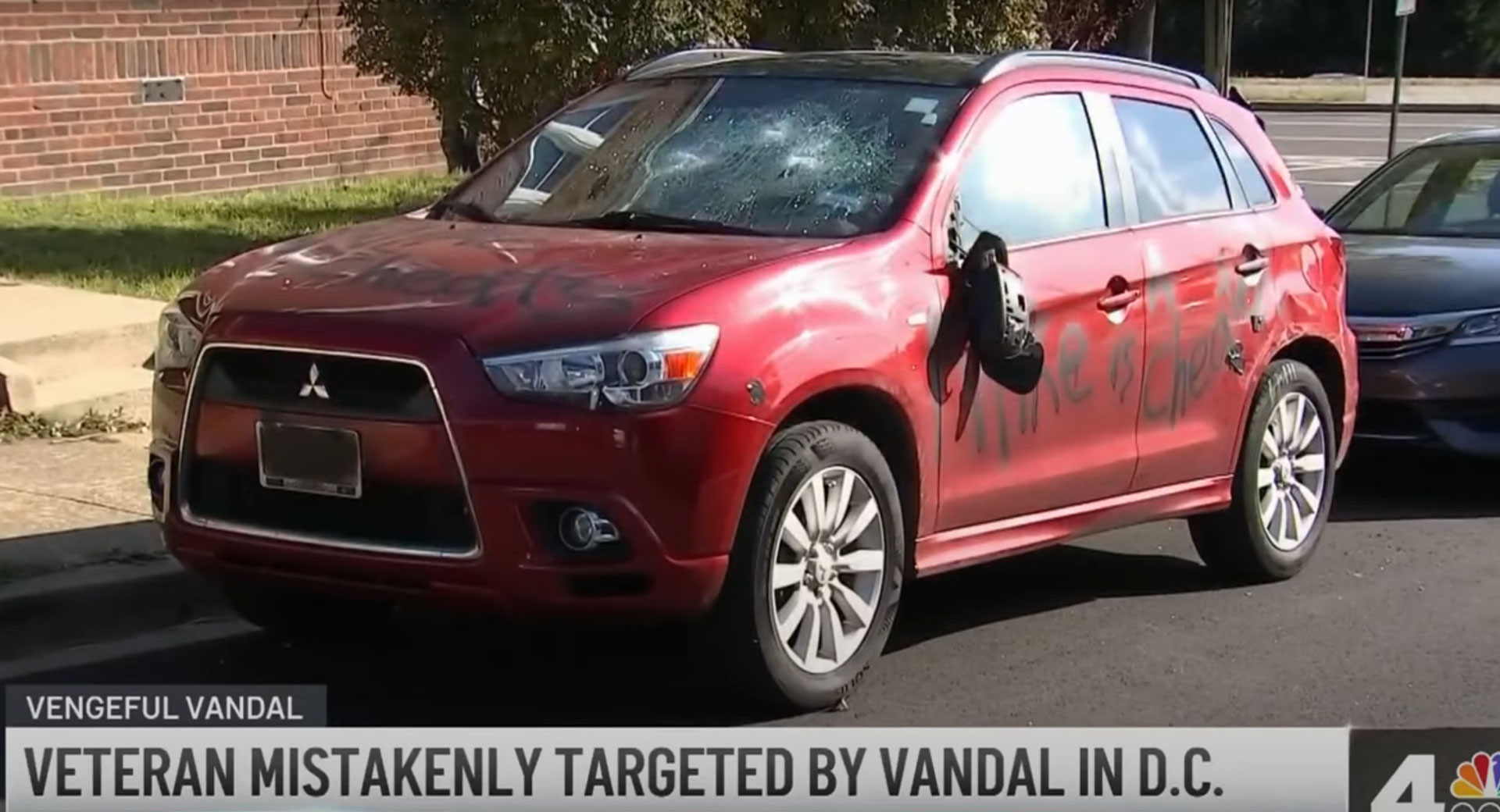 All’s fair in love and war, but someone took that to extremes after apparently finding out their significant other was cheating on them.

In an effort to turn their crossover into a drivable scarlet letter, the apparently jilted ex sprayed painted “Mike is a cheater” on the hood and sides of a Mitsubishi Outlander Sport. However, they didn’t stop there as they also broke the mirrors and smashed the windshield.

That’s some Grade A psychotic behavior, but as NBC Washington reports, there was a big problem. This particular Outlander Sport didn’t belong to someone named Mike.

In their apparent fit of rage, the vandal seemingly mixed up the vehicles and instead destroyed a crossover belonging to a woman named Nedra Brantley. She told the station, in one of the more bizarre news reports we’ve seen, that she doesn’t know who Mike is and hasn’t dated anyone by that name.

Police are investigating the incident, but the vandal remains at large. While that’s unfortunate, Brantley told the station that her insurance company is “taking care of it” and she’s “very happy” with how they’re handling things. That’s good news, but it’s little consolation when your car is mistakenly destroyed because of someone else’s love life.