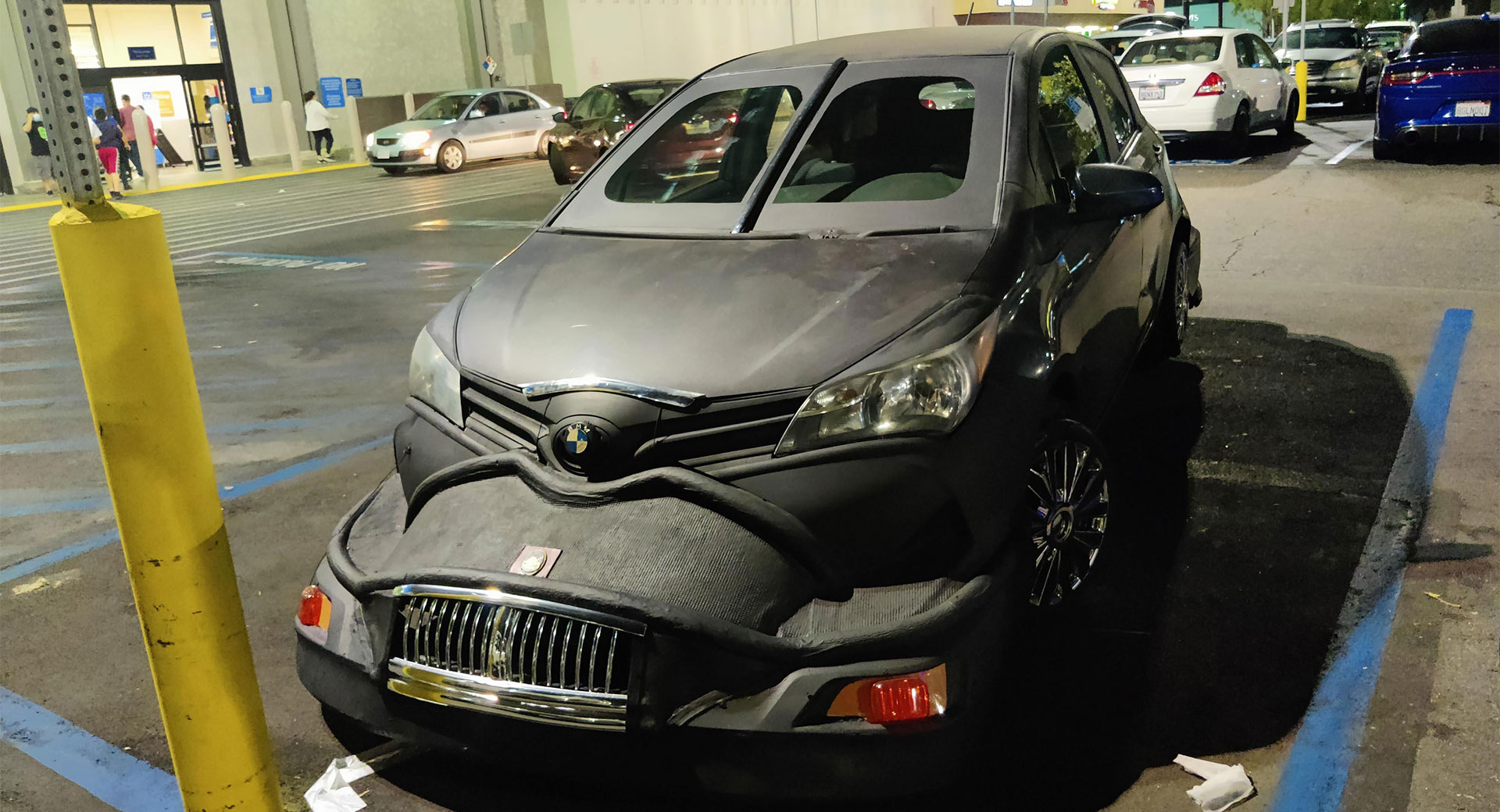 With the exception of the potent GR Yaris, the regular Yaris isn’t particularly striking. In fact, like most hatches, it slides under the radar. Not this one, though.

These images of this modified Yaris were recently shared to Reddit after the hatch was spotted in a parking lot somewhere in California. The owner has made some questionable choices, to put it mildly.

For starters, the front of the Yaris has been equipped with a bizarre add-on bumper with a chrome grille that protrudes out more than a foot from the Toyota’s standard bodywork. It also features a BMW badge at the front while black tape has been placed around the edges of the windshield. There is also a centrally-mounted windshield wiper, kind of like a Koenigsegg.

Watch Also: This Insane Toyota GR Yaris Is As Powerful As A Porsche 911 GT3 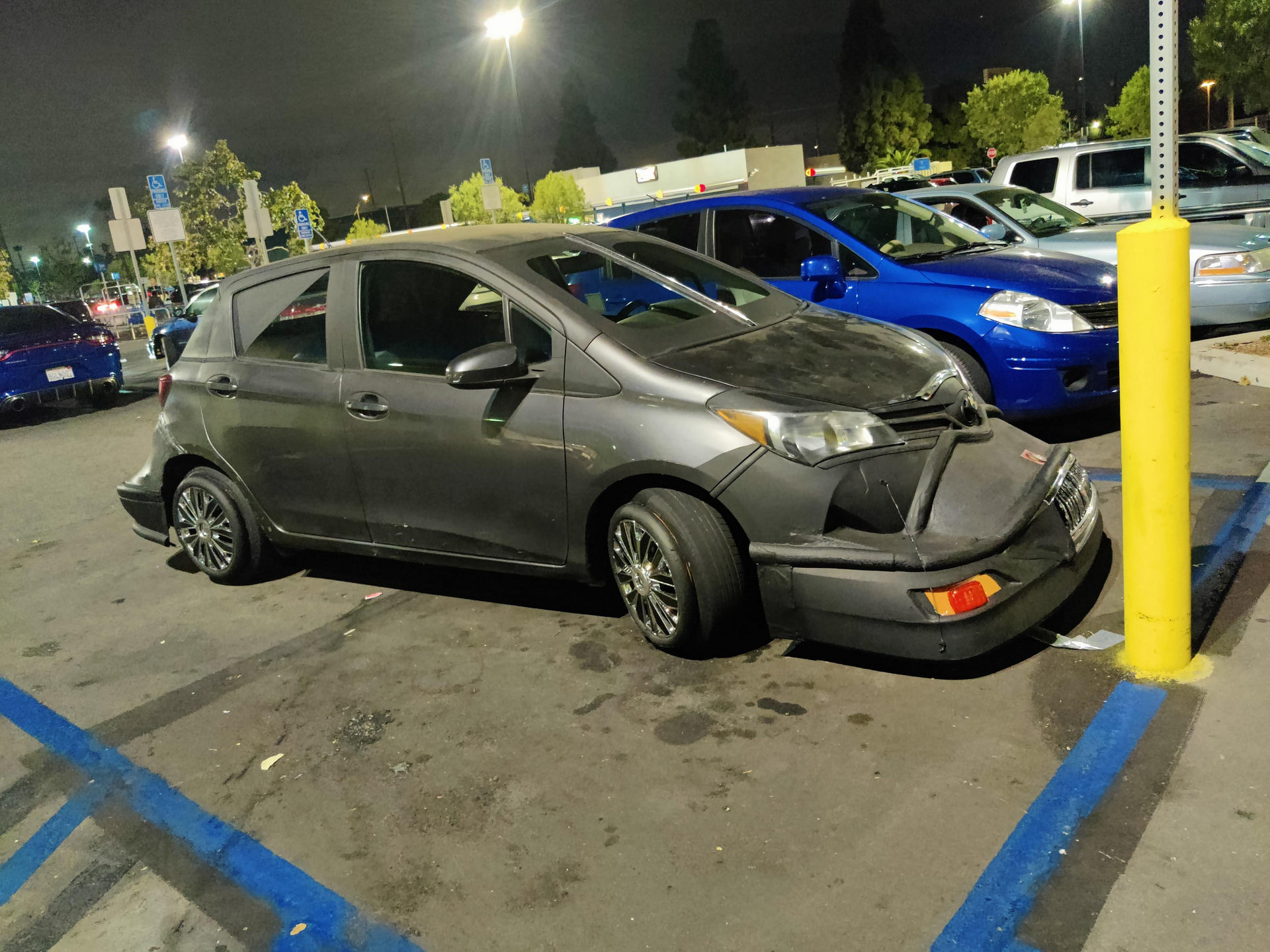 Then there are the wheels. They are worrying, to say the least. Unless our eyes are deceiving us, it appears as though the owner of the car has stuck on thin fake chrome wheels and tires to the actual rims, making for a truly bizarre (and probably unsafe) setup.

The hilarity continues at the rear end where most of the window has been covered up with tape and there is a bumper extension designed in a similar vein to the front bumper.

We have seen some pretty bizarre creations in our time, but this Yaris is one of the weirdest we have ever come across. 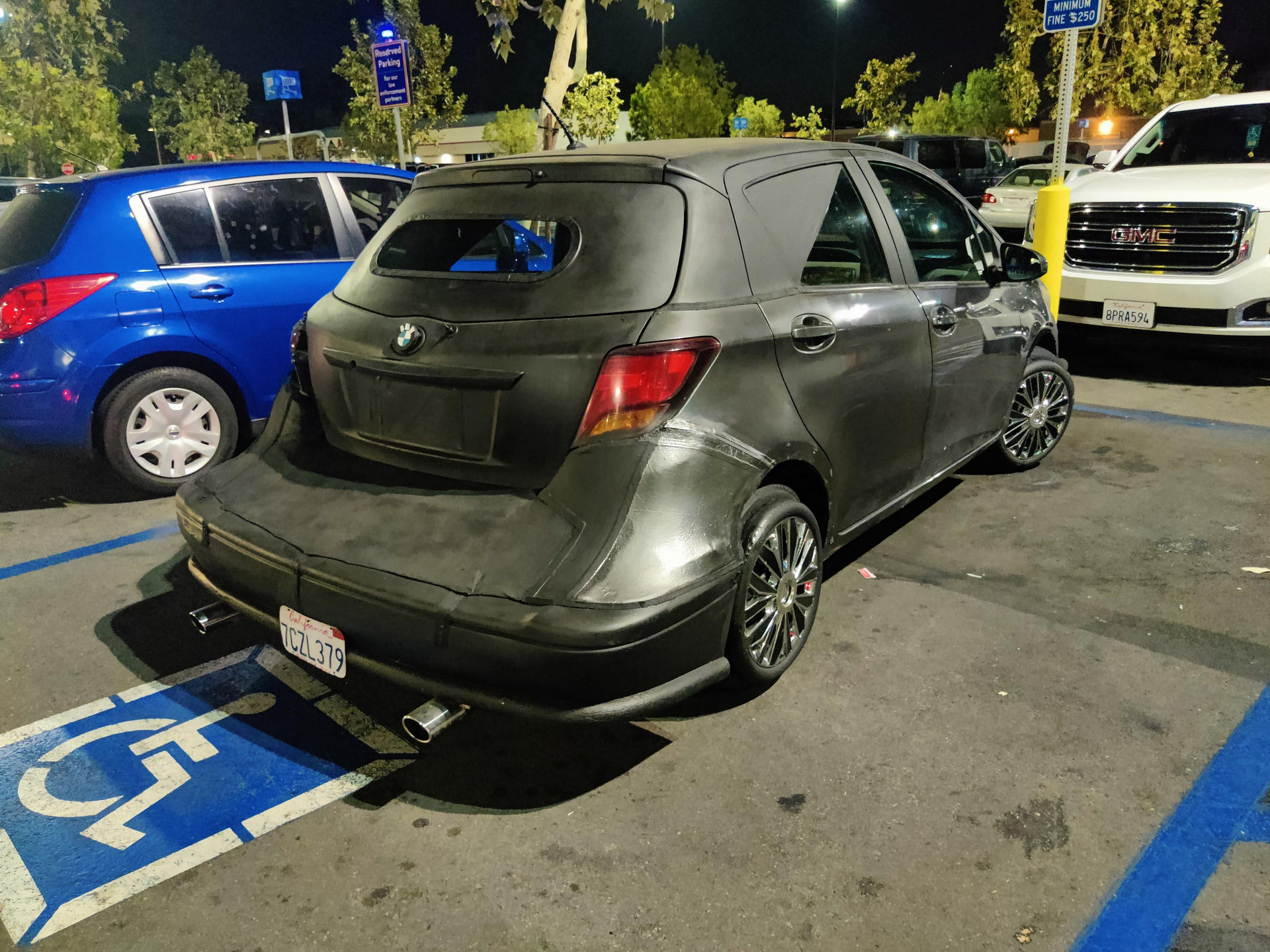