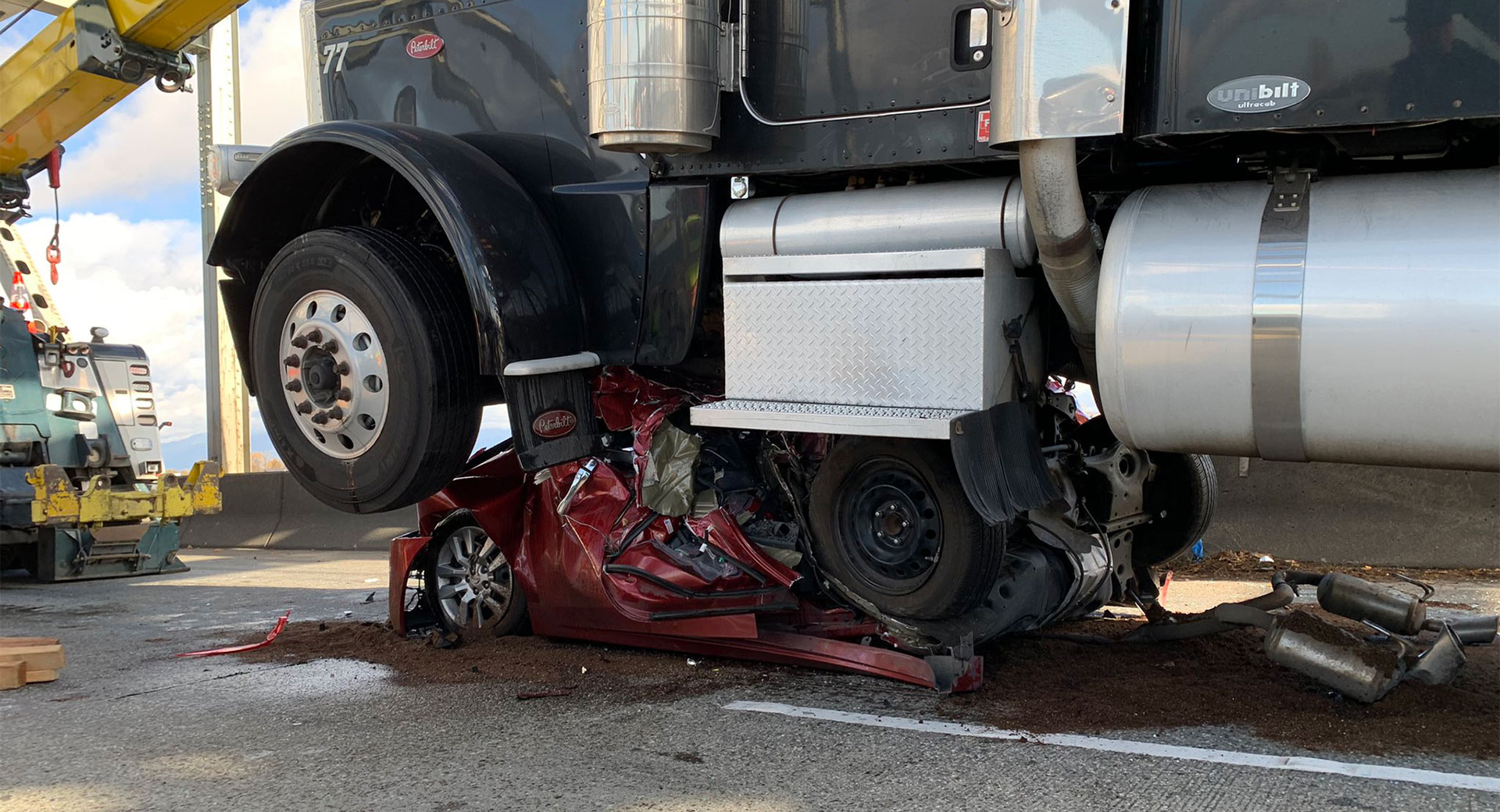 The driver of a 2015 Nissan Altima has miraculously survived a crash that saw a semi-truck completely crush the Japanese sedan.

The incident happened on a bridge in Mt. Vernon, Washington earlier this week and images of the aftermath were posted to Twitter by Trooper Rocky Oliphant.

Speaking with Jalopnik, Oliphant reports that the driver of the red Altima was slowing while following another semi-truck across the bridge when it was suddenly hit from behind by the second truck.

There’s really not a word to describe this collision. Miraculously believed to be minor injuries. The car was struck from behind, folded the car in half, and semi came to rest on top of the car. In my 14 year career, I have never seen anything like it. https://t.co/iUsSNIhHYV pic.twitter.com/EPGI70s3Um

“The momentum from the rear semi-truck continued and kind of caused the [Altima’s] rear bumper/trunk area to fold on top of itself,” Oliphant described. “It kind of created a little bit of like a ramp for the truck to just move on top of the car, and it continued forward until it was basically resting on top of that car.”

Photos show that the rear end of the Altima was crushed and folded forwards, meaning the rear wheels were facing up. The entire car was destroyed and it’s not only remarkable the driver managed to survive, but that they also got to walk away with minor injuries.

“It kinda sounded like it was going towards a fatality collision when he initially saw it,” Oliphant said of the Trooper who first attended the scene. “But then when he was walking around the scene, he could hear someone talking from the car asking for help.”

Authorities called in a tow truck that was used to lift the semi-truck from the Nissan. The female driver of the Altima then crawled out of the car and walked from the scene with nothing more than some rib pain and minor head pain. 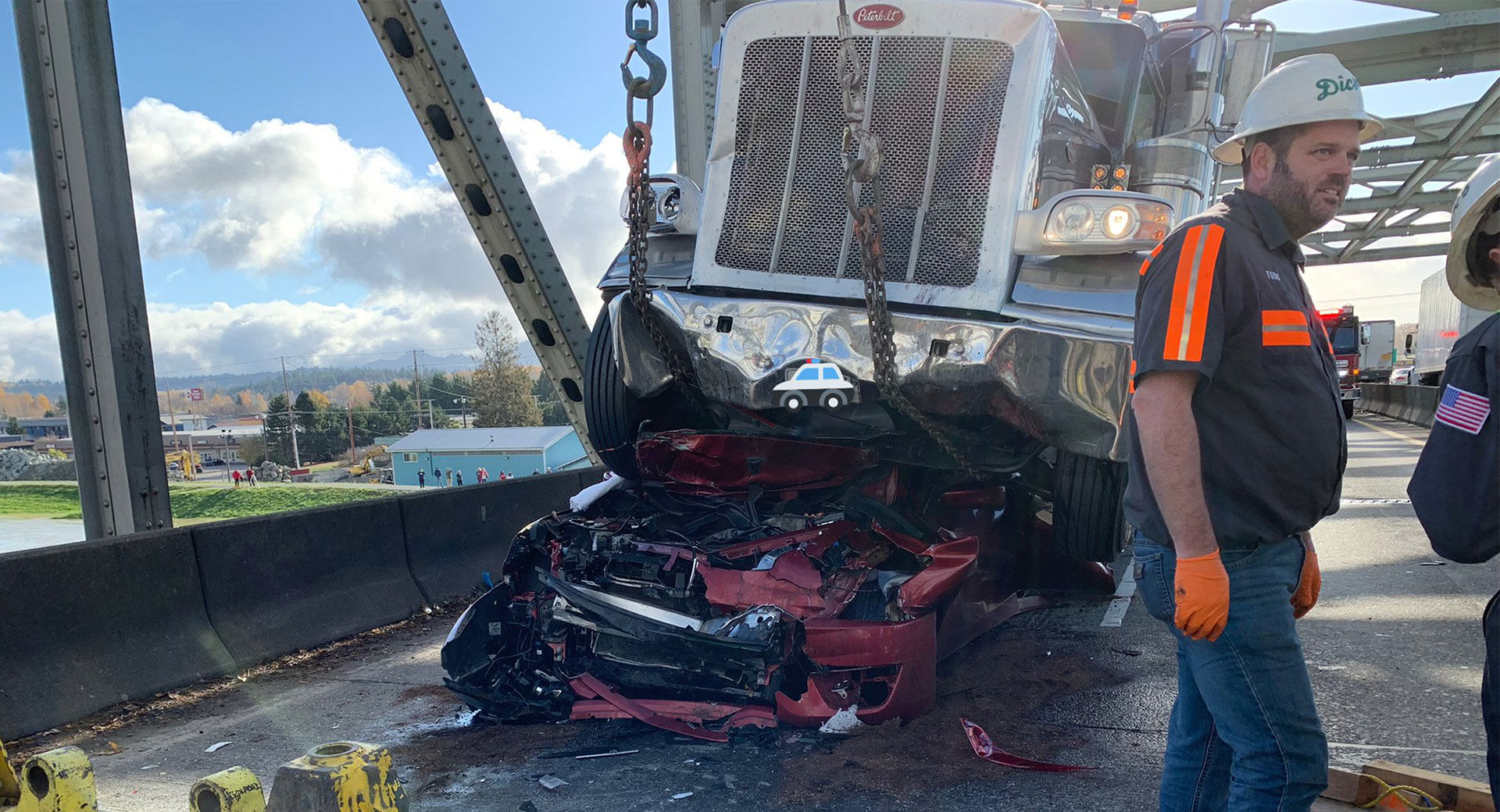