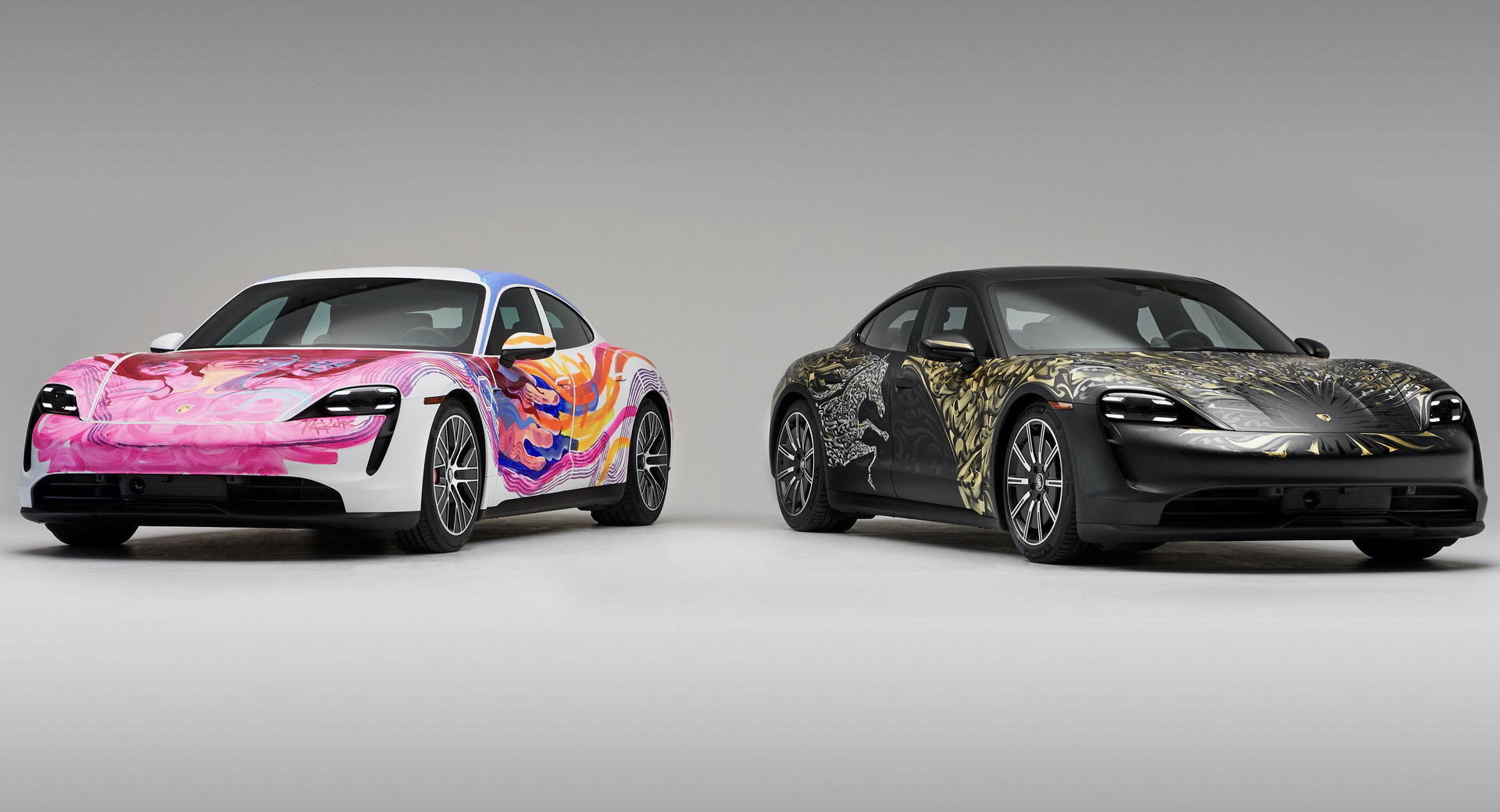 Porsche has a rich history of art cars, ranging from Janis Joplin’s psychedelic 356 to Richard Philip’s 911 RSR from 2019. But for its most recent art cars, Porsche chose to offer the Taycan to two artists.

The automaker partnered with Art Battle, an international organization that brings up-and-coming artists into competition for a time-limited knock-out competition. For a recent round of Art Battle Canada, two artists, Rei Misiri and Megan Claire Keho, used the Porsche Taycan 4S as their canvases.

At an event dubbed “The Art of Electric,” Misiri was given a black Taycan. The Toronto-based calligraphy artist specializes in murals and cars. His work is “inspired by different cultures and aesthetic elements from nature,” he explains. His favorite technique is the use of bold but delicate pen and brush strokes in metallic paint against a black background, and the Taycan was no exception. 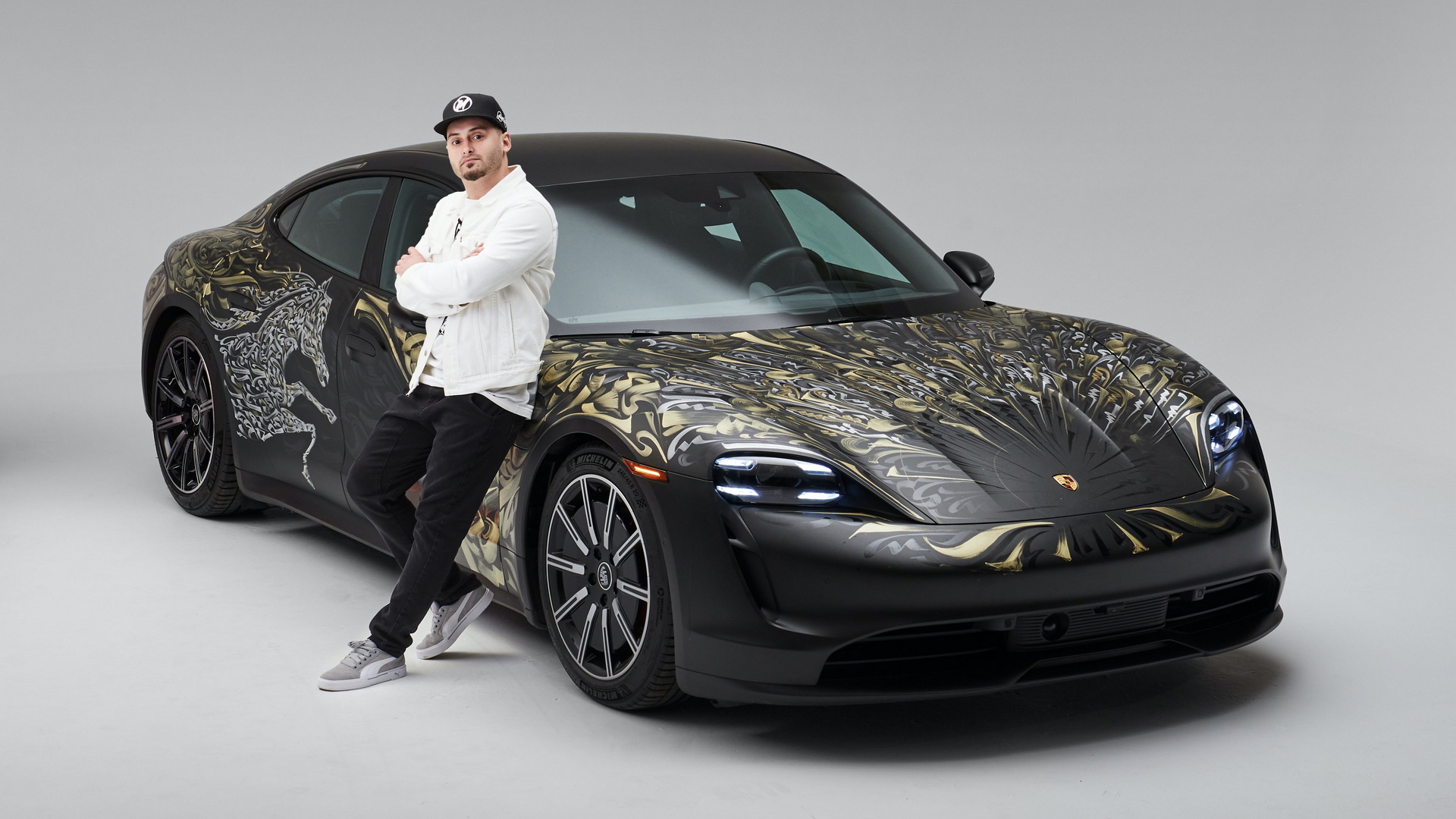 Keho, by contrast, was given a white Taycan because she works with large and brightly colored wall paintings. She says she’s inspired by “people fighting for others and [tries] to create public spaces where important conversations can be had.”

With two hours to create their art cars, the artists were invited to paint in front of a crowd of people. The art battle was also filmed for online audiences via livestream, and it was these crowds who would ultimately vote for the winner. 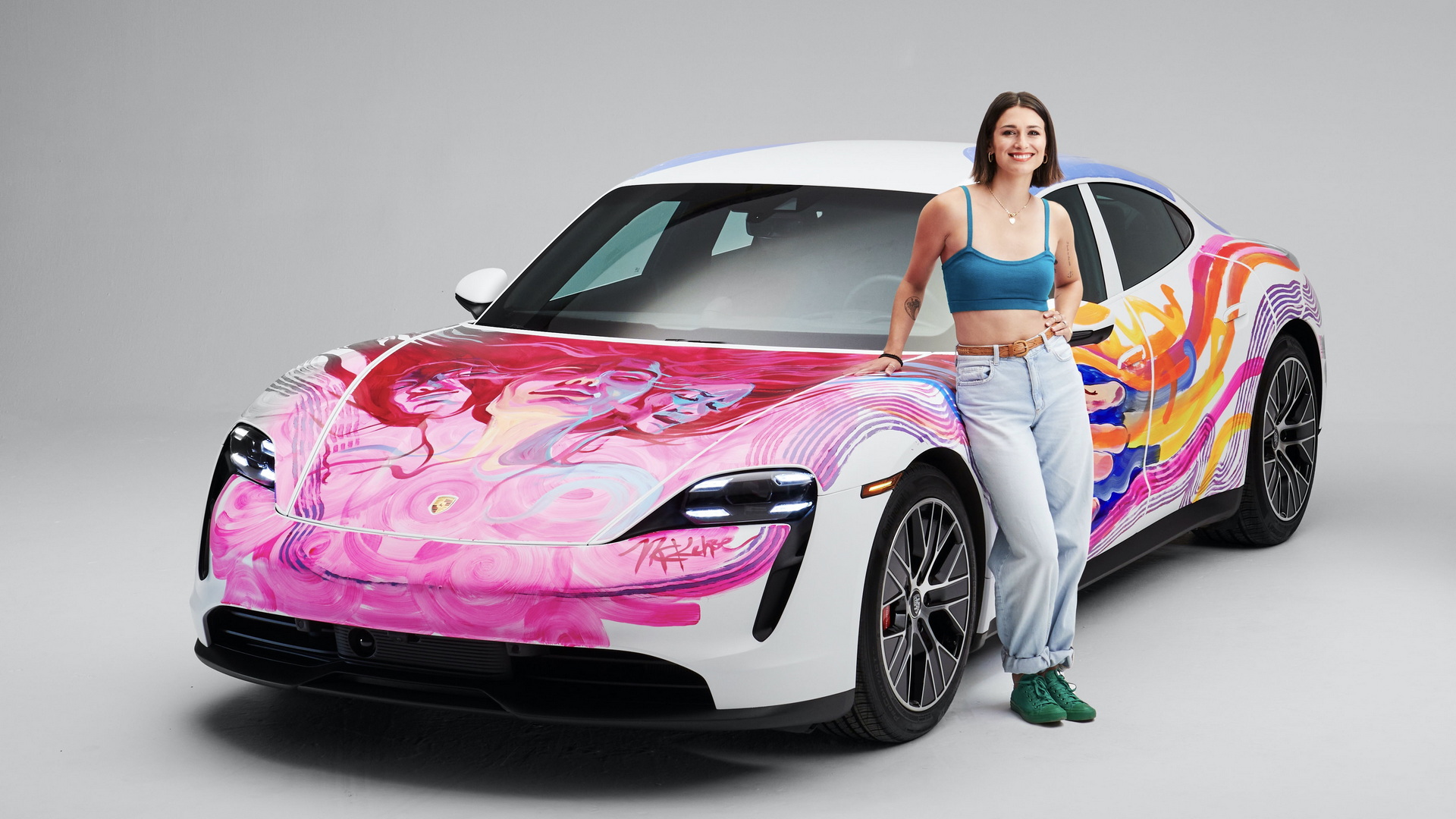 “The pressure’s on,” said Misiri, “but it’s good pressure. Time is limited so you have to be a bit more strategic, but you also have to make sure to be in a good mood, feeling inspired and there to have fun and share what goes on in your mind!”

Keho, meanwhile, found the curves of the Taycan inspiring.

“The Porsche Taycan has got some really sweet curves,” she said. “She’s electric, she’s responsible but she’s also hot, and you don’t always see those two paired together. I want it to look the way it feels when you drive it—that soul connection where your car becomes an extension of your body.” 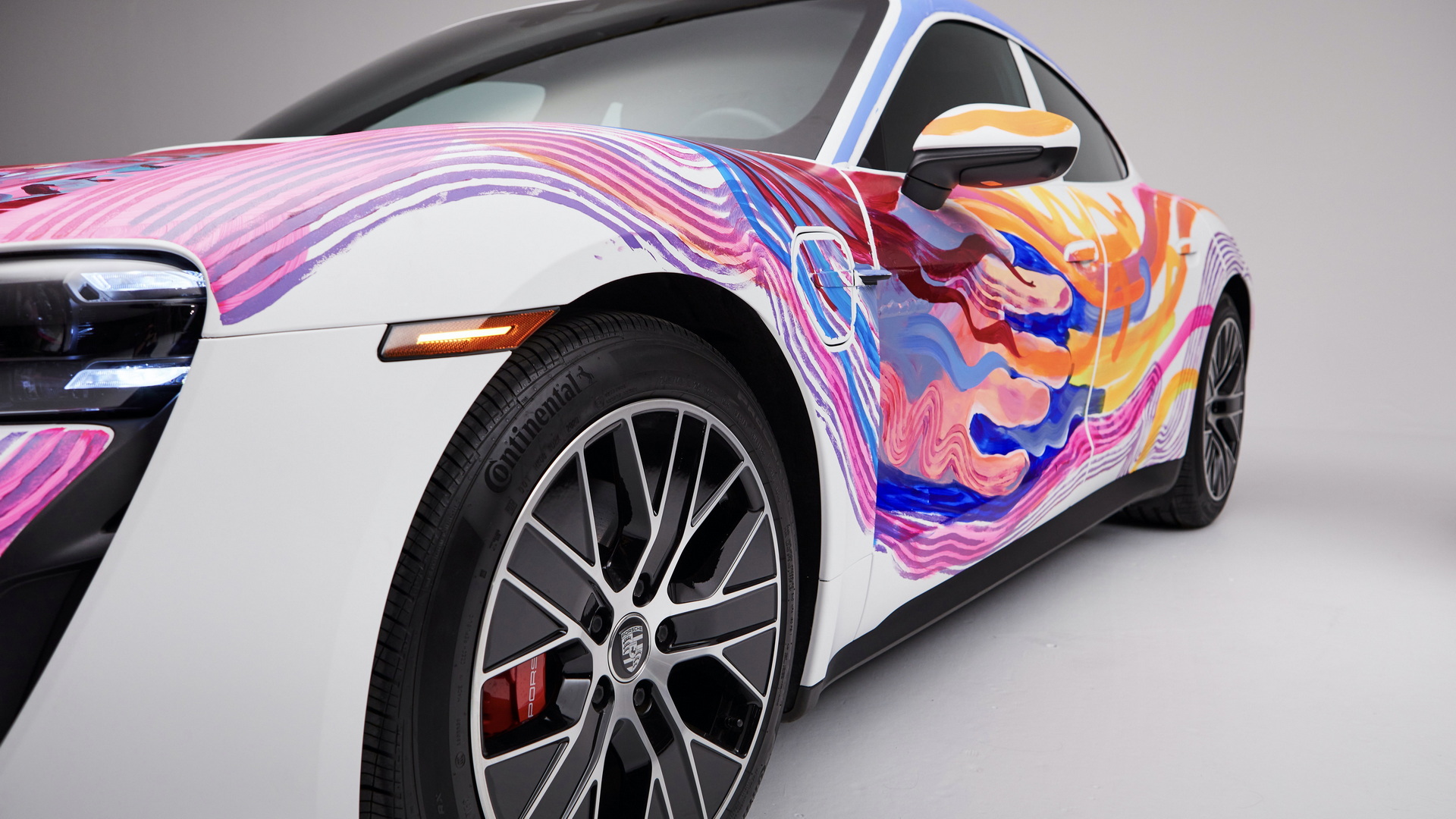 In the end, the black and metallic Porsche painted by Misiri ended up winning by a small margin, giving him the opportunity to continue on to the Art Battle Toronto finals. If he wins there, he can go on to the National Championships.

The cars, meanwhile, will be used by Porsche Canada at media events, but not before the artists are allowed to get behind the wheel of their cars. The cars will eventually be sold, but Porsche says that, unfortunately, the artists actually painted on wraps, which will be taken off before they go on sale. Feels like a missed opportunity to me, but I guess I don’t know much about art.