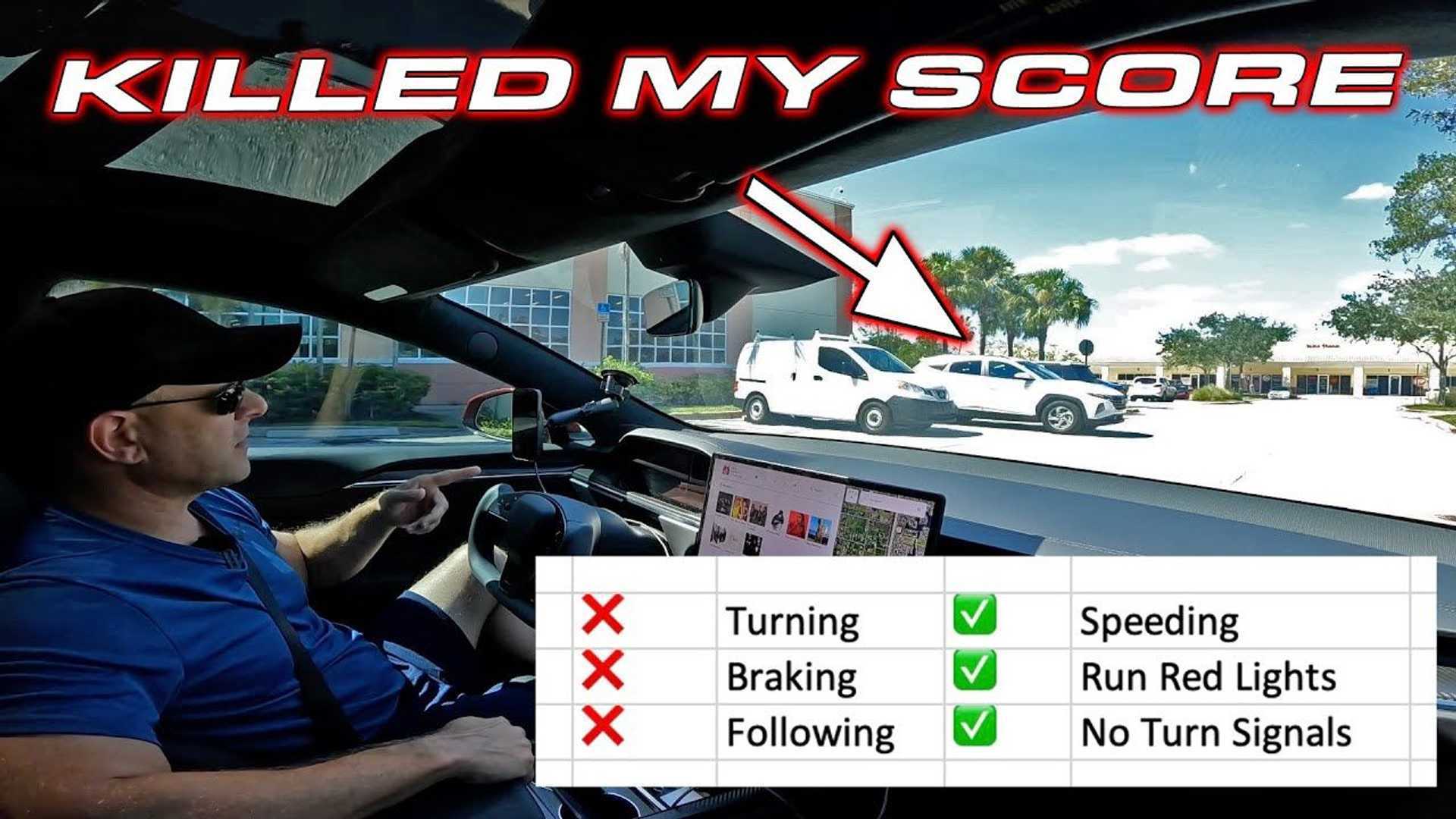 Brooks Weisblat from DragTimes shared a very interesting video this week, and it’s nothing like his usual races and chases. Like many Tesla owners, he’s hoping to eventually get access to Full Self-Driving Beta, and sooner rather than later.

Brooks explains that he’s trying to drive carefully, but also wants to hit the track with his Model S Plaid. This makes for a tough situation for Tesla owners who take their cars to the track, but also need to drive as safely as possible to be considered for a position as a Tesla Beta tester.

He goes on to share that at this point, there’s no way he’s going to be one of the first to get FSD Beta. This is because Elon Musk recently shared in a reply on Twitter that people with a score of 100 will likely get access first, followed by those with “99, 98, etc.”

While Brooks has been trying to drive carefully, his scores aren’t even close to 100, so he’ll be waiting regardless. He explains that someone stopped hard in front of him and he had to stop, plus the collision avoidance system kicked in. Even though he believes he was driving safely, since he stopped to avoid an accident, he lost points for the braking. Brooks decided it would be interesting to capture video of a drive to see exactly what Tesla’s Safety Score considers “good driving.”

Keep in mind, Tesla has made it clear that the Safety Score is a Beta product, and like its other software, it will be tweaked and updated. It’s far from perfect, and Musk knows that, but it’s a start. Moreover, it’s a way for Tesla to try to incentivize better driving from its owners.

That said, Brooks heads out with the camera rolling. As you’ll see, the Safety Score system lets him drive too fast, ignore red lights, and not use his turn signal. However, it takes points away based on braking, turning, and following.

Even with Brooks’ video footage, people can argue either way. Some folks have shared scores of 100, while others have said it’s difficult to score well. Something can be said about a driver following too close, which then leads to braking too hard. In addition, taking corners quick enough to “upset” the system seems to be a reasonable reason to take points away.

The best part about all of this is that Tesla can take all of these situations into account, and use over-the-air software updates to tweak the parameters. We wouldn’t be surprised if turn signal activation, speed, and response to traffic signals become part of the equation, among many other parameters. As always, let us know what you think by leaving a comment below.