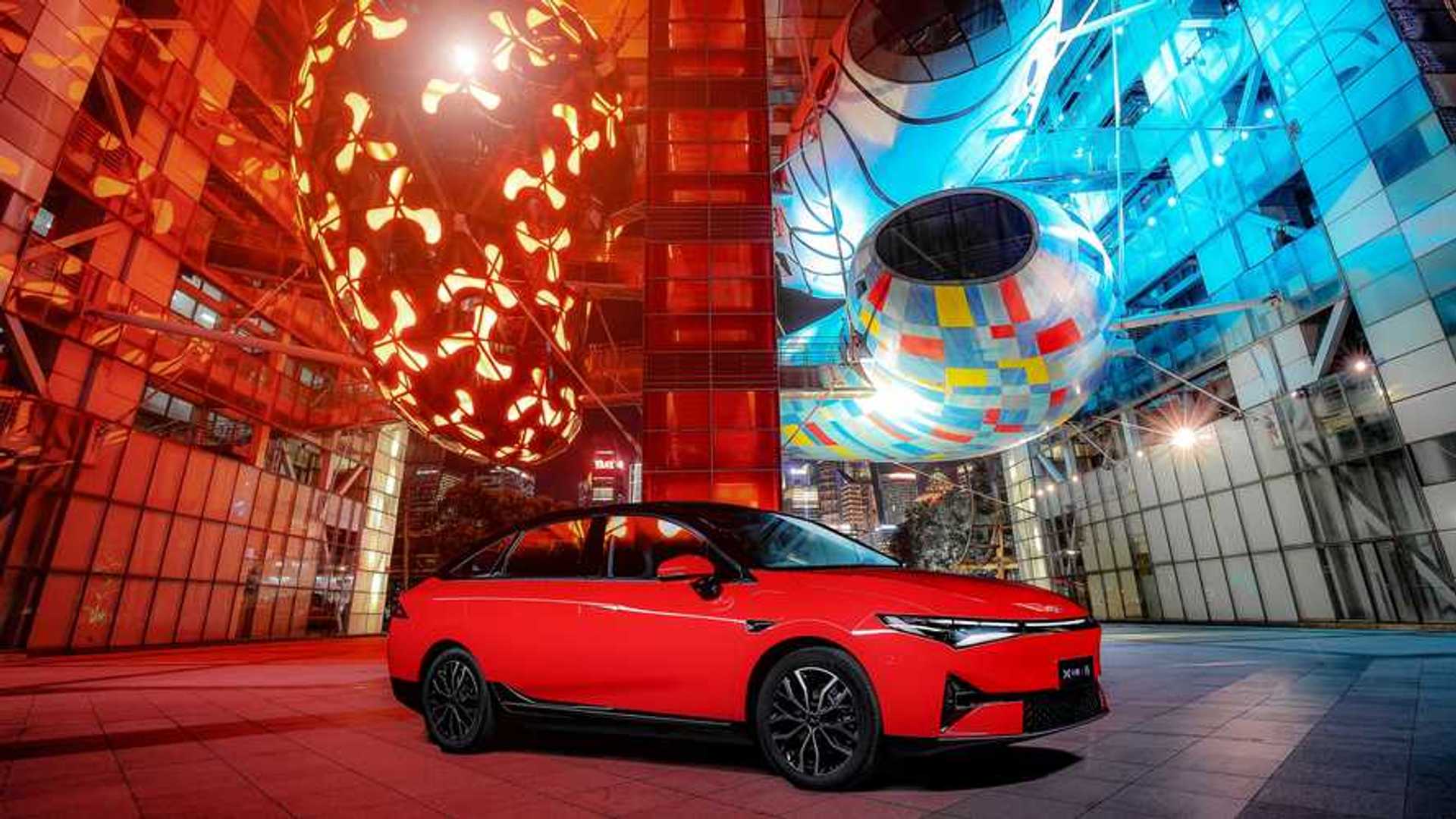 While the XPeng P7 may appeal to me as a driving enthusiast, being a vehicle designed for people who enjoy sports cars, such people don’t really consist a majority among the sedan-buying public. Most sedan buyers (electric or otherwise) these days want comfort, space, and tech, and the new XPeng P5 delivers in all those areas.

XPeng says that an all-wheel-drive version of the P5 is technically possible, but it has so far not shown one. For reference, the mechanically-related G3 (which was recently facelifted and refreshed) has only been offered with front-wheel drive.

When it comes to the look of the P5, you can certainly see the influence of the P7’s design on it. However, while they may seem similar from the front or rear (especially the rear), if you compare them from a side perspective, you will notice that the P5 is much closer to the traditional three-box sedan shape than the more four-door coupe-like P7.

The P5 is still very attractive for a vehicle of its type, but where it really starts making sense is inside. It feels palatial compared to the larger P7, making more practical use of its (shorter) wheelbase – rear legroom and headroom in the P5 are far superior to what you can expect in a P7 and it is therefore much better at carrying people in the back.

In terms of its size, the P5 is comparable to a Tesla Model 3 and has a remarkably good drag coefficient of just 0.223 Cd.

One very unique feature that the P5 has is that you can fold the front seats completely flat so that they line up with the rear seat, thus creating a mattress that you can sleep on. If you don’t find that comfortable enough, XPeng will sell you an optional inflatable mattress that is designed for the vehicle and that really turns the interior into a bed, or a lounge, or a movie theater.

There are actual features called Sleep Mode, Theater Mode and there’s even an optional fridge behind the rear seat armrest like you get in the most expensive luxury cars. Occupants inside will also enjoy the available panoramic glass roof that makes the interior even more welcoming.

He Xiaopeng, Chairman & CEO of XPeng, has spoken of redefining the family sedan as part of XPeng’s push to popularize smart EVs, and you can certainly see the thought that’s gone into the reconfigurable interior, adopting many features only usually seen in Recreational Vehicles, while adding a few unique innovations.

The driver gets a very high-resolution 12.3-inch digital instrument cluster and a very big portrait-style 15.6-inch central display. The latter has superior hardware to the P7’s infotainment and as a result, it is quicker and more responsive to touch inputs.

The P5’s feature that XPeng is most proud of is the LiDAR sensors that it equips the vehicle; the manufacturer points out and is very proud of the fact that the P5 is the world’s first production to feature automotive-grade LiDAR and says its XPILOT 3.5 self-driving tech is the most advanced in the world (XPILOT 3.5 is only available on the 550P and 600P versions).

It relies on 32 perception sensors that include 2 LiDARs, 12 ultrasonic sensors, 13 high-res cameras, as well as radars. XPeng says the latest XPILOT recognizes not only other road users in vehicles, but also cyclists, pedestrians, or potential road hazards too, regardless of exterior conditions or level of visibility.

XPeng’s Chairman He has predicted more than once that “intelligence will redefine mobility as a whole”, and the intelligence visible to date in the XPILOT system certainly bears out this commitment.

XPILOT 3.5 has not yet been released and no independent reviewers have tried it out, but we have seen XPILOT 3.0 in action and it looked very smooth and safe in its operation. We really hope to get a chance to try out this system soon, but based on others’ experiences that we’ve seen, it truly looks like a top notch system.

Finally, it is worth mentioning that the P5 proved to be an instant hit for XPeng. Within the first 53 hours after its official debut, the model had already racked up a remarkable 10,000 orders. This is a very strong contender in its size and price bracket, and that’s not just good news for the Chinese car market, because XPeng will also be bringing the P5 to markets outside its home country, starting with Norway where you can already order the G3 and P7.

After subsidies, the XPeng P5 starts at 157,900 yuan in China, the equivalent to $24,484 (US), with the highest specced version retailing at 223,900 yuan, equivalent to $34,717 (US). Its pricing outside of China has yet to be announced, but it should still undercut similar-size rivals like the ubiquitous Tesla Model 3.