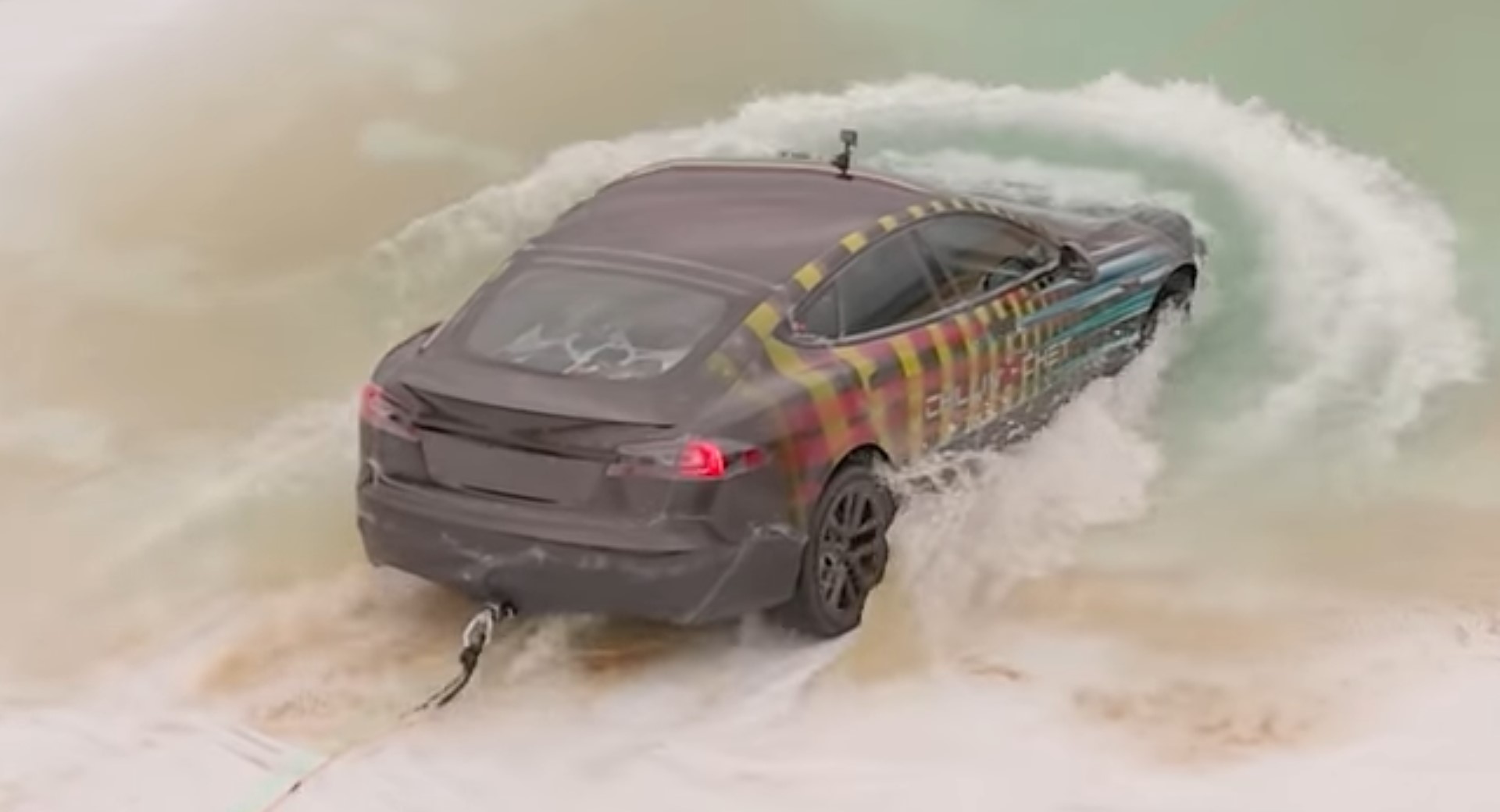 Kind of counterintuitively, it’s theoretically easier to drive an electric vehicle underwater than it is to drive an internal combustion vehicle through the depths below. YouTube’s Chillin’ with Chet decided to put theory into practice by attempting to drive his Tesla Model S under 7 ft of water.

As is so often the case, the application of a theory turns out to be much harder than you might expect, and the test turns out to be a bit of a damp squib (pun obviously intended).

In the end, the challenges of running the experiment prove too much, but it’s a good watch all the same because, if Jeep’s advertising is any indication, this type of challenge may turn out to be a thing in the future and this video does a good job of explaining why driving underwater is so hard. 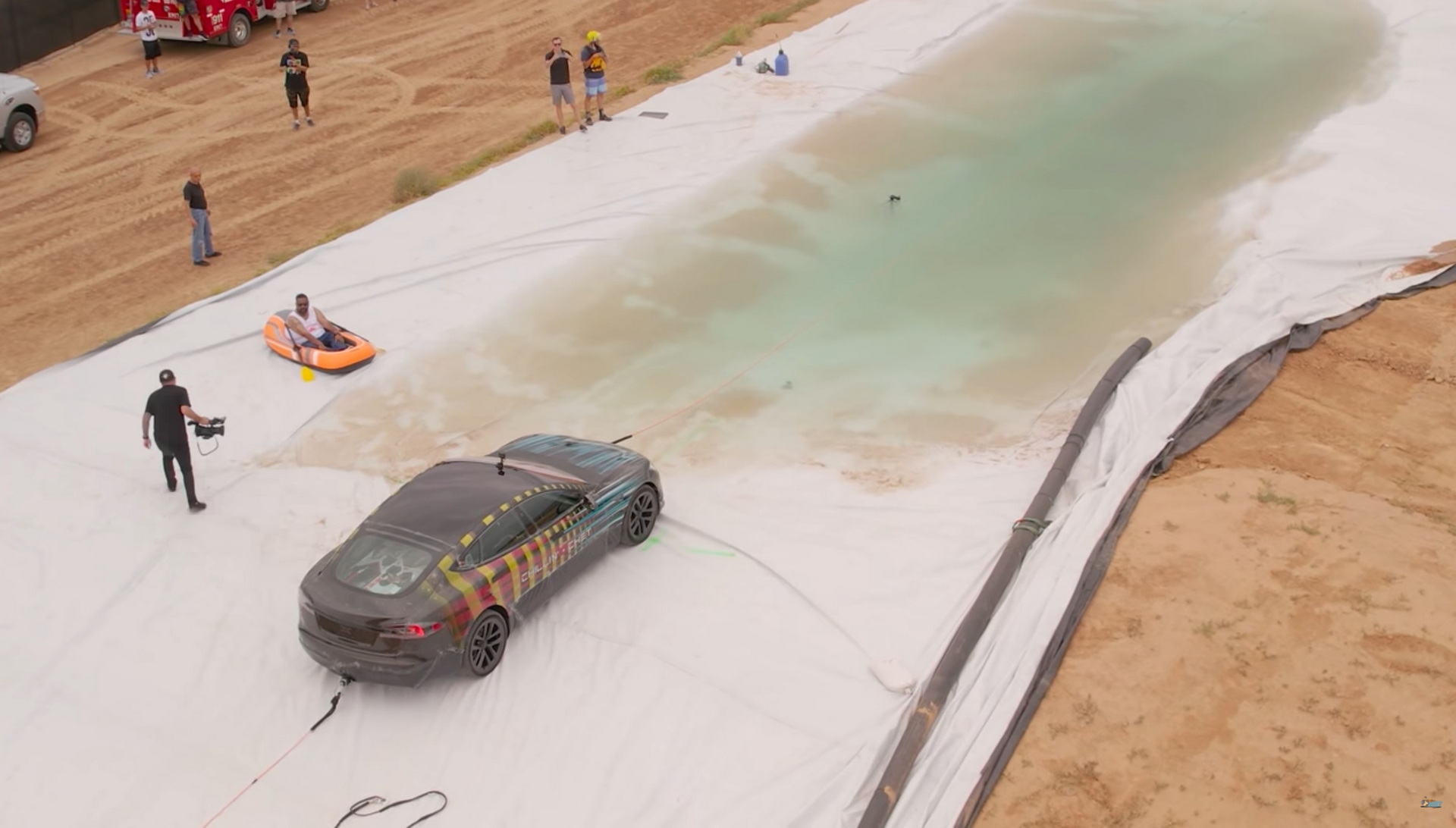 The theory that an EV could drive underwater comes as a result of the fact that electric motors need no air to operate, unlike their gas-powered alternatives. So, as far as power is concerned, a Tesla Model S Plaid should need no modifications to drive underwater.

Nevertheless there is, first and foremost, the risk of a water leak shorting the electric system. Again, in theory, EVs should be well enough insulated to handle a good amount of water because you don’t want them to short-circuit if they come across a flood – or, in a extreme scenario, crash into a river.

Then there’s the driver and the need for air. What this video really struggles with is balancing out the need to introduce as little water as possible to the electronics and the need for the car to actually sink. The power of buoyancy is, apparently, mighty.

Even with nearly 4,000 lbs (1,814 kg) of added weight, the car floats across the watery ditch rather than sinking into it. The test is a bit of a flop then, with the car refusing to sink, kind of shutting down but not exactly breaking down, and finally driving itself out of the water but not through it. All of which fails to answer the question whether the Tesla will drive underwater. But the process of finding out is worth a few minutes of your day.