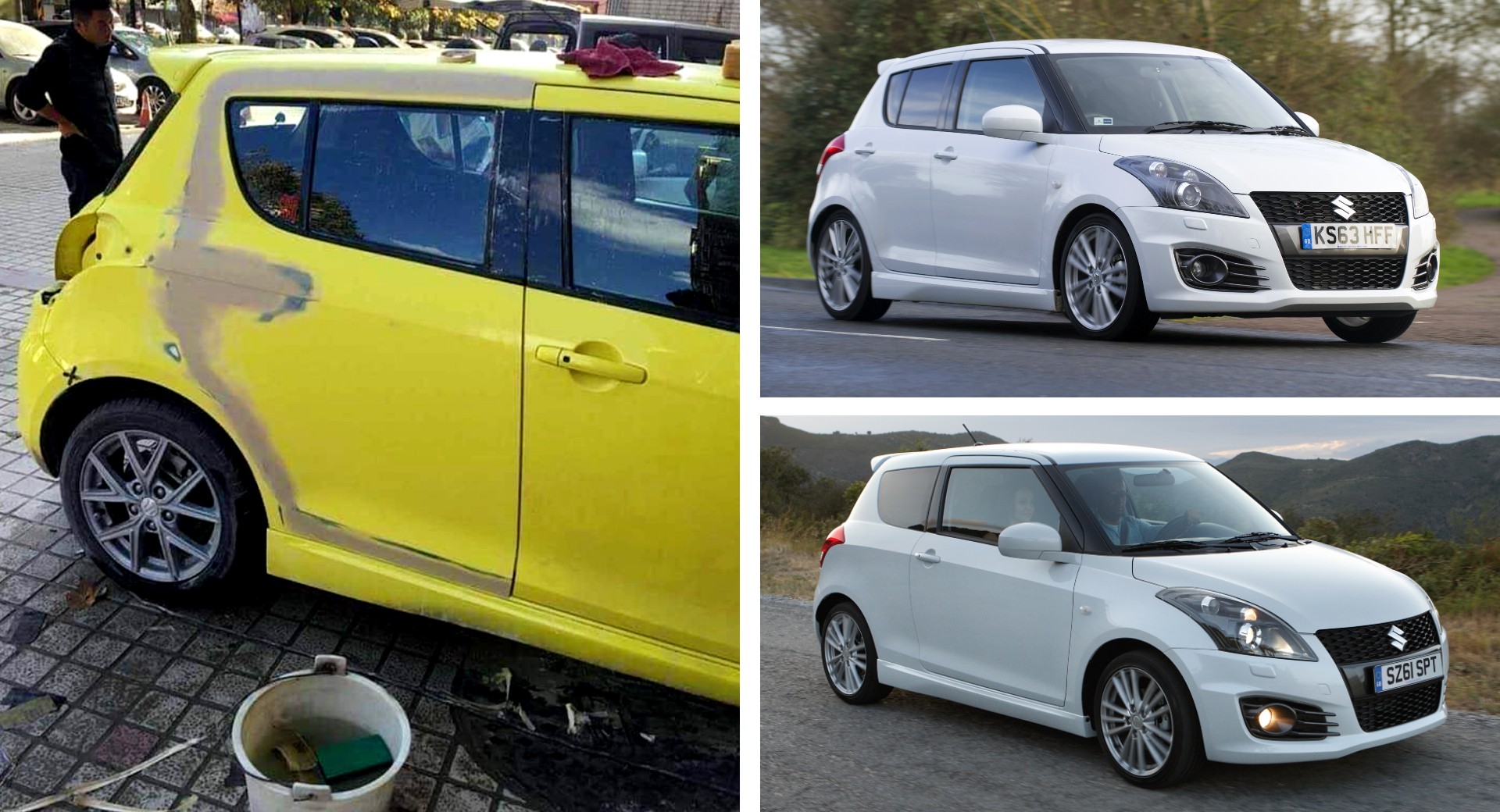 The internet is full of weird things, and every once in a while we come across something that seems really off. This is the case with a set of pictures showing a three-door conversion of a five-door Suzuki Swift, when there was a three-door variant available right from the factory!

For those who are not familiar with this model, the second-generation Suzuki Swift sold between 2010 and 2017 as the last one to be offered in both three-door and five-door variants (the current Swift is exclusively offered as a five-door model). The performance-oriented Swift Sport (ZC32S) was distinguished by a sporty bodykit and was fitted with a naturally aspirated 1.6-liter four-cylinder producing 130 hp (100 kW / 136 PS) and 160 Nm (120 lb-ft) of torque mated to a six-speed manual transmission.

The pictures were taken in 2018, presumably in China. They show a local shop performing a rear-door-delete on a yellow five-door Swift Sport. The process includes welding together the rear doors, removing the door handles, and carefully adding material in order to make the panel gaps disappear, merging with the rest of the bodywork. The end result looks quite nice, although the extra pillar on the rear window does seem out of place and the huge gap between the front doors and the rear wheels is kind of weird.

The rear door delete might be well-executed, but the end result suffers in practicality. The front doors of the five-door models are significantly shorter in length compared to the three-door variants, which in combination with the unfoldable front seats makes getting into the rear seats almost impossible. In other words, unless they also fitted reclining front seats, the owner of this Swift practically made the rear bench obsolete. 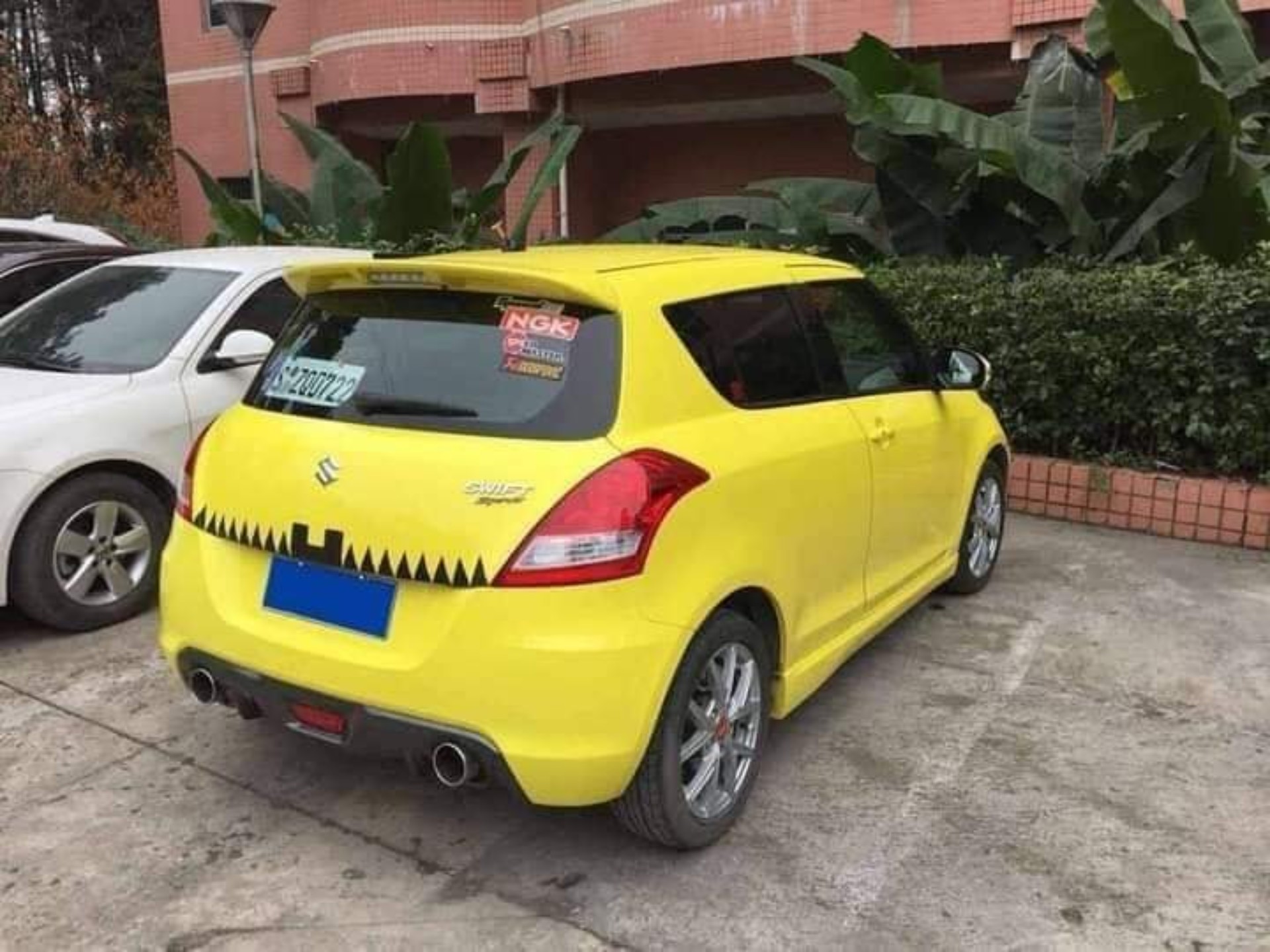 While the world is moving fast towards the demise of the three-door bodystyle in favor of the more practical five-door, we can see why some people are still in love with three-door hatchbacks. What we don’t understand though is why on Earth someone would do such a conversion on a car that was already available in both variants. The only possible explanation would be that he couldn’t find a three-door Swift Sport in his area (maybe it wasn’t available in this market?) and wouldn’t settle with the five-door model.