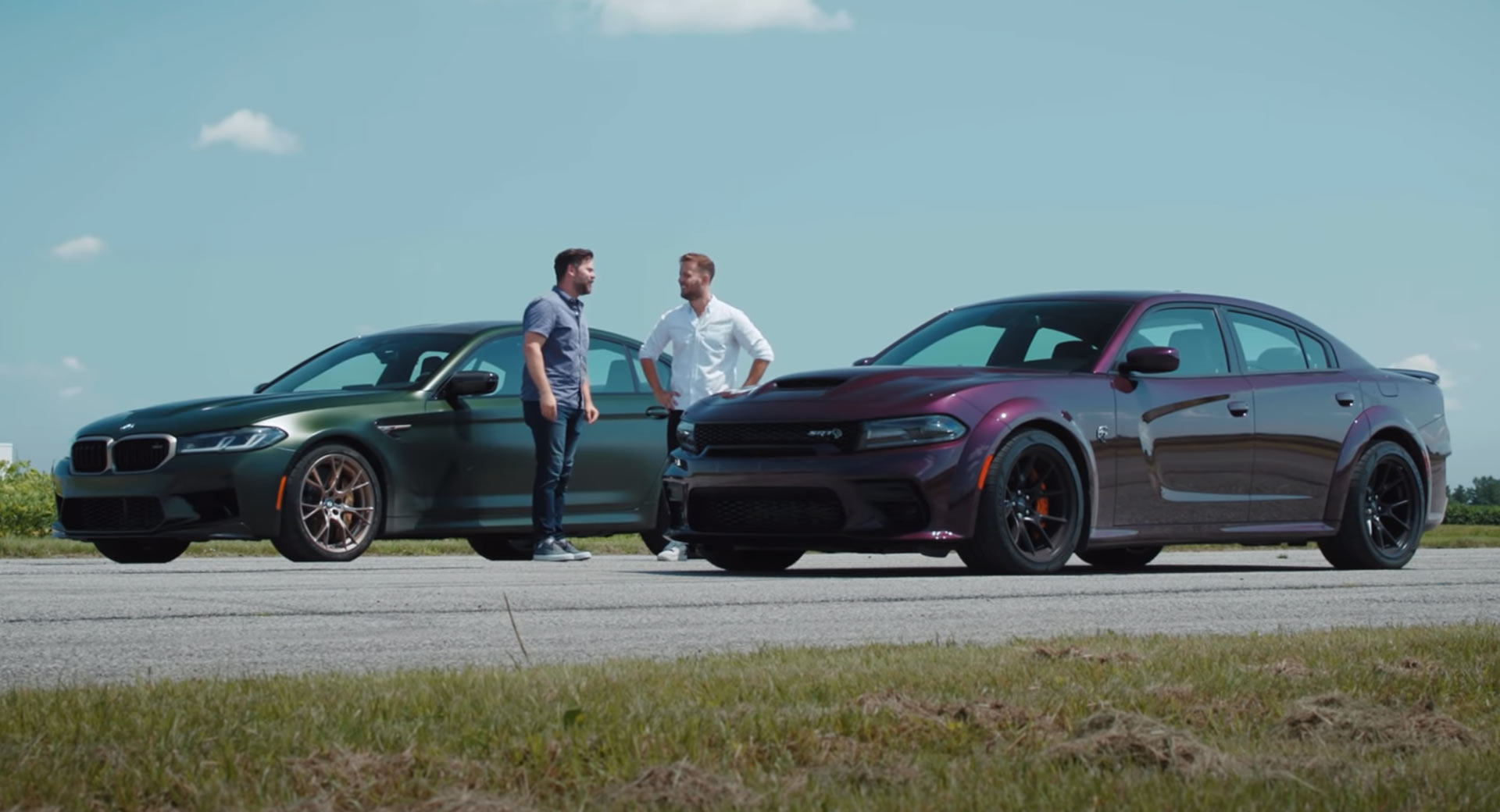 We doubt there are many people cross-shopping between a Dodge Charger Hellcat Redeye and a BMW M5 CS, but as these are two of the most potent super sedans on the market, Throttle House decided to pit them against each other for a series of performance tests.

If you were to simply look at the spec sheets, you could be excused for thinking the Dodge would leave the BMW in its wake. After all, the Charger Hellcat Redeye is powered by a supercharged 6.2-liter V8 churning out 797 hp and 707 lb-ft (958 Nm) of torque. It is the world’s most powerful mass-produced sedan and can hit 60 mph (96 km/h) in the mid-3-second range while sprinting down the quarter-mile in as little as 10.6 seconds at 129 mph (207 km/h).

By comparison, the BMW M5 CS features a twin-turbocharged 4.4-liter V8 with 627 hp and 553 lb-ft (750 Nm). However, after watching this video, one would be excused for thinking the German automaker might have understated these figures.

Off the line, the M5 CS has the obvious advantage thanks to all-wheel drive and a potent launch control system so in the first race, it absolutely destroys the Charger. In the second race, the M5 CS driver doesn’t use the launch control but still easily takes the victory. Perhaps the most telling test is a rolling race between the two where the added grunt of the Charger should help it secure a win. However, it doesn’t, and the BMW actually proves once again to be faster.

The duo are then tested around a track and while we won’t spoil the result, one of them lapped the circuit faster that a C8 Corvette Z51.