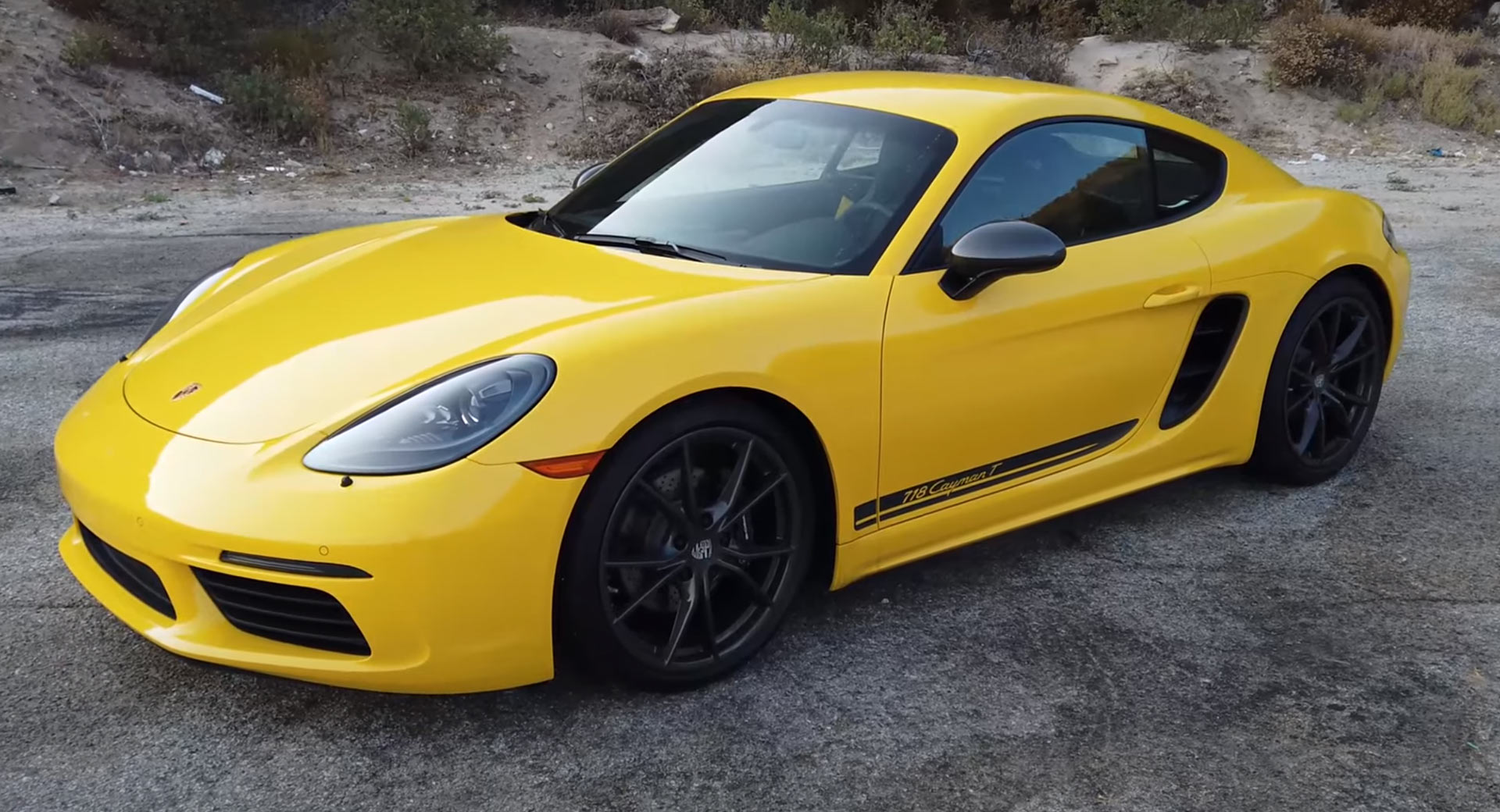 Porsche produces class-leading sports cars for shoppers with all kinds of budgets and for those on the lower end of the market (in Porsche terms…), sells the Cayman T and Boxster T models.

The example tested by Matt Farah in this review was coupled to the available six-speed manual transmission. Farah says that in isolation, this is a good engine but is much more impressed by the 2.5-liter that comes with the Cayman S and Boxster S models. He also says that below 5,000 rpm, it sounds very similar to the boxer-four of a Subaru.

Like any Cayman, the T offers excellent handling and is very easy to drive at its limits. The adaptive suspension also offers superb levels of ride quality and Farah says that it feels very light, hardly a surprise as the Cayman T is Porsche’s lightest model, tipping the scales at 2,921 lbs (1,325 kg).

Ultimately, Farah doesn’t think the Cayman T has enough horsepower. The example tested in this review had a sticker price of $77,000, putting it up there with a nicely-specced C8 Corvette, a mid-engined sports car with 200 hp more.