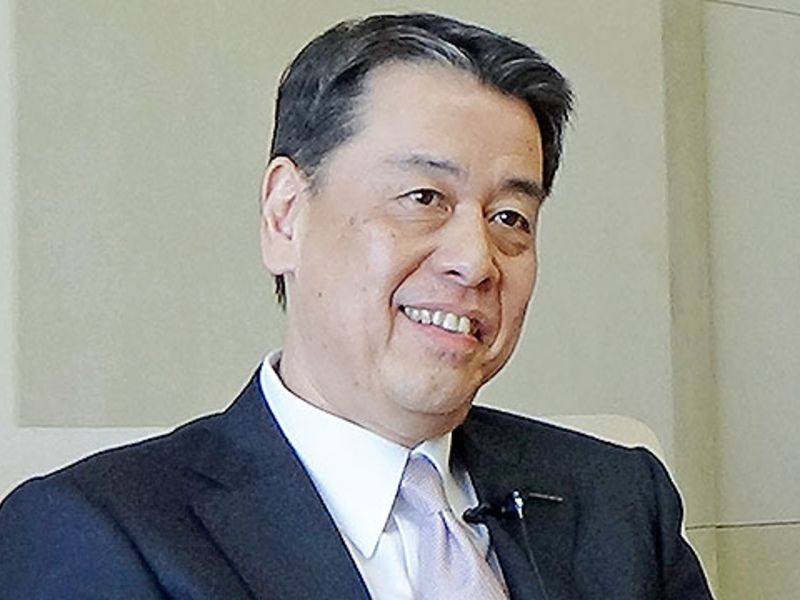 During a meeting with a host of Japanese chief executives on Saturday at the French ambassador’s residence in Tokyo, Macron was told by Nissan CEO Makoto Uchida that trust is growing between leaders of the automakers, according to a Macron aide.

Uchida said he wished to meet his counterparts in the three-way alliance that also includes Mitsubishi Motors, the aide said, asking not to be identified in accordance with government rules. A spokeswoman for Nissan confirmed the meeting without providing details.

The car alliance was shaken to the core by the 2018 arrest of its leader Carlos Ghosn in Japan on accusations of financial misconduct and embezzlement. His removal brought long-running tensions between the companies into the open that were only soothed — at least on the surface — with changes in their top management and renewed pledges to work more closely to share vehicle development and technology.

Macron traveled to Tokyo last week to attend the opening ceremony of the Olympic games, and meet with Japanese Prime Minister Yoshihide Suga. While the two didn’t discuss Nissan, the Macron aide said, the Nissan CEO’s presence at the event to drum up business for French companies was significant because the state is Renault’s most important shareholder.

The lopsided ownership structure skewed in favor of Renault has long been a source of tension between the automakers and any change would have to be approved by the French state. Renault owns 43 percent of the Yokohama-based automaker, while Nissan has just 15 percent of Renault and no voting rights. Nissan, in turn, holds a 34 percent stake in Mitsubishi.

Any discussion of the ownership structure has been overshadowed recently by Renault and Nissan’s turnaround efforts as both companies unveiled plans to stem losses. A quicker comeback by Nissan could put the issue back on the table.

Nissan on Wednesday forecast a return to annual profit for the first time in three years, with the CEO saying the company is “a bit above the water level.”

The leaders of the two companies haven’t seen each other physically since before the pandemic, although they have reiterated regularly that relations have improved and discussions between executives occur regularly. The No. 2 at the Japanese automaker, Ashwani Gupta, traveled to the UK last month but didn’t make it to Paris.

Renault Chairman Jean-Dominique Senard, who’s also vice chairman of Nissan, calls the alliance irreversible, while CEO Luca de Meo has pointed to recent decisions to use the same battery supplier as proof the alliance is working.