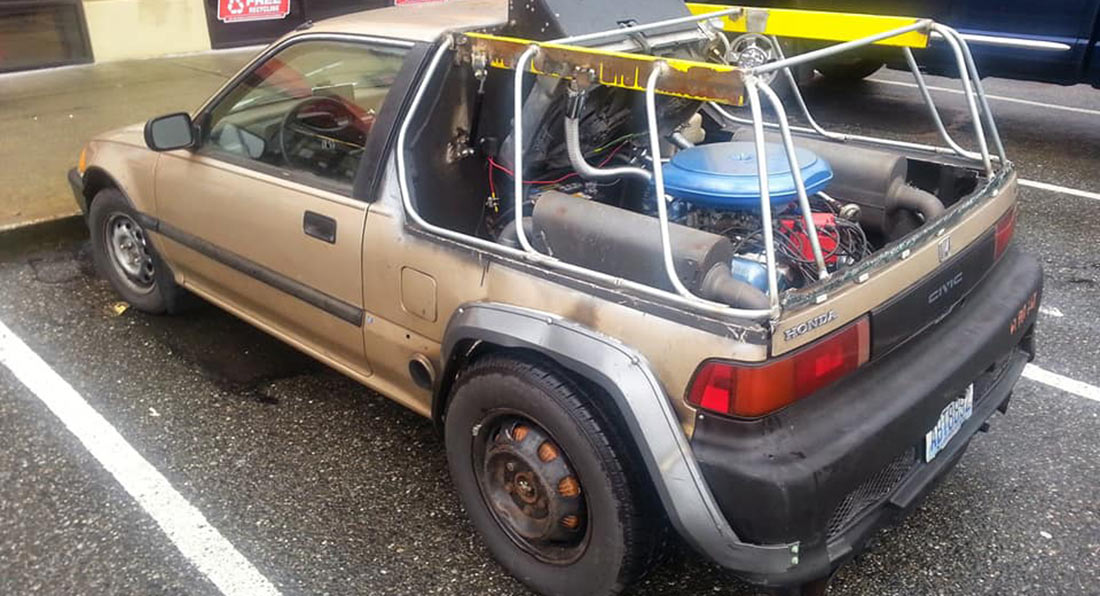 
If you were to come across this old Honda Civic at a set of traffic lights, you could be fooled into thinking you would leave it in the wake of your European hot hatch. However, chances are that this third-generation Civic from the 1980s would shock many sports car owners.

Images of this Civic were recently shared to the ‘Like photoshop, but with welding’ page on Facebook and show a Civic that has had its roof chopped off and essentially been turned into a pickup truck. However, rather than featuring a functional bed, the Honda has a mid/rear-mounted Oldsmobile V8.

Watch Also: 2021 Honda Civic Type R Sport Line Is Tamer – But Not By Much 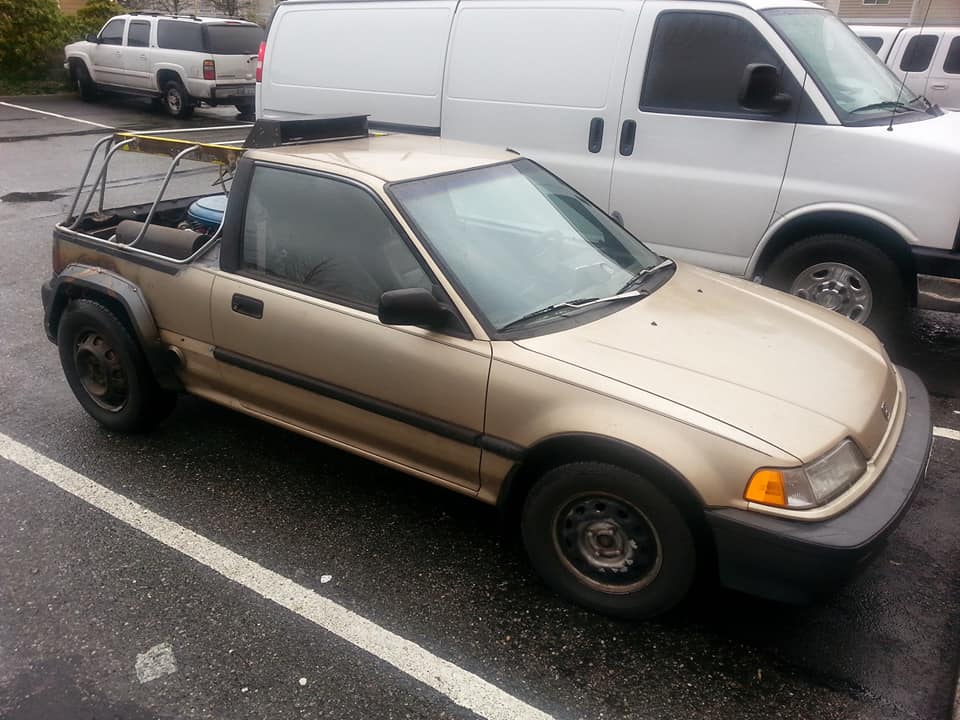 It appears that this engine is from an old Oldsmobile Toronado and if that’s the case, it would be a 425 cubic-inch (7.0-liter) unit that churned out 385 hp and 475 lb-ft (644 Nm) of torque when it was new. While it would have lost some ponies over the years, it’s certainly possible that it outguns the 316 hp 2.0-liter turbocharged four-cylinder found in the current Honda Civic Type R.

It’s unknown whether power from this V8 is routed to the front or rear wheels, but whatever the case, given how light this old Civic would be, we’re sure this thing is an absolute blast to drive, even though it is probably very sketchy on its limits. Which, for some, could be a part of its charm anyway.