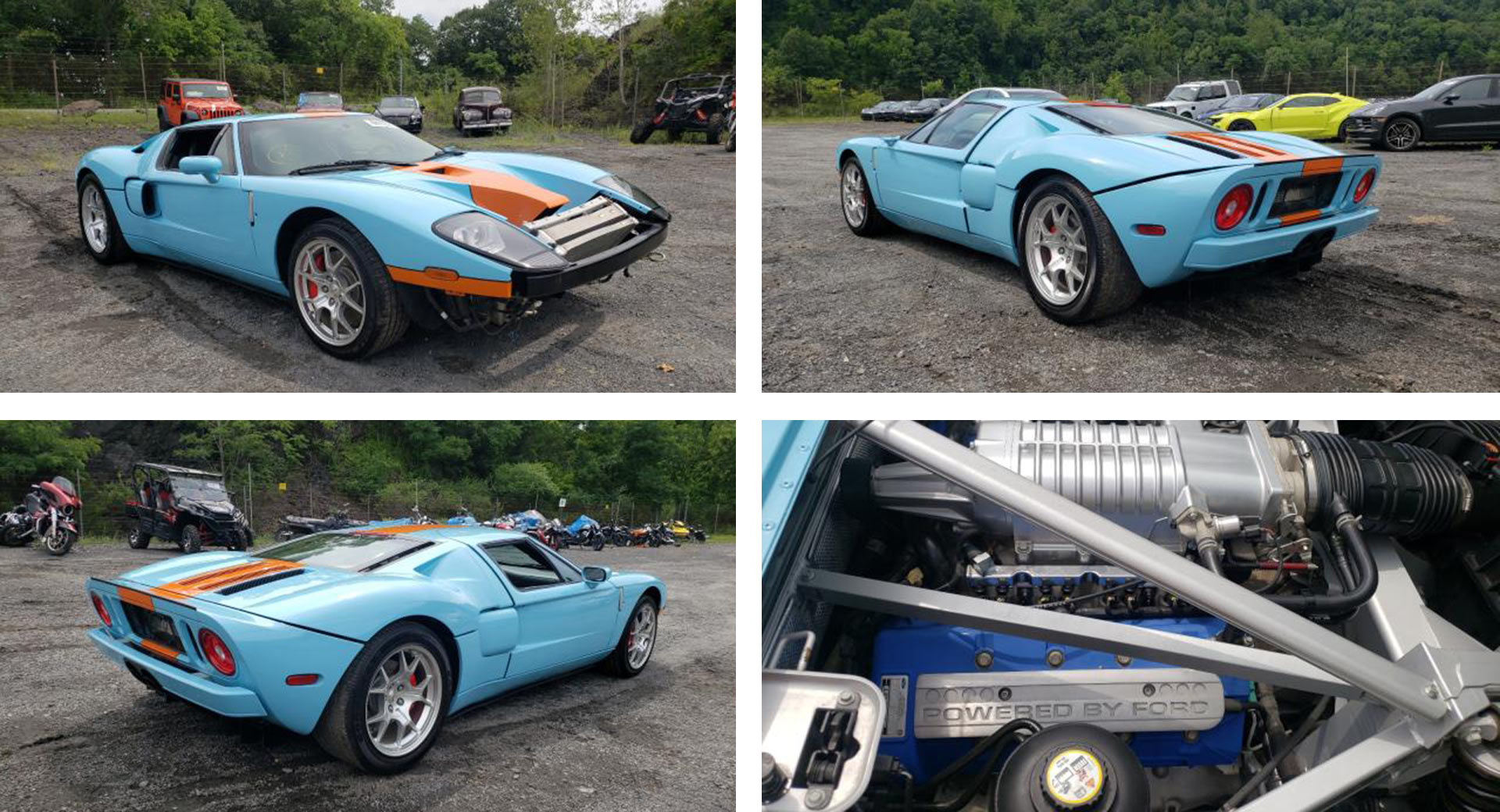 A 2006 Ford GT that is just begging to be saved will soon be auctioned off by Copart and could prove to be one of the most affordable GTs that actually runs.

The listing reveals that this GT has only ever been driven 714 miles (1,149 km) but it was unfortunately involved in an accident. Most of the damage appears limited to the front end where the iconic mid-engined supercar is missing its bumper.

In addition, the way that the car is sitting indicates that it has also suffered some kind of suspension damage. Nevertheless, it is certainly repairable and the listing notes that it still runs and drives. Although someone might buy this Ford GT with the intention of selling it for parts, it’s also likely that it might be repaired and returned to its former glory.

Adorning the exterior of the car is an orange and blue Gulf livery. Ford built the 2006 GT with a Gulf livery in limited-edition Heritage guise but as far as we can tell, all GT Heritage models had white circles and race numbers incorporated into their liveries. The Heritage also had silver brake calipers while this GT has red calipers.

A search of the VIN fails to reveal whether it is a Heritage model or not but does confirm that it has a salvage title and must have been crashed sometime between February 16, 2021, when an airbag recall was performed and June 12, 2021, when the incident report was made.

VW launches over the air updates for entire ID family
Tesla (TSLA) is the US EV market right now — how will it change with new incentives?
2022 Chevrolet Colorado
Tesla Warranty Expired? Need A New Battery Pack? Check This Out
Dacia CEO: Why we are more than just a ‘low cost’ brand