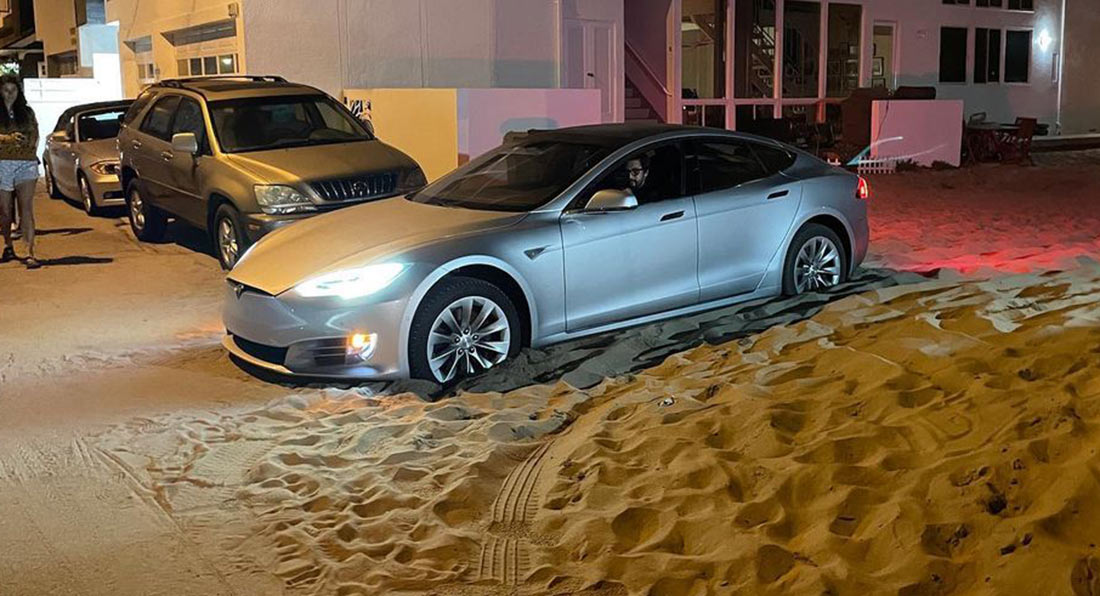 
The Tesla Model S may have all-wheel drive but that doesn’t mean you can drive it on sand, as the owner of this example recently discovered.

This image was recently shared by The Smoking Tire’s Matt Farah and shows a silver Model S stuck in the sand while its owner was trying to find a place to park during 4th of July celebrations at Venice Beach. Farah was clearly quite amused at the man’s failed attempt to drive the EV on the sand, writing out a lengthy caption on his Instagram post.

“Imagine being reminded of your deep stupidity by all those people you were stupid right in front of? Man that would suck. And before you start calling ME harsh, remember: this person, rather than finding an actual parking space on the 4th of July, decided he would drive his $100,000 car on the beach and that it would be cool,” Farah wrote. “I might be making fun of him, but it’s not because he’s a different race, or gender, or dressed funny, or believes different things than I do. It’s because he thought he owned the beach, and he learnt he didn’t. F him, rant over.”

The man found himself stuck on the corner of Speedway and Spinnaker St that leads directly to the beach and is an area where you are not allowed to park, Tire Meets Road notes.

While the driver of the Tesla quite clearly made a mistake, those who follow Farah on social media didn’t think his rant was necessary.

“Jesus Matt. Have some mercy,” one follower wrote, while another wrote “Damn dude wtf is up with you? Is it that hard to be a decent person and help give this guy a push so he can get home?”