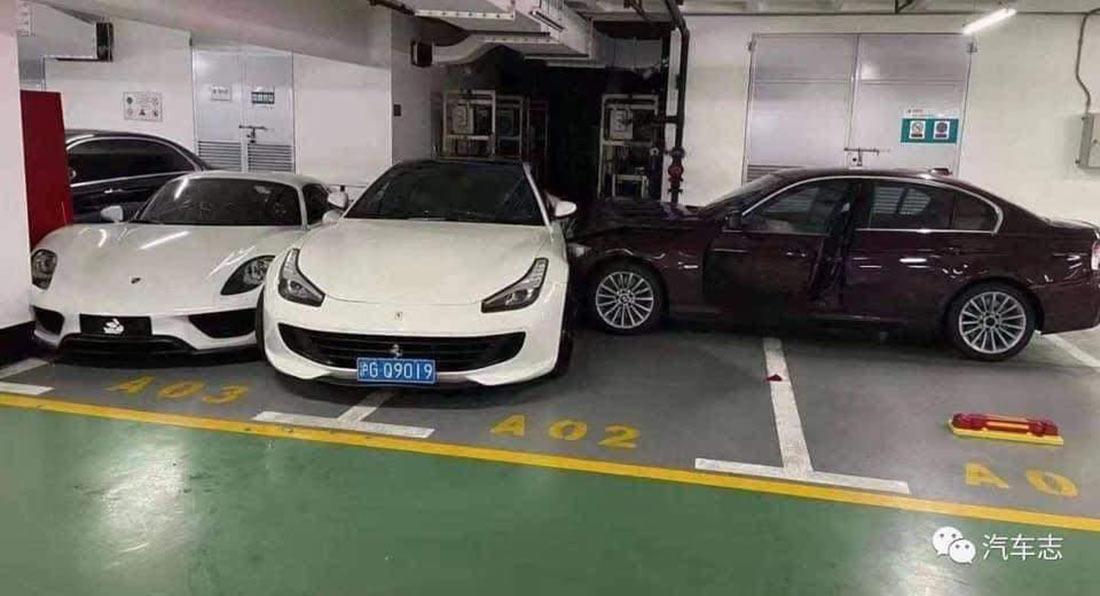 
A Ferrari GTC4Lusso and a Porsche 918 Spyder have been damaged in China after being hit by a BMW 3-Series in an underground parking lot.

Based on local reports and some very dodgy translations, it is understood that the incident happened on July 4 when a wife and a husband got into an argument while driving around in a parking lot. The wife is said to have taken out her anger by ramming into the side of the GTC4lusso, pushing it against a white Porsche 918 Spyder that itself was knocked into a Mercedes-Benz E-Class. 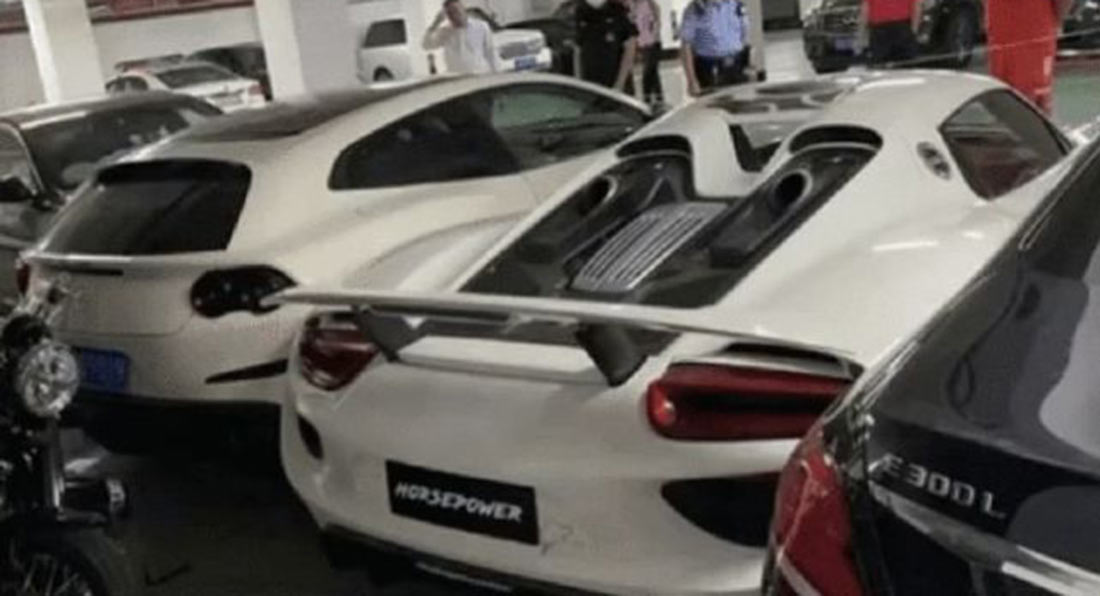 Before hitting the Ferrari, it is understood the driver of the 3-Series also rammed into a number of other vehicles and pillars, damaging the rear-end of the BMW.

Images from the scene show that the driver’s side door and rear quarter panel of the GTC4lusso have been badly dented after the collision. In addition, one of the Ferrari’s wheels looks to have also sustained some damage.

Of course, it is the Porsche 918 Spyder that will be the most expensive to repair with the Ferrari pushed up against its side. The 918’s front-end was also pushed into a concrete pillar and the hybrid hypercar will likely need a new quarter panel, headlight, and front bumper. A BMW R18 motorcycle parked behind the Porsche is also thought to have been hit. It’s hard to know how much damage the E-Class parked next to the 918 sustained but it likely got a few scuffs and scrapes.