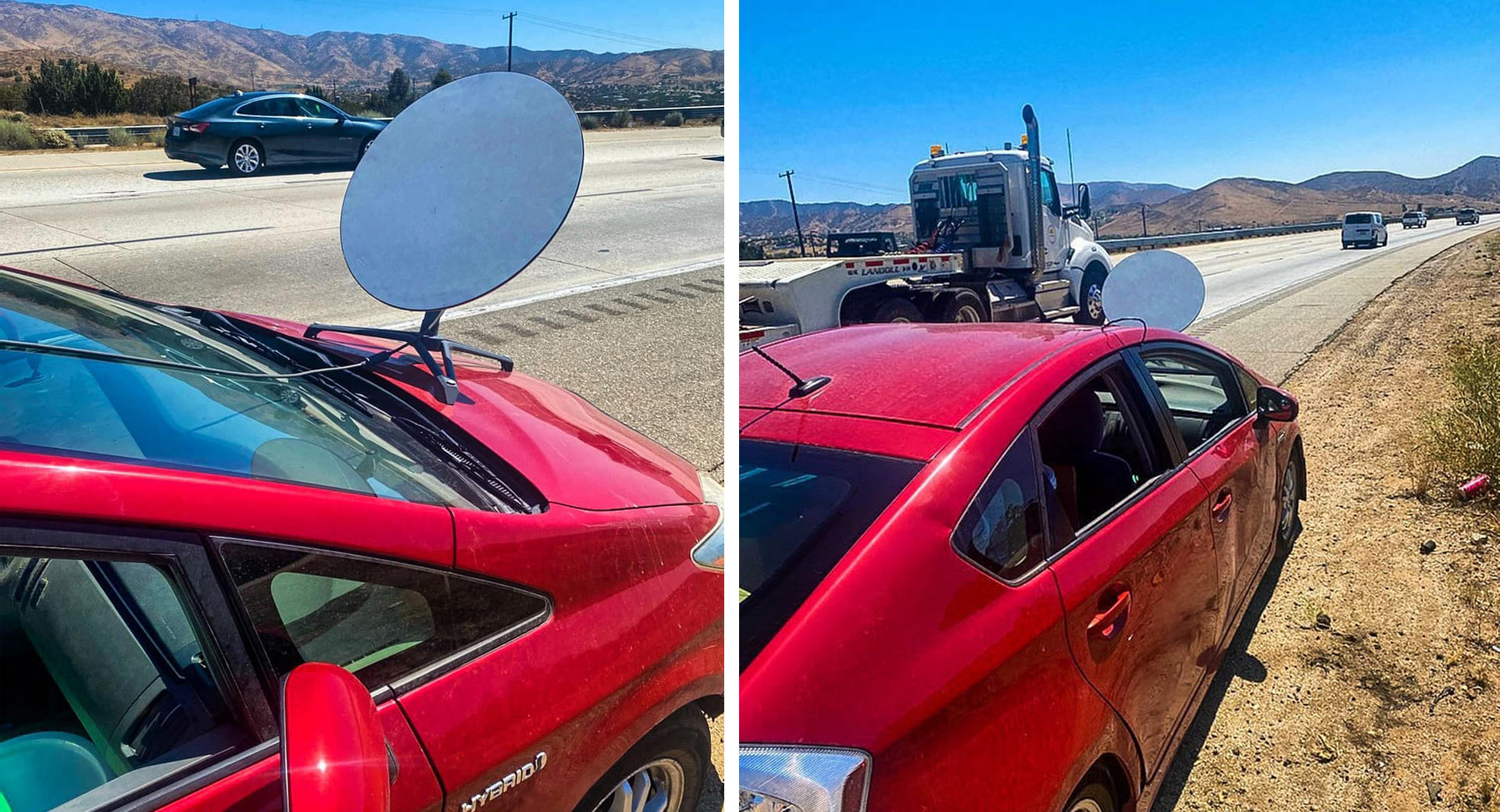 California Highway Patrol recently pulled over the driver of a Toyota Prius who had installed a satellite dish on the car’s hood.

These two photos were shared to Facebook by the CHP after Officer T. Caton noticed something a little off with the bright red Prius. Images show a Starlink dish, used by Elon Musk’s internet service, affixed to the hood and with a wire running into the cabin.

Read Also: Yes, This Is A Toyota Prius Designed To Go Hunting

“Sir I stopped you today for that visual obstruction on your hood. Does it not block your view while driving?,” the officer said when they pulled over the Toyota. “Only when I make right turns,” the driver responded. Not quite safe, but hey, at least they were being honest…

The driver of the Toyota apparently told the officer that they were using the Starlink service to run a business out of their car, CNBC reports. While that could be quite a clever idea when the Prius is parked, keeping the satellite dish on the hood while driving down the highway at speed is not.

Unsurprisingly, the California Highway Patrol officer issued the driver a ticket for a moving violation.

Musk’s Starlink service is currently in its beta phase with over 70,000 users in 12 countries. Users are paying $99 a month and also need to purchase a $499 self-aligning Starlink dish and WiFi router. As The Verge points out, SpaceX doesn’t have approval to mount Starlink terminals on moving vehicles, but the company has been testing such capabilities mainly for commercial use in shipping vessels, large trucks and passenger airplanes.