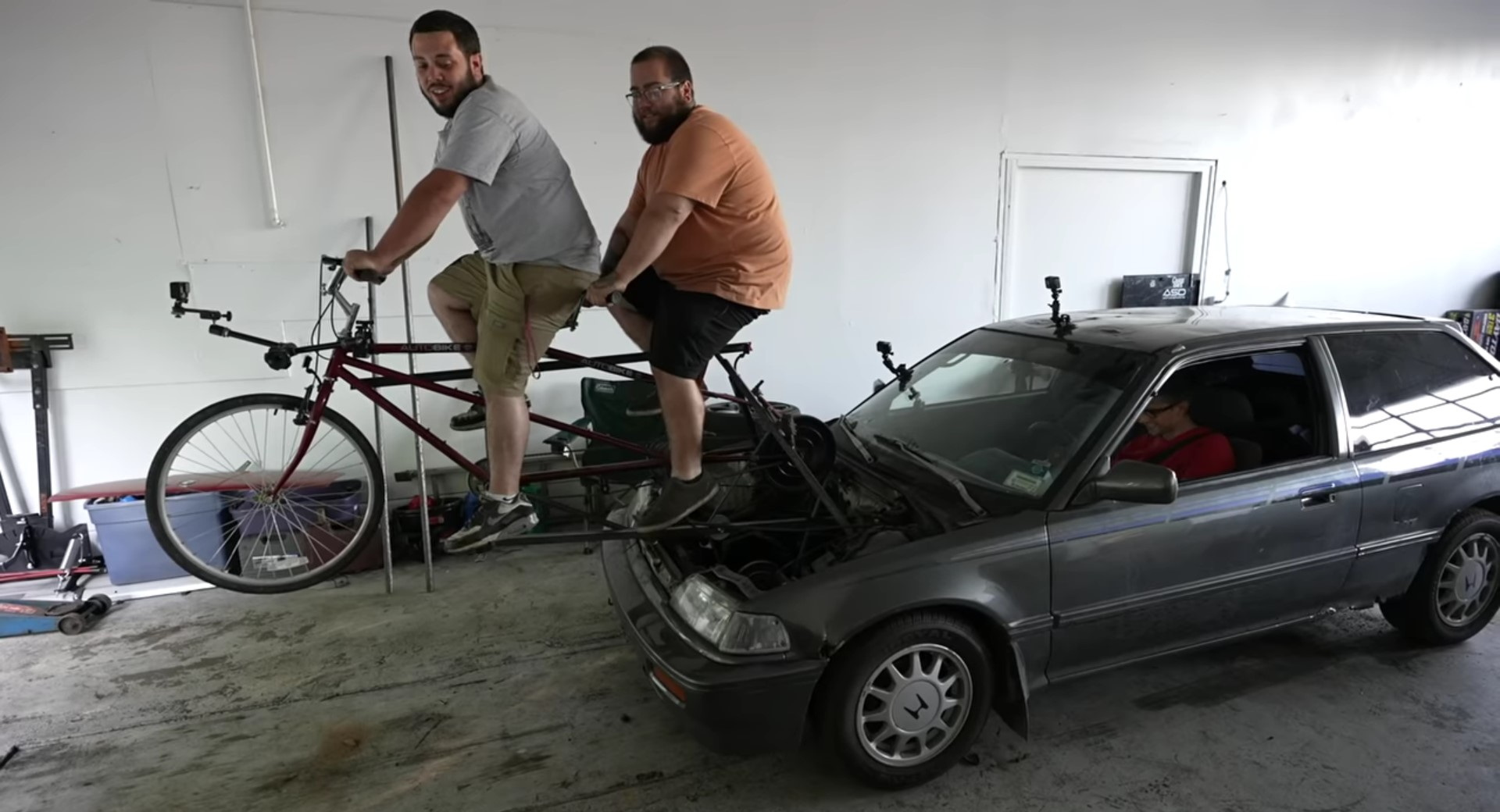 Horsepower is one of the key metrics of a car, as well as the subject of discussions regarding how much you actually need or can really use on public roads. No matter where you stand on that matter, it turns out that a fourth-generation Civic needs just two people power (and sometimes just one) to drive around town. Mind you, that would be with speeds of about 2 mph, but it’s still impressive.

This video, aptly named “BICYCLE powered CAR!” comes from the Life OD YouTube channel and gives the build of this project the amount of screentime it deserves. Which is to say that it breezes through the slapdash construction of this weird vehicle about as quickly as possible. 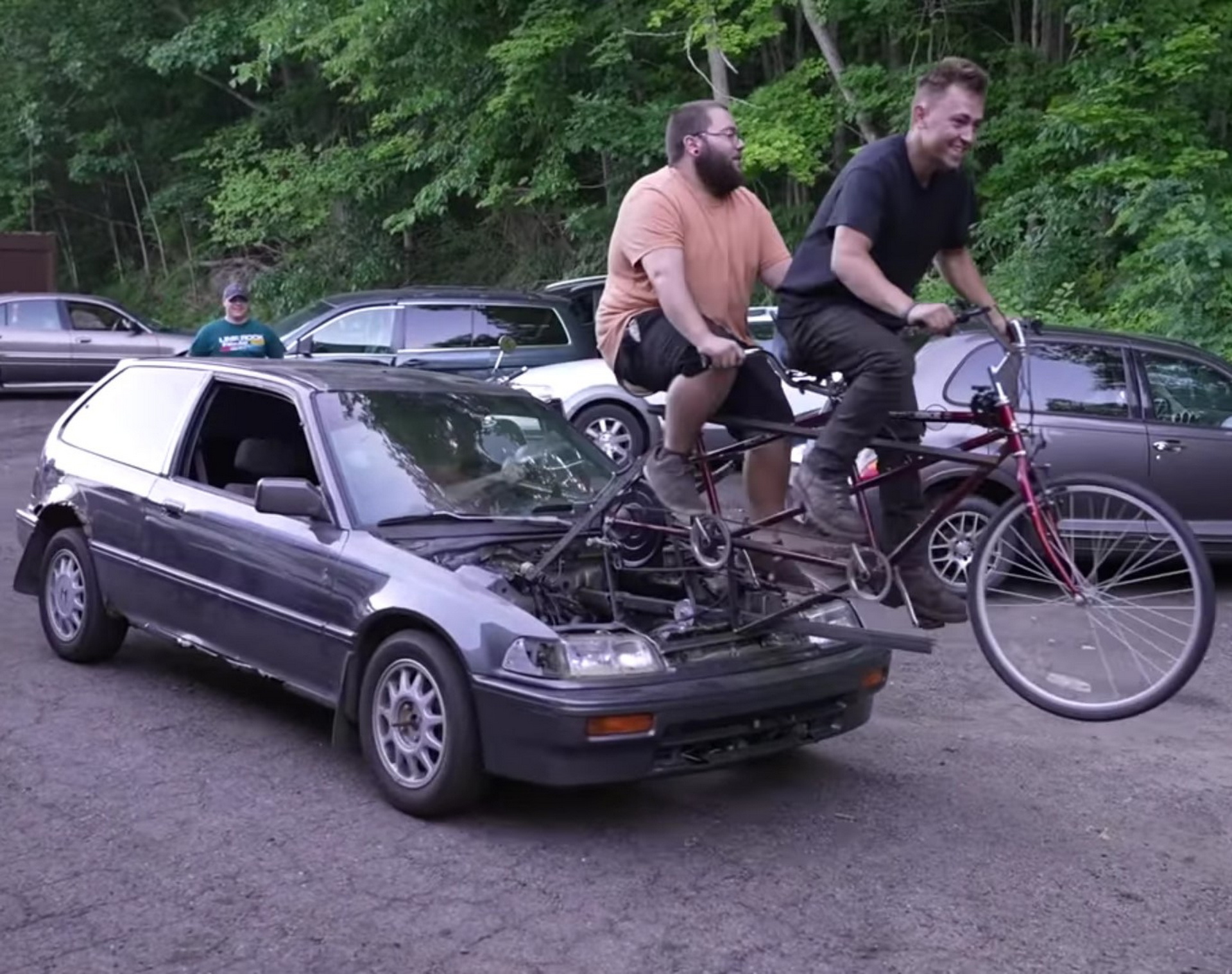 Despite the fact that the builders seem to understand that this is a silly project that doesn’t really warrant precision engineering, the finished product holds up surprisingly well despite how far forward the bike, which looks like it’s leaping out of the engine bay, is. It doesn’t look like it should work and yet it holds two pretty big guys with few signs of weakness.

And it works shockingly well. In fact, in first gear, the pedals on the tandem bike move so quickly that the guys are quickly rolling through the gears and into fifth. It works well enough to even get them to their ultimate destination: McDonald’s.

Unfortunately, following their little adventure, they do get stopped by a cop who doesn’t quite know what to do about the bicycle-powered Civic. The cyclists’ explanation that legally it’s a “really big bicycle” does seem to convince the slightly exhausted-looking cop, who just lets them go.

It’s a good bit of fun and along the way, everyone they pass seems to find the whole endeavor hilarious.