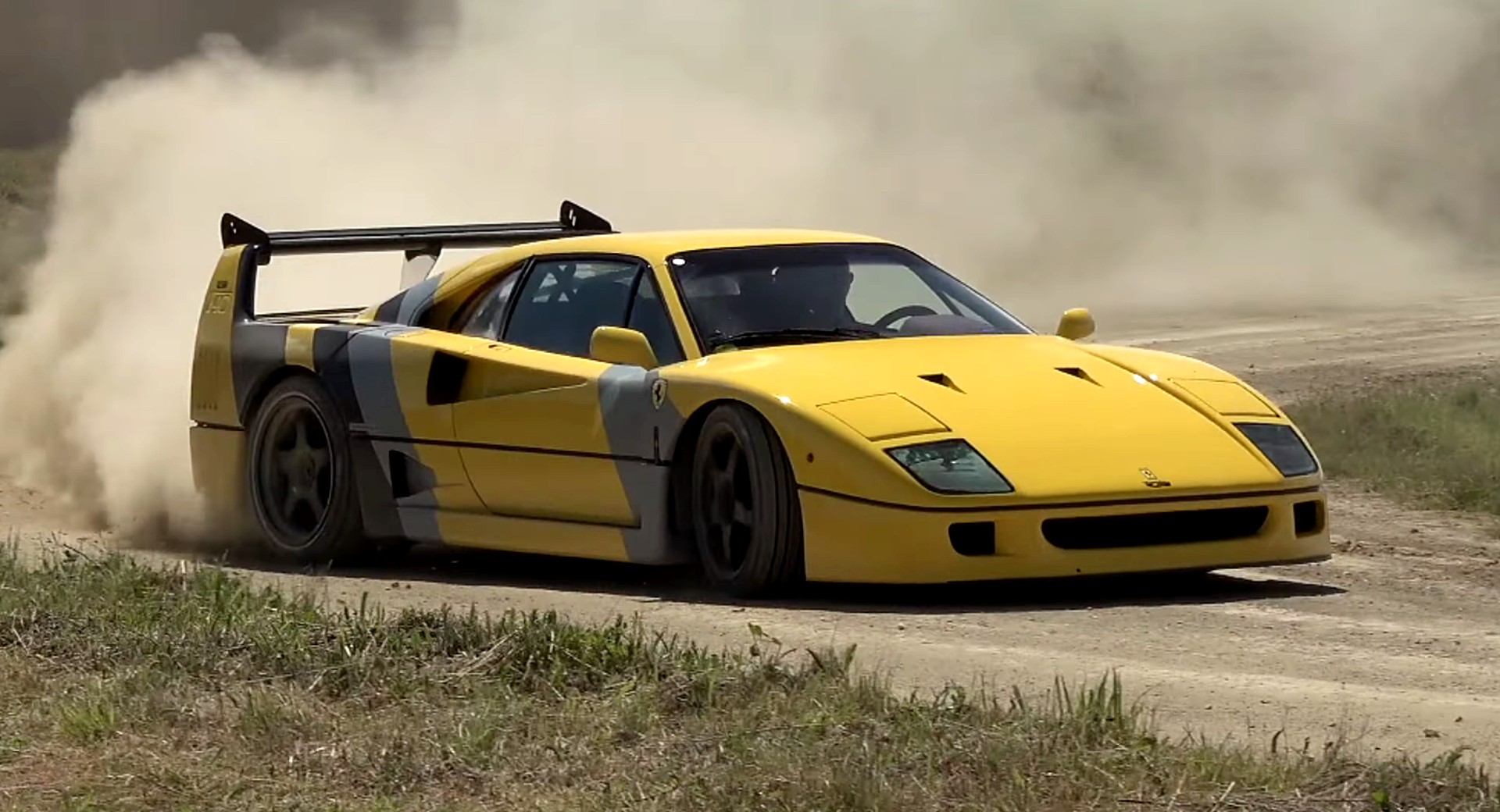 Valuable supercars usually spend most of their time inside heated garages but this is not the case with the yellow-wrapped Ferrari F40, the owner of which enjoyed a long drifting session on dirt and grass.

The Italian supecar appears on a YouTube video by TheTFJJ going around a dirt track. The loose traction makes the F40 even more tail-happy and the dust rising behind it provides the best background for a photoshoot. After several laps, the F40 was driven carefully on the bumpy grass and even performed a few 360 burnouts. We are not sure if we would drive our own F40 under these circumstances, but the owner doesn’t seem to be afraid of rocks or bumps damaging the bumpers and the floorpan.

In any case, the twin-turbocharged 2.9-litre V8 from Maranello sounds amazing, thanks to the aftermarket exhaust. Other modifications besides the yellow shade and the grey graphics include the GT-style rear wing and the carbon fibre rear diffuser. This is not the first time we come across the F40 wearing the F400 MPH licence plate. Back in 2016, we enjoyed another video of its owner driving flat-out on the racetrack.

The Ferrari flagship wasn’t the only interesting car in this meeting that looks inspired by the unconventional Tax The Rich video series from the past. We also noticed a Ferrari 599 GTB, a Toyota GR Yaris hot hatch, a classic Audi RS2, a Bugatti Veyron parked in the grass and an Ariel Nomad which definitely feels more at home on this type of terrain.