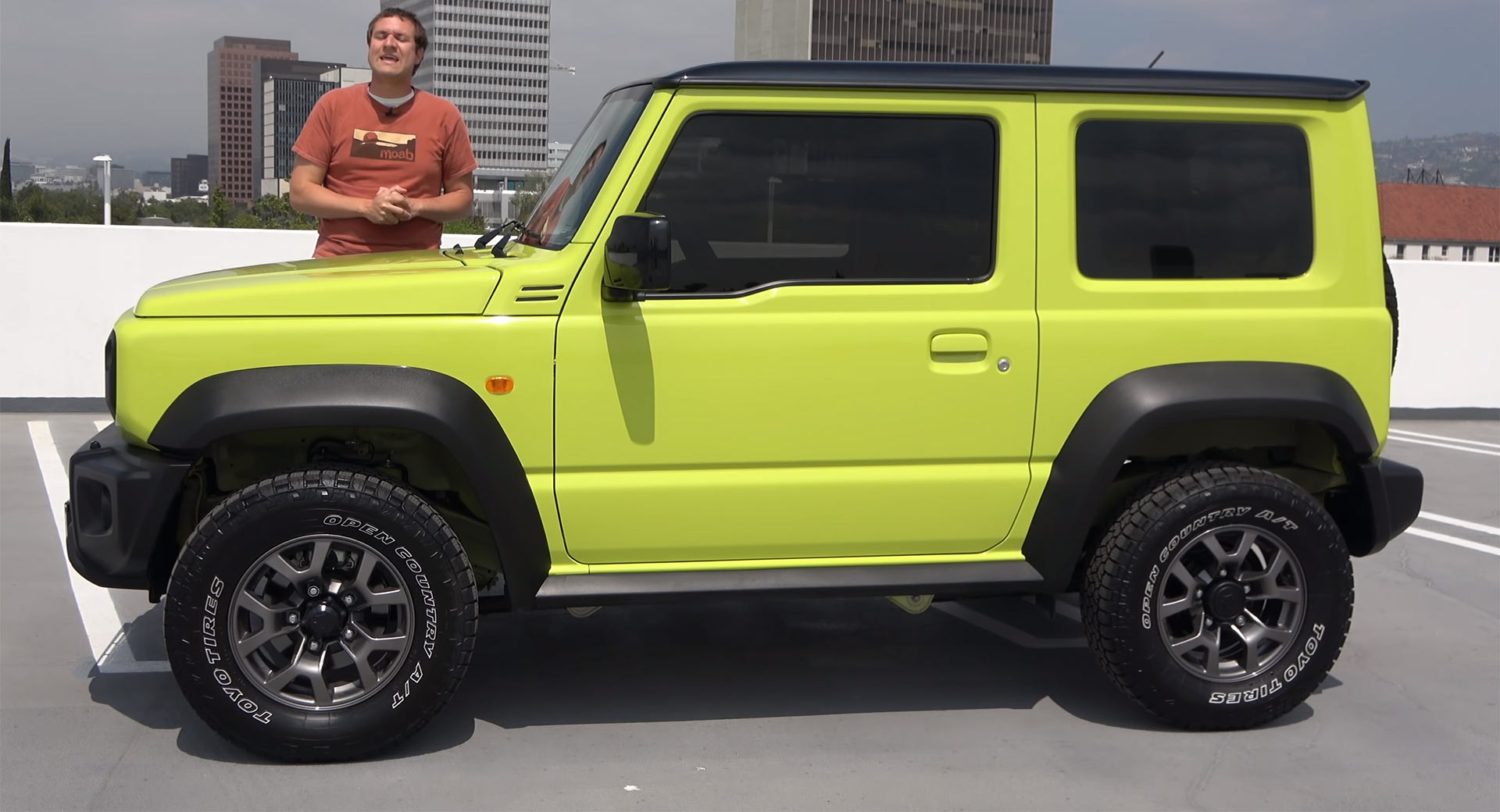 The Suzuki Jimny has had a cult following across the automotive industry for many years now and with the latest-generation model, this following has grown even stronger.

First Drive: The New Suzuki Jimny Is Impossible Not To Love

Anyone who has spent time in the Jimny will know that the interior is extremely basic. This is especially evident with the infotainment system that is one of the most basic on the market. Various areas of the Jimny also have loads of exposed rivets, reminding you that this is far from a luxurious off-roader. Suzuki also sells the Jimny with two rear seats although as DeMuro points out, they are virtually unusable.

Towards the end of the review, DeMuro puts it to the test and drives it on some roads throughout California. Unfortunately, he doesn’t put it to the test along any off-road trails which is really where the Jimny thrives. After all, Suzuki never designed the Jimny to be a particularly compliant or comfortable vehicle that you can drive on the street. Nevertheless, it is an interesting review to watch.