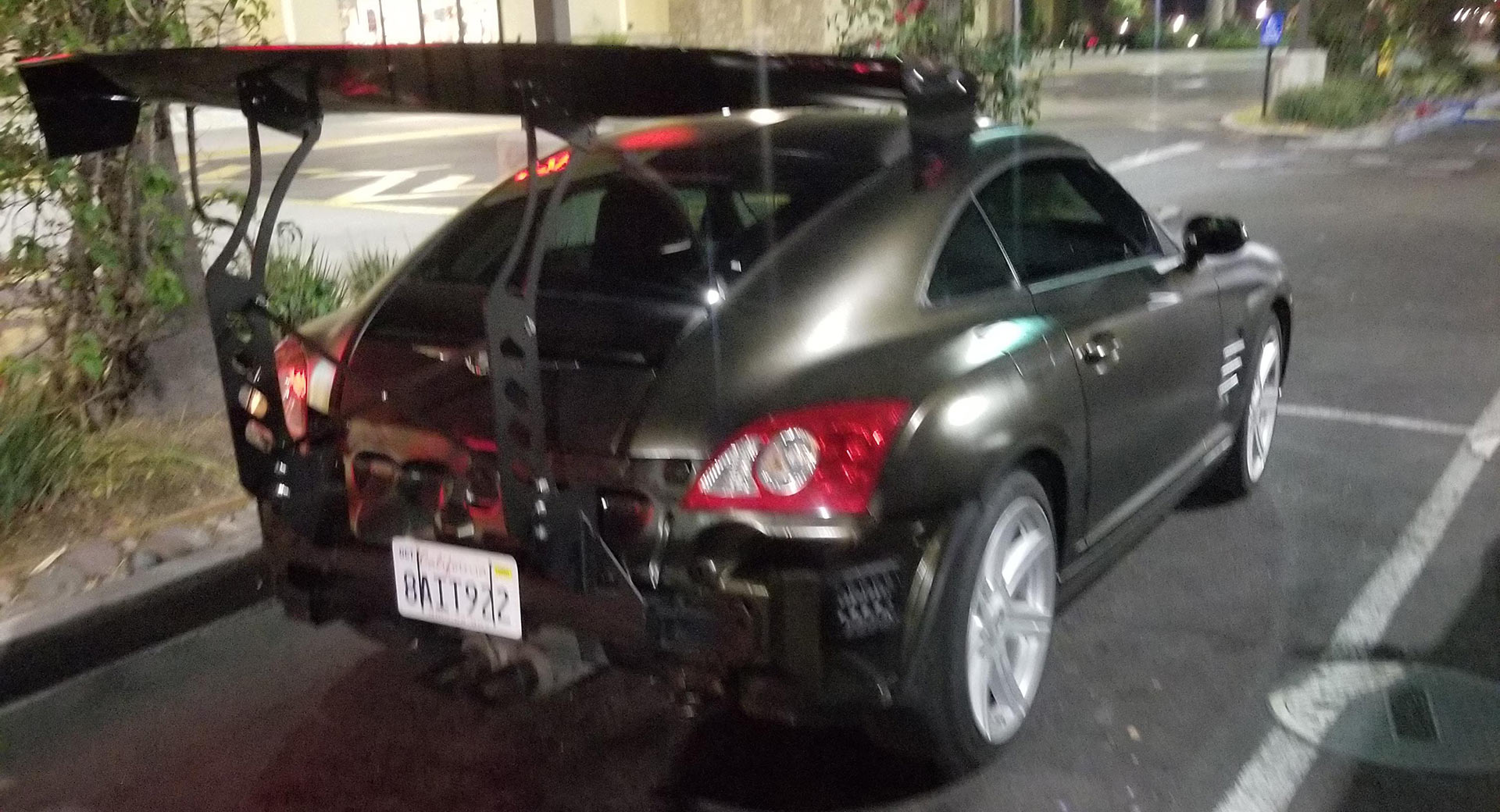 Produced between 2003 and late 2007, the Crossfire wasn’t a runaway success for DaimlerChrysler, yet it seems to have some fans. The owner of this example is clearly one of them.

An image of this Crossfire was recently shared to Reddit after it was snapped at a parking lot in the U.S. The car’s owner has seemingly taken inspiration from Time Attack cars when modifying it and the results speak for themselves.

Sitting at the rear is a massive wing that like those used in proper Time Attack cars that appears to be bolted directly to the car’s frame and has necessitated the removal of the rear bumper. However, just like so many owner car owners that modify their vehicles with bold aerodynamic elements inspired by motorsport, we suspect the owner of this Crossfire fitted this wing for aesthetic purposes, rather than actually trying to increase downforce when driving it on the track.

Unbeknownst to some people, the Chrysler Crossfire is actually based on the R170 platform used by the first-generation Mercedes-Benz SLK and shares most of its components with it. Needless to say, despite its innovative styling, it wasn’t much of a sports car… 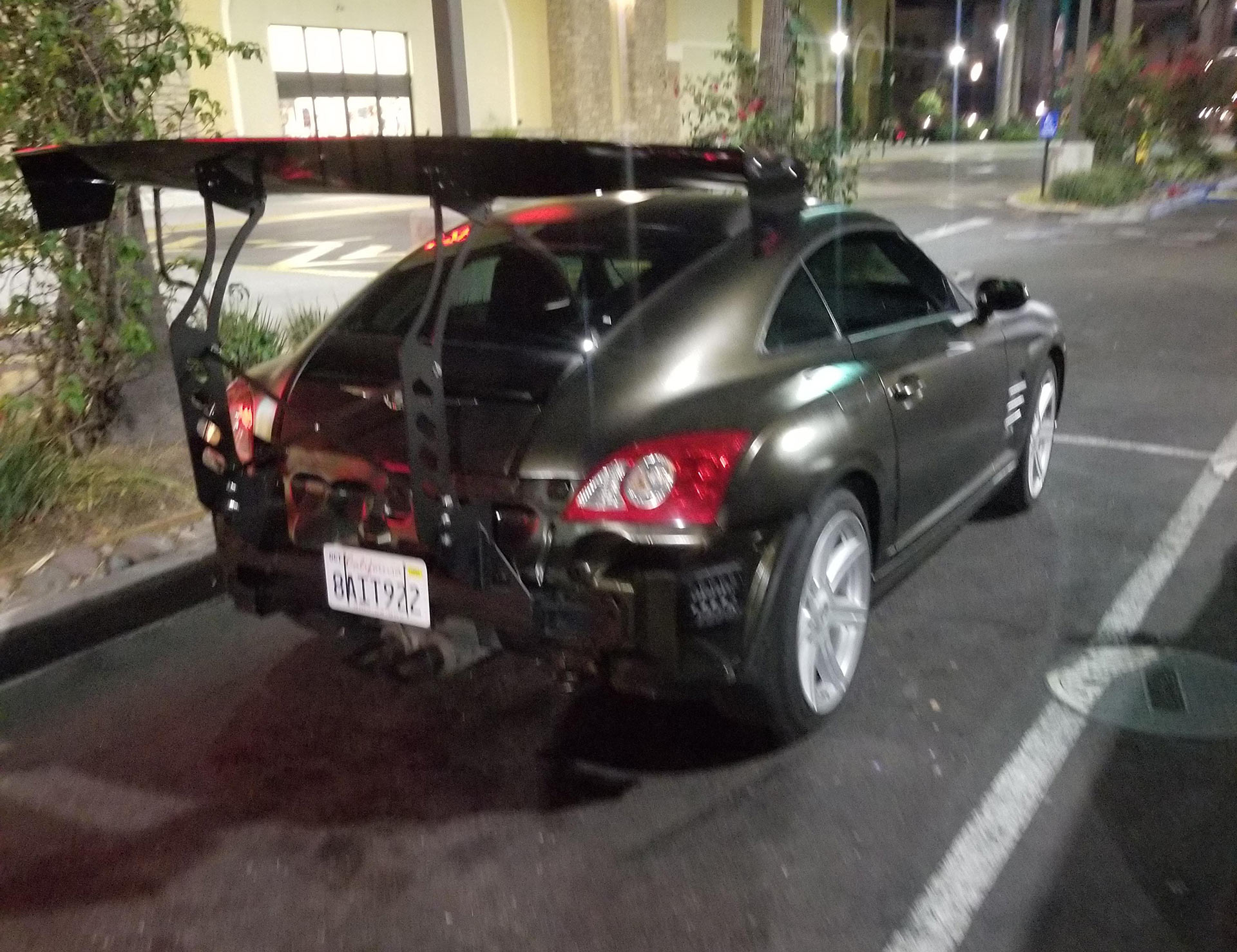