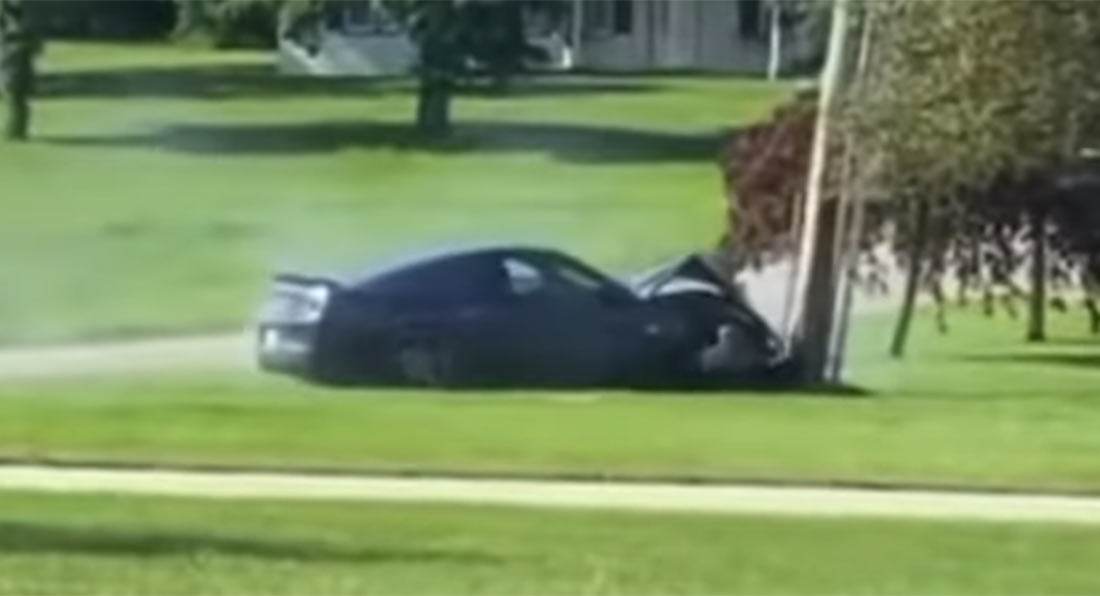 
It’s a sad day if you’re a Ford Mustang enthusiast as yet another Mustang crash has been caught on camera.

We’re not sure where in the U.S. this clip was filmed but it shows the driver of a Mustang getting way too confident with their ability to perform a smoky burnout for onlookers.

It’s hard to know exactly what Mustang variant we’re looking at but it was obviously too much to handle for this driver. Based on the trail of smoke, it looks as though the burnout started prior to an intersection where a Stop sign is visible.

It seems to be a fairly usual burnout but as the driver builds speed, the tail of the car quickly kicks out. Unable to control it, the car spears off the road, slides through some grass, and slams head-first into a power pole. The driver can be seen throw their hands up in despair immediately after the impact.

The full extent of the damage is unclear but from the video we can see that the front end of the Mustang has been crushed and the hood has been badly bent. While the car will definitely need some repairs, thankfully no one was injured in the crash.