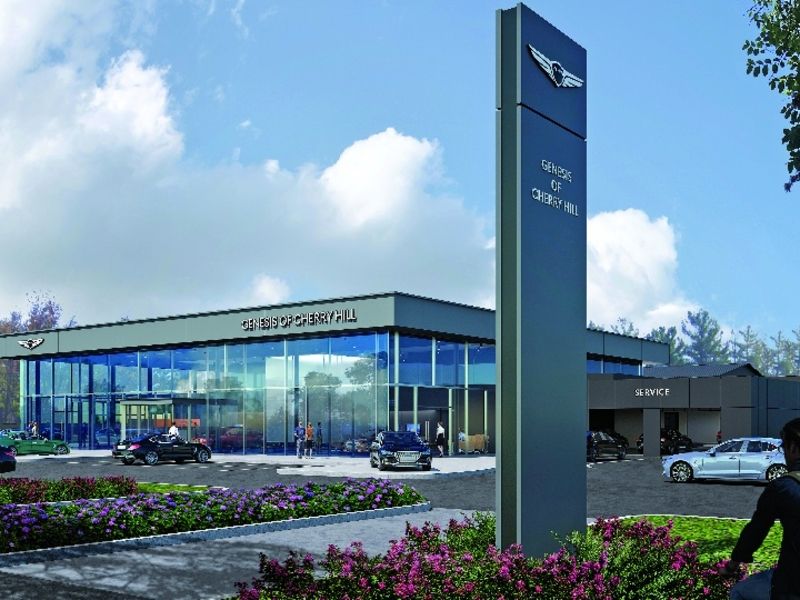 Years before the pandemic caused a boom in online car-shopping, Genesis of Cherry Hill in Marlton, N.J., was already offering a dealership-free experience for selling and servicing vehicles.

A sales valet has long been available to conduct test drives at a shopper’s home or office. Paperwork has been done remotely on request, followed by at-home delivery. A service valet has provided pickup and drop-off during customers’ three years of complimentary maintenance.

Even after owners have to begin paying for maintenance themselves, Genesis of Cherry Hill still covers the price of pickup and drop-off. More than 90 percent of buyers use the service valet.

Part of the reason for creating a virtual dealership when the franchise began operating in 2015 was to distinguish the upstart luxury brand from its more established rivals. But it was also because Genesis of Cherry Hill did not have a physical dealership. The business operates out of a Hyundai store.

To set itself apart, the Genesis business opted to cover the costs for customers to bring in their vehicles.

“We pick it up, we leave you a loaner, we do the service, we top off the gas tank, we bring it back to you, and we communicate all along the way,” said Peter Lanzavecchia, who owns the Genesis business and the Burns Hyundai dealership it operates out of. “Our clients can get a coffee and Danish anywhere; they don’t have to come to my facility for that.”

Lanzavecchia has been with the Genesis brand since its launch in 2015 and invested in sales and service amenities well before the brand’s low volumes seemed to warrant them.

Going beyond his franchise requirements, he created a Genesis lounge in the Hyundai store with a separate sales staff. The Genesis operation has its own business development center and a team of valet drivers with brand-specific uniforms.

The extra efforts have paid off. Genesis of Cherry Hill has a 4.9-star customer rating, on a five-star scale, from its Google reviews, and Genesis has said it is one of the brand’s highest-volume U.S. sellers.

Lanzavecchia expects his sales to reach 600 vehicles this year, or nearly triple the 214 deliveries in 2020, thanks to the launch of two crossovers last December. In the first five months of this year, the Cherry Hill operation has sold 212 vehicles, including 66 in May alone.

“Through May, we’re up 281 percent, and nationally the brand is up about 140 percent, so we’ve doubled the performance of the brand nationally,” Lanzavecchia said. “That’s due to those early investments.”

Genesis of Cherry Hill is in the early stage of building a standalone dealership. If Lanzavecchia’s timeline for an August 2022 inauguration goes as planned, it could be the first standalone Genesis store in the country.

Building a $10 million facility may seem contradictory, given the success of his remote services. But the dealer said the hybrid sales model offers the best of both worlds.

“I don’t believe that a phenomenal customer experience comes from the bricks and mortar or the fixtures or furniture. It comes from the people,” Lanzavecchia said.

But Genesis of Cherry Hill must still compete with nearby dealerships of established German and Asian luxury automakers. The Korean brand is rapidly raising its profile, and a physical store should be popular with new buyers who want to compare models, he said. Future Genesis electric vehicle buyers are likely to stop by for a fast charge and a comfortable place to wait.

Still, the surge in digital retailing during the pandemic has prompted adjustments to the construction plans. The showroom has been reduced in size, and the upstairs business center has grown.

“We don’t have a gigantic Taj Mahal,” Lanzavecchia said, “but we’ve got what our clients will consider to be the nicest premium brand facility they’ve ever visited.”