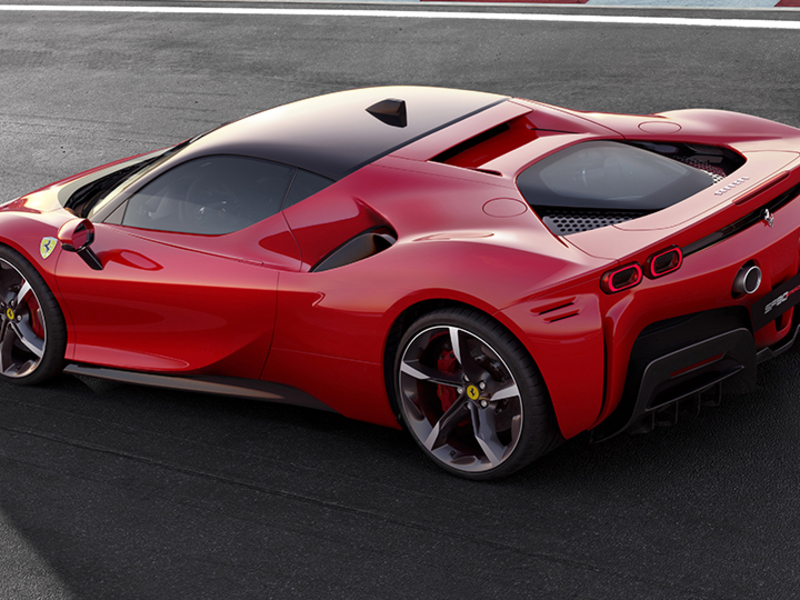 What does Nintendo’s Wii games console have in common with a Ferrari console — beyond both having small screens, or the fact that the Super Mario character from Wii’s most popular video games drove a car from the iconic brand?

The answer is Benedetto Vigna, the Italian executive chosen by Ferrari Chairman John Elkann as the automaker’s new CEO.

Vigna is currently president of the Analog, MEMS (Micro-electromechanical Systems) and Sensors Group at the French-Italian chipmaker STMicroelectronics.

Vigna’s team devised and put into production a miniaturized accelerometer which was one of the key innovations of the Nintendo Wii launched in 2006. They also devised a miniaturized 3-axes gyroscope which debuted in the iPhone 4, featuring in a popular 2010 presentation by Steve Jobs.

Vigna, 53, has spent his whole career in STMicroelectronics in the MEMS division. So, how can a 22-year career in designing and successfully marketing high-end chips and sensors, mostly used in consumer electronics, prepare you to lead the world’s most famous supercar maker?

The appointment has raised eyebrows among industry watchers. “A semi[conductor]s guy who did his thesis on quantum quarks and has hundreds of patents to his name … running Ferrari? We live in extraordinary times,” Morgan Stanley analysts commented in a note to investors.

One answer could be the success Vigna has had at STMicro matching technical prowess with marketing capabilities. Apple is its biggest customer, according to the latest company presentation. Nintendo is also among the top 10.

Another answer comes from the name of another top 10 STMicro customer, Tesla, which epitomizes the growing electric and digital revolution in the auto industry.

“Appointing someone relatively young and from the technology field sets the tone for where Ferrari is headed,” Tom Narayan, an RBC Capital Markets analyst, told Bloomberg. “The biggest issues this company will face in our view over the next decade will be adapting to the changing auto technology landscape as a luxury brand.”

Stefano Aversa, who is chairman for Europe Middle East and Africa at AlixPartners, said Vigna will bring top-notch software/hardware competences that will be key to leading Ferrari into the electrification and digitalization era. In a world in which many automakers add the role of chief digitalization officer (CDO), Vigna might be at the same time the CEO and CDO of Ferrari, he added.

For its part, Ferrari said Vigna had been appointed for his “unique knowledge gained over 26 years working at the heart of the semiconductor industry that is rapidly transforming the automotive sector.” The automaker said the appointment “will accelerate Ferrari’s ability to pioneer the application of next-generation technologies.”

Ferrari is relatively late to the electrification and digitalization party. In 2019, it launched its first production plug-in hybrid — the SF90 Stradale — and until recently had no plans to bring a full-electric car to the market before the second half of this decade.

A month before former CEO Louis Camilleri resigned, he told analysts he did not see Ferrari ever shifting to an all-electric automaker and ruled out the company even moving to 50 percent electric in his lifetime.

The date of the first full-electric Ferrari was recently pulled forward to 2025, so Ferrari must accelerate toward the unfamiliar world of electrification like one of its own supercars.

This leaves some analysts skeptical: “The appointment [of Vigna] is highly unexpected and, in our view, reflects the need to ‘reinvent’ Ferrari and the difficulty of securing candidates willing to take on the task,” Jefferies analyst Philippe Houchois said in a note.

The choice of Vigna is a remarkable U-turn from what appeared to be a possible solution in the immediate aftermath of Camilleri’s departure from the CEO post in December 2020. In January names such as Gucci CEO Marco Bizzarri or former fashion group Valentino CEO Stefano Sassi had surfaced as possible Ferrari CEO candidates, in line with an expansion of the brand into a luxury goods provider planned by former CEOs Camilleri and the late Sergio Marchionne.

Elkann said in April the shortlist for a new CEO included people who have “all the right qualities, including importantly the technological capabilities, to lead our company.”

Will Vigna’s lack of automotive experience be a drawback? Not necessarily. On one hand, the products he helped developed at STMicro were already being increasingly used in cars, so he did have direct contact with the business.

Additionally, Vigna’s predecessor Camilleri had no car business experience when he was chosen in 2018 to replace Marchionne after his premature death on July 25 of that year. Marchionne himself was a complete outsider when he took the helm of Fiat in 2004. Both were serving on the respective company boards as non-executive directors, and both were successful in their new jobs.

According to Aversa, Vigna brings an outsider view and entrepreneurial leadership to a team which already has unparalleled sport and luxury car competences.

Vigna, who will start on September 1, might spend at least part of the summer driving Ferraris. Not a bad way of having your vacation plans turned upside down.

No Yoke, the Refreshed Tesla Model S Ditches the Round Steering Wheel Entirely
Porsche to set up joint venture with German battery maker
N.Y., Florida dealer Billy Fuccillo Sr. dies at 65
Dodge Demon Costs A Mind Boggling $200,000 In The UK – Is It Worth It?
Quick Spin: The 2021 Lexus LX Is A Loveable, But Aging Luxury Off-Roader