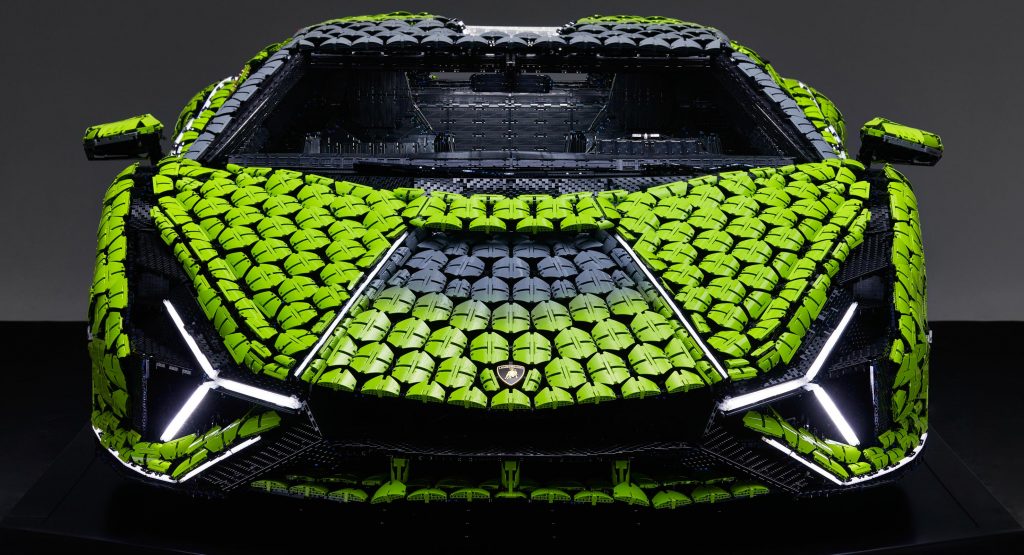 The real-life Sián is Lamborghini’s first production hybrid and comes with a naturally aspirated 6.5-liter V12 — something the scale model, obviously, doesn’t feature. It does, however, come with a brick-built steering wheel decorated with the Lamborghini emblem and Italian flag, LEGO-built dashboard controls, and racing seats.

Lamborghini made headlines with the real-life Sián by incorporating a supercapacitor, which weighs less than a traditional battery. But we suspect weight wasn’t a consideration for the Lego team, with the life-size Sián replica topping the scales at 2200 kg (4850 lbs).

The Lego Sián uses 154 different Technic parts. However, only 20 of these had to have been specifically created for the project. The life-size replica follows from the 1:8 scale Lego Technic Lamborghini Sian FKP 37 that launched in June 2020.

In a first for Lego, this large-scale Sián features what is called a “paintbrush-effect” UV color coating. To ensure the finish matched that of the actual car, the paint was applied by Lamborghini’s own paint shop. The color itself was carefully compared to that found on the 1:8 scale Lego Technic model, with multiple tests performed to ensure it tallied with the correct Pantone.

See: Could You Want More Than This Life-Size Lego Ducati Panigale V4 R? 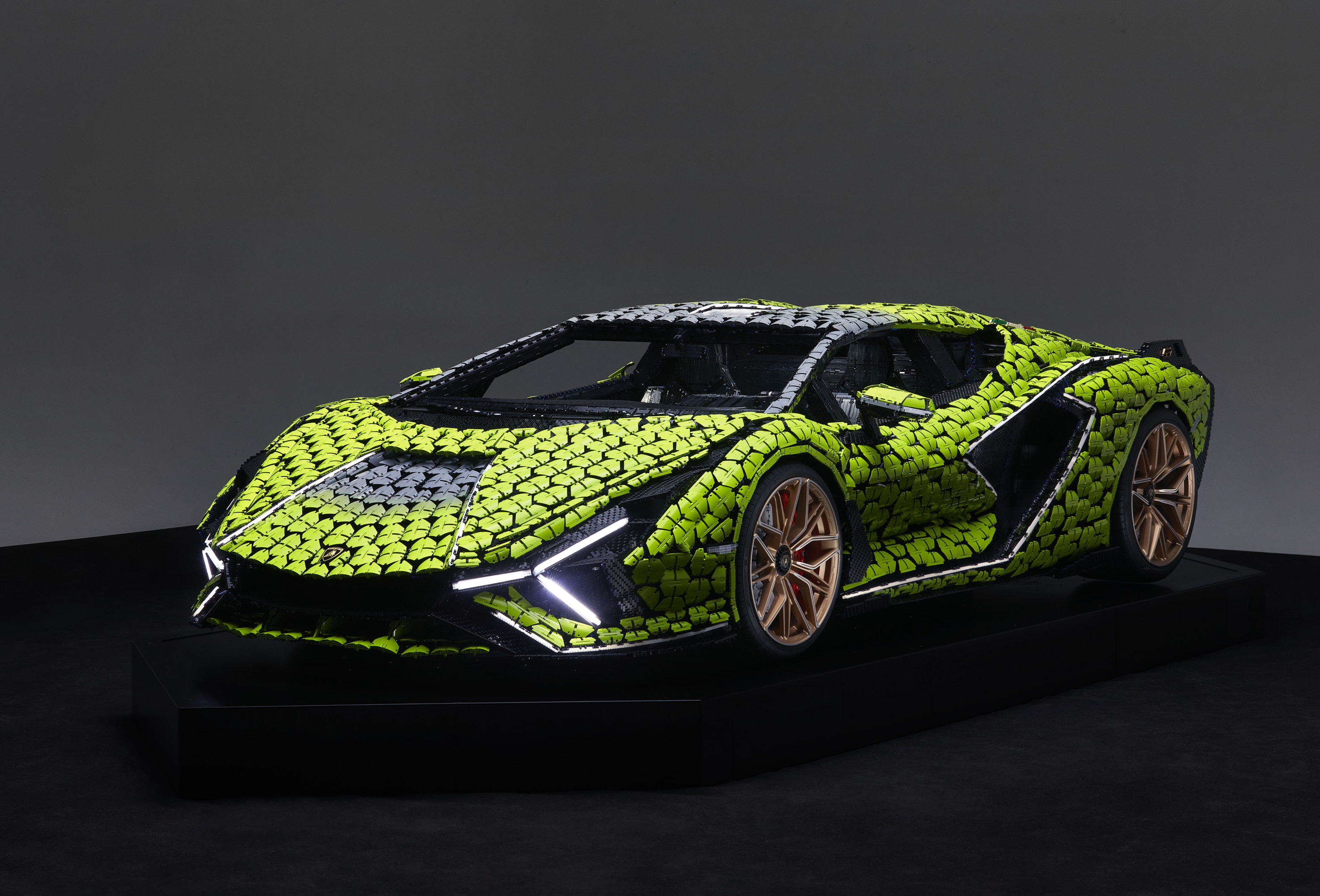 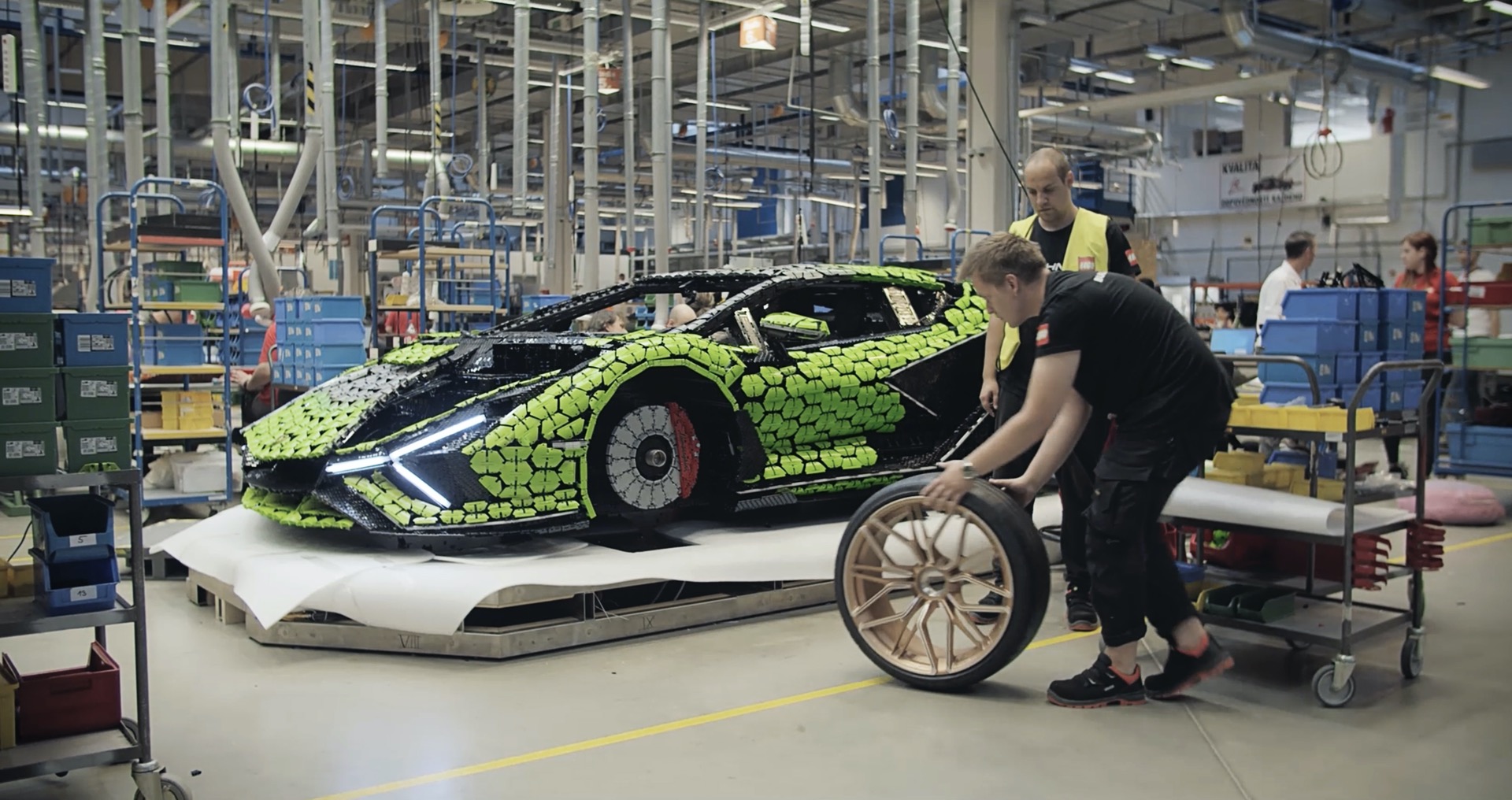 In another unique adaptation, Lego pays homage to the Sián’s name by employing innovative use of lighting for the 1:1 scale model. In the Bolognese dialect, the word Sián means flash, or lightning, which is why you’ll find illuminated lightning bolts down the side of the recreation’s body. The unique lightning bolt lights have been designed to mimic the power-up and power-down sequence found on the real-car’s headlights and taillights, with Lego’s electrical engineers ensuring they flash in a similar fashion.

“Our designers love a challenge, so you can imagine their delight when we tasked them to think slightly larger than normal with this model,” said Senior Vice President of Product and Marketing at the LEGO Group, Lena Dixen. “They jumped at the chance of teaming up with our amazing designers and engineers from our model production workshop at the Kladno factory in the Czech Republic who build these impressive life-size models, and really pushing the boundaries of what can be done with LEGO Technic.”