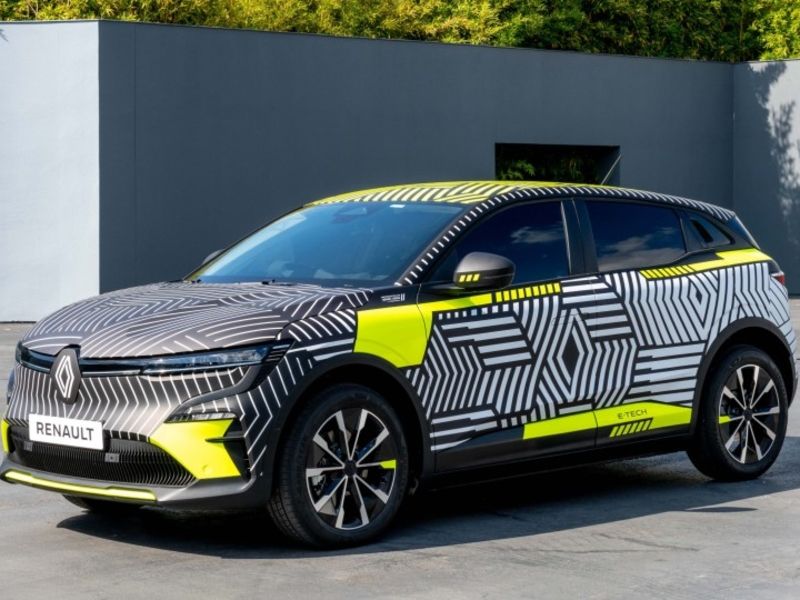 PARIS — Renault has released images of a lightly camouflaged pre-production version of the coming Megane full-electric compact car, which was shown in concept form last autumn as the Megane eVision.

The new Megane will be called the MeganE (pronounced as “Megane-E”), Renault said. It will be launched by the end of this year, and is scheduled to be shown at the Munich auto show in September.

A fleet of 30 pre-production vehicles with Renault-themed camouflage will be tested on public roads this summer, Renault said Tuesday.

The MeganE will have a 160-kilowatt electric motor and a 60-kilowatt-hour battery, with a range of 450 km (280 miles) on the WLTP scale, Renault said. It is based on the Renault-Nissan Alliance’s CMF-EV platform, which it will share with the Nissan Ariya SUV.

The MeganE, which is styled as a high-riding five-door hatchback rather than a crossover or SUV, will compete with a growing number of mainstream full-electric compact cars.

Current competitors include the Volkswagen ID3, the Nissan Leaf, the Hyundai Ioniq and the Citroen C4 electric version. Coming models include the just-launched Kia EV6, the next generation of Peugeot 308 (EV option) as well as sibling model Opel/Vauxhall Astra, which will reportedly have a full electric option.

The MeganE’s announced range is higher than that of the C4 (250 km), the Leaf (378 km) and the Ioniq (311 km), and compares favorably with the highest-spec version of the ID3 (425 km). It is less than the announced range of the EV6 (508 km). The ID3 and EV6 come in several range versions, as does the Leaf; Renault has not said if the MeganE will follow suit.

Renault has not announced prices for the MeganE. It will be built in the automaker’s factory in Douai, northern France. It is part of a new wave of electric-only vehicles from Renault, including a retro-styled R5 small car and a model that recalls the Renault 4 from the 1960s and 70s.