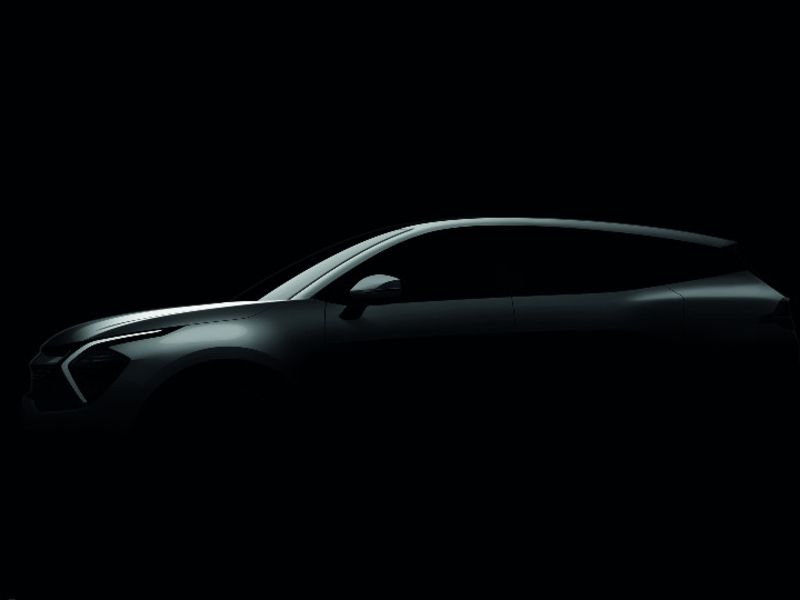 Kia said its new Sportage will have a specific model for Europe for the first time since the SUV was launched 28 years ago.

The fifth-generation Sportage will be unveiled in July in Korea, with the European variant arriving in September, the automaker said in a statement.

The Sportage was Kia’s best-selling model in Europe in the first four months with sales of 29,295 units, a year-on-year rise of 21 percent, according to data from JATO Dynamics.

The SUV will get Kia’s new Opposites United design language, which the automaker says is inspired by “nature’s perfection and simplicity.”

The Sportage’s new black grille spans the front of the car in what could be the largest version yet of the automaker’s distinctive ‘Tiger Nose’ fascia.

Kia describes the new Sportage as having a “muscular exterior and innovative interior.”

At the rear, the vehicle’s “muscular shoulder lines drop gently to meet slim daytime-running lights, which flank the new Kia logo and Sportage emblem,” Kia says. What appears to be an LED light bar runs the width of the car between the rear lights.

A sketch of the interior design sketch shows a sculpted curved display screen that will be central to what the automaker says will be a “new benchmark” in the vehicle’s segment for connectivity technology.

“With new Sportage, we did not simply want to take one step forward, but rather move to a completely different level within the SUV class,” said Karim Habib, Kia’s design boss, in the statement.

Kia did not say how the European version of the Sportage will differ from versions for other global markets. It said it will reveal more details on the design features, including those for the European model, in the next few weeks.