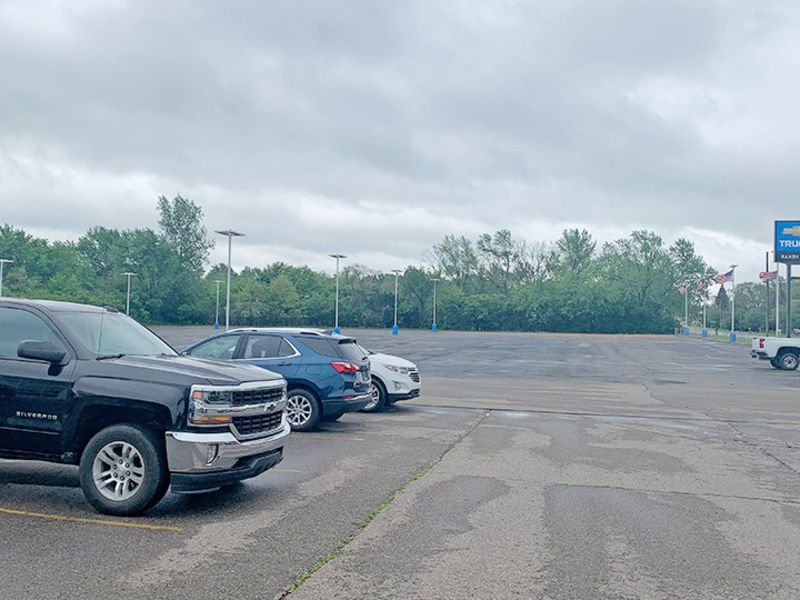 DETROIT — General Motors’ plan to restart most of its plants affected by the industry’s microchip shortage within about a month shows that the crisis might be starting to ebb.

“It does suggest that things are improving — an early indicator that the industry maybe is starting to get on the other side of this,” said Jeff Schuster, president of global forecasting at LMC Automotive.

GM last week said only one plant — Fairfax Assembly in Kansas — would remain down because of the chip shortage beyond July 5. Fairfax, which has been down since Feb. 8, builds the Chevrolet Malibu and Cadillac XT4. CAMI Assembly in Ontario, which builds the Chevy Equinox and also shut down Feb. 8, is scheduled to reopen June 14 but pause for a previously scheduled two-week summer break in July. GM’s midsize pickup plant in Wentzville, Mo., went offline last week until mid-July for a model-year changeover.

GM’s aggressive restart plans affirm the bullishness the automaker showed this month when it reported first-quarter net income of $3 billion. Its projection of a swift rebound from the chip crisis contrasted with Ford Motor Co.’s warning that profits would be limited for the rest of the year.

GM’s optimism could be driven by early planning and a potential outsourcing of chips, analysts said.

Still, the automaker and its dealers continue to cope with a drastic inventory shortage. Randy Wise Chevrolet in Flint, Mich., had only three unsold new vehicles in stock last week. The store, which usually sells 110 to 125 new vehicles a month, expects to receive just 21 more in June, 21 in July and 38 in August, said General Manager Patrick Daly.

As of Friday, May 28, GM had lost 272,292 vehicles from its North American production schedule because of the crisis, according to AutoForecast Solutions. That number is slightly lower than the firm’s estimate for GM a week earlier.

The restarting of those lower-margin vehicle plants could signal that GM has turned a corner.

“They were doing a lot of scenario planning early on” while other automakers were waiting for the situation to play out, Schuster said. “Did that lead to a better position and the ability to find a [chip] source? I can’t say for sure, but it seems like all of these things played out in a coordinated way.”

Other automakers also are confident that a recovery could begin in the third quarter.

“As we move into summer, it’ll get tougher and tougher, and then we come out of it,” said Michael Colleran, senior vice president of U.S. marketing and sales at Nissan. “We’re pretty bullish.”

Nissan is prioritizing high-volume models such as the Sentra and Rogue for the limited supply of microchips.

“It’s a bit of a Rubik’s Cube,” Colleran said, referring to allocation decisions. “You have to really hand-manage this. Every day, it’s a firefight.”

In early May, GM CEO Mary Barra told Bloomberg that the automaker was working on a number of long-term strategies and new processes to “make sure we’re never in this situation again.”

She added that GM planned chip supplies for this year based on expected demand.

“We were very clear last year on what we thought demand was going to be this year in the chips that we had ordered. We’re continuing to work with the supply base on that,” she said.

When the chip crisis began hampering the industry in the first quarter, experts expected that it would take six months to establish new plants for automotive-grade chip production, said Sam Fiorani, vice president at AutoForecast Solutions.

“We are falling into that window that new supplies of chips could have been accessed if they were located when this whole thing started,” Fiorani said. GM “could be finding new supplies at this point.”

GM declined to elaborate on its sourcing strategy or say whether it had paid a premium to access more chips. The chip crisis remains fluid globally, GM spokesman David Barnas said, but the supply chain team has made strides to mitigate the impact.

Consultancy AlixPartners estimates that the chip shortage could cost the auto industry $110 billion in lost revenue this year, forecasting a net production loss of 3.9 million vehicles.

GM won’t be able to make up all the volume it has lost, Schuster said, but “they’re going to do whatever they can to make up as much as they can to refill that pipeline that’s in deep need of vehicles.”