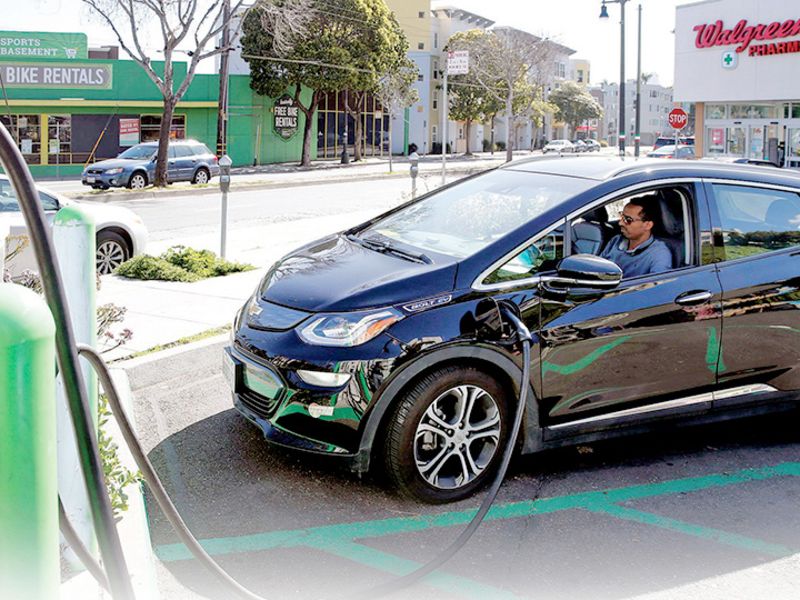 The pressure is on for companies such as Uber Technologies Inc. and Lyft Inc. to go greener — and at a faster pace.

The hope is that the onus doesn’t fall solely on their drivers.

This month, the California Air Resources Board approved the Clean Miles Standard and Incentive Program, which requires that ride-share companies begin gradually electrifying their fleets in the state starting in 2023 and ensure that 90 percent of miles traveled are electric by 2030.

The program, which grew out of state Senate Bill 1014, introduced in 2018, works to reduce statewide greenhouse gas emissions.

The California Public Utilities Commission will now decide how to implement and enforce the regulation.

CARB’s regulation bolsters these efforts and reinforces calls to eliminate the environmental impact of ride-hailing vehicles. The standard also complements the state’s executive order that requires all new passenger vehicles sold in the state to be zero-emission by 2035.

But with this must come the right investments in EV charging infrastructure for ride-hailing drivers, vehicle purchase or lease rebates for high-mileage ride-hailing drivers and modifications to existing incentive programs, said Ben Prochazka, executive director of the nonpartisan group Electrification Coalition.

“It’s hard to determine if 2023 is going to be too soon,” he added, “but the idea is, you create an incentive structure, you create, in some cases, regulatory structure that ultimately helps move the needle faster.”

Rides via transportation network companies such as Uber and Lyft are a major cause of greenhouse gas emissions, says the Union of Concerned Scientists, an environmental nonprofit. The group says that the average ride-hailing trip creates roughly 69 percent more carbon emissions than the trips it replaces, largely because of the amount of idling and driving drivers do while waiting for riders.

An electric ride-hailing trip would slash emissions by about 50 percent compared with a private trip in a gasoline-powered vehicle, the group says.

The key will be that drivers have the support they need to shift to electric and that the success of these hefty goals won’t come at their expense.

CARB anticipates that by 2023, the number of used EVs on the road, coupled with the several dozen new models expected to be on the market then, will drive down EV costs and make the vehicles more accessible to drivers.

More charging infrastructure will also help to meet these goals, said Joshua Cunningham, chief of the sustainable transportation and communities division at CARB.

“We certainly need to see more fast chargers roll out throughout California as the targets get stronger,” he told Automotive News. “That’s something we can’t guarantee, but we see really promising signals.

“We certainly want more Level 2 public charging available to lower-income drivers that rent an apartment,” Cunningham added, as these drivers may have less access than those who have an at-home charger. “Those are some challenges that the state is going to work on.”

CARB hopes Uber and Lyft will prioritize the shift with their high-mileage drivers.

Cunningham said if Uber and Lyft help these drivers, vs. weekend and part-time drivers, electrify first, the companies can more easily reach the goal of 90 percent EV miles.

“We feel that makes it feasible because then we’re not burdening drivers that are truly low-[vehicle miles traveled], part-time, second-job drivers, with the need to buy an EV.”

CARB plans to do more outreach with drivers as the program is launched, though the ride-hailing companies also say they are putting in the work.

Uber’s commitment comes with an $800 million price tag, aimed at helping drivers transition to EVs by 2025. In Portland, Ore., Lyft has provided access to free charging to its EV drivers.

Even with these and other programs, drivers have major concerns, said Nicole Moore, a part-time Lyft driver in Los Angeles.

“As drivers, we’re fully in support of having transportation that allows for a future outside of global warming,” said Moore, who is part of Rideshare Drivers United, an independent association of drivers. “That makes sense to drivers. But how do we pay for that?”

Tritium sees boom in U.S. demand for its fast chargers
GM says it can retrofit heated seats in mid-2022
This Safari’d 997 Porsche 911 Turbo Is The Perfect Supercar For A Chicago Winter
Nissan to invest nearly $18B for electrification blitz
2022 Porsche Macan