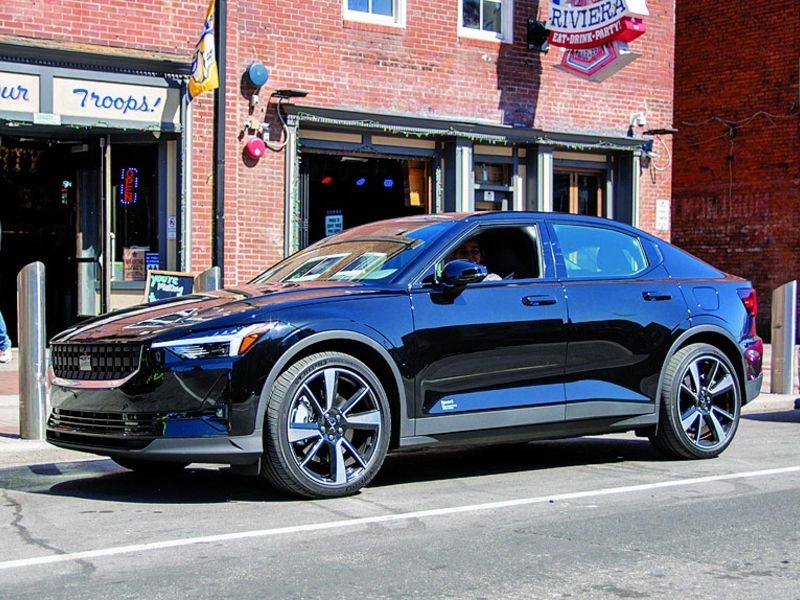 Uber and Lyft have both pledged to electrify their ride-hailing services by the end of the decade as part of efforts to reduce pollution and counter climate change.

A smaller startup has accomplished that today.

Earth Rides launched its ride-hailing service in Nashville in October with an all-electric fleet that now has nine Teslas, a Polestar 2 and a Ford Mustang Mach-E that’s used on the weekends.

Launching a transportation network in the depths of a pandemic that decimated ridership among larger companies came with some trepidation. But Raven Hernandez, CEO and co-founder of the company, says the novelty of the fleet has caught the attention of passengers more accustomed to nondescript ride-hailing vehicles and car enthusiasts alike.

“A lot of people don’t get in the car because they’re electric vehicles and they’re sustainable and clean,” Hernandez said on an April episode of “Shift: A Podcast About Mobility.” “They get in because they’re like, ‘Oh, my gosh, I’ve never been in this kind of car. This is so cool.’ Then the second time they get in, it’s because the price, the safety, the communication.”

Nonetheless, the rollout of an all-electric fleet comes at a time of increased scrutiny of ride-hailing emissions. Both Uber and Lyft have said they intend to transition to zero-emission fleets by 2030.

California officials will ensure that actually happens. On May 20, the California Air Resources Board approved rules that compel ride-hailing companies to ensure that 90 percent of the miles driven on their networks come from EVs by 2030. The rule addresses miles driven instead of vehicle type to prod Uber and Lyft, which don’t own the cars operated on their networks, to ensure the changeover occurs.

For expansion-minded Earth Rides, which plans to start operations in Austin, Texas, this summer, EVs are a nonissue. And that’s just the beginning of the startup’s juxtaposition with its far larger rivals.

Uber and Lyft rely on independent contractors who use their own vehicles on the ride-hailing networks; Earth Rides considers its drivers employees, and it owns or leases its fleet. When demand for rides increases, Uber and Lyft raise prices; Earth Rides offers fixed rates and eschews surge pricing.

How does Earth Rides survive in a cutthroat business while offering something akin to black-car service at competitive prices? At least part of the answer comes from running an electric-only fleet. Hernandez says her maintenance costs are five times less than what they’d be for internal combustion vehicles. She expects EVs’ longevity to further boost margins.

“The economics just make sense with a battery-electric vehicle to where we decided, ‘Hey, we’re owning these vehicles and we’re employing these drivers,’ ” she said. “We want our drivers to not worry about the miles they’re putting on the car, and we want our customers not to wonder, ‘Are my tires safe?’ Those are the things; we take that burden out of the equation.”

Earth Rides had 20 employees at the beginning of 2021 and now has 40, she said, and the company is profitable.

Though they don’t have the same national user base as Uber and Lyft, a handful of smaller startups, including Earth Rides, have sought a niche in the ride-hailing realm. Ride Austin was a nonprofit that operated between 2016 and 2020 but shuttered after suspending operations at the outset of the pandemic last year.

Alto launched in Dallas in 2018 with 10 company-owned cars and now serves riders in that city as well as Houston and Fort Worth, Texas, and Los Angeles. Next month, Iizi will begin service in North Carolina.

Competing with the national incumbents requires a marketing plan conducted on a shoestring budget and largely dependent on word-of-mouth, according to Hernandez. For Earth Rides, a string of partnerships with local universities, restaurants, Airbnb hosts, apartment complexes and more have helped ensure a steady stream of riders who both hail rides on demand and schedule them in advance.

“It was, ‘How do we meet people where they’re at? How do we find those people without spending a lot of money on that advertising and marketing,’ ” she said. “We wanted to keep our costs low, so we knew we had to do something different when it came to getting people into the car.”

Earth Rides also works with communities in Nashville to ensure that residents with disabilities who otherwise may not have access to transportation get where they need to go. Whether providing those rides or helping to reduce pollution, Hernandez sees it all as a chance to give back to her hometown.

“There’s kids who are in displaced home situations, and they can’t even utilize the school bus system, so how do they get to school?” she asked. “There’s just so many opportunities in the transportation sector. So I think it’s imperative that I’m here to be an asset.”