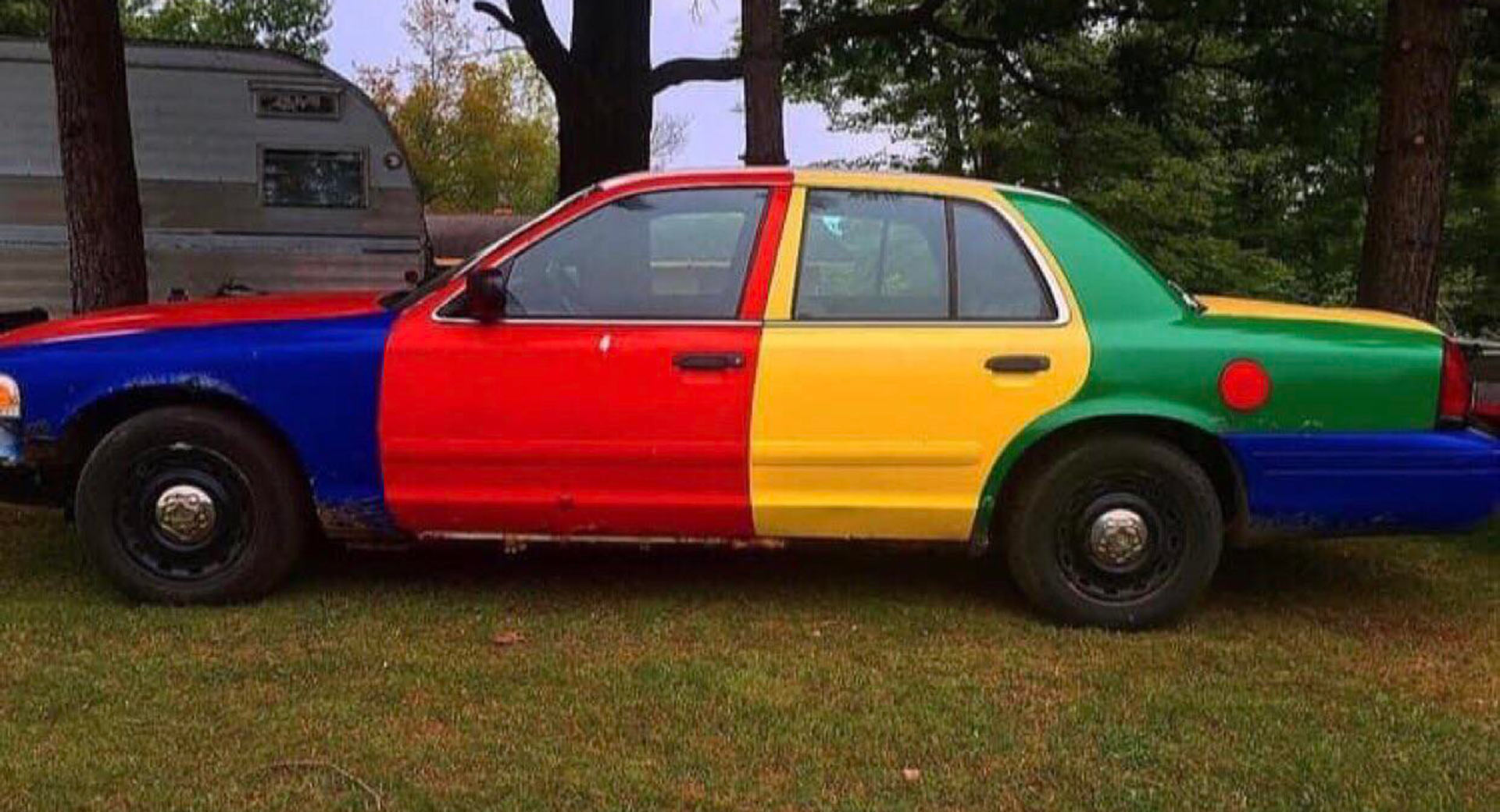 The Ford Crown Victoria is one of the most well-known sedans ever produced in North America but chances are, you didn’t know that Ford also produced a limited-edition variant known as the ‘Clown Vic.’

Obviously, the Crown Vic is best known for being used by police forces throughout the U.S. but images recently shared to Reddit show off this weird ‘Clown Vic’ for the first time (no, we were joking – it wasn’t actually released by Ford). It has such a bold exterior that it makes a typical Crown Vic seem rather boring and uninspired.

Read Also: This Ford Crown Victoria Is Getting A 27-Liter Twin-Turbo V12 From A Tank

Obviously, the owner of this Crown Vic wanted to make the sedan look a little more striking and has decided to paint the body panels in different colors, kinda like VW did with the Polo Harlequin a quarter of a century ago. For example, the hood and front doors are painted red while the rear doors and trunklid are finished in yellow. Meanwhile, the front quarter panels are painted blue, the rear bumper is blue, the rear-quarter panels are finished in green, and the gas cap has also been painted red.

Completing the alterations made to the car is the fitment of a distinctive badge on the tailgate that reads ‘Clown Vic.’ Well, whatever you might think about this colorful Ford, you can’t deny that its owner has a sense of humor… 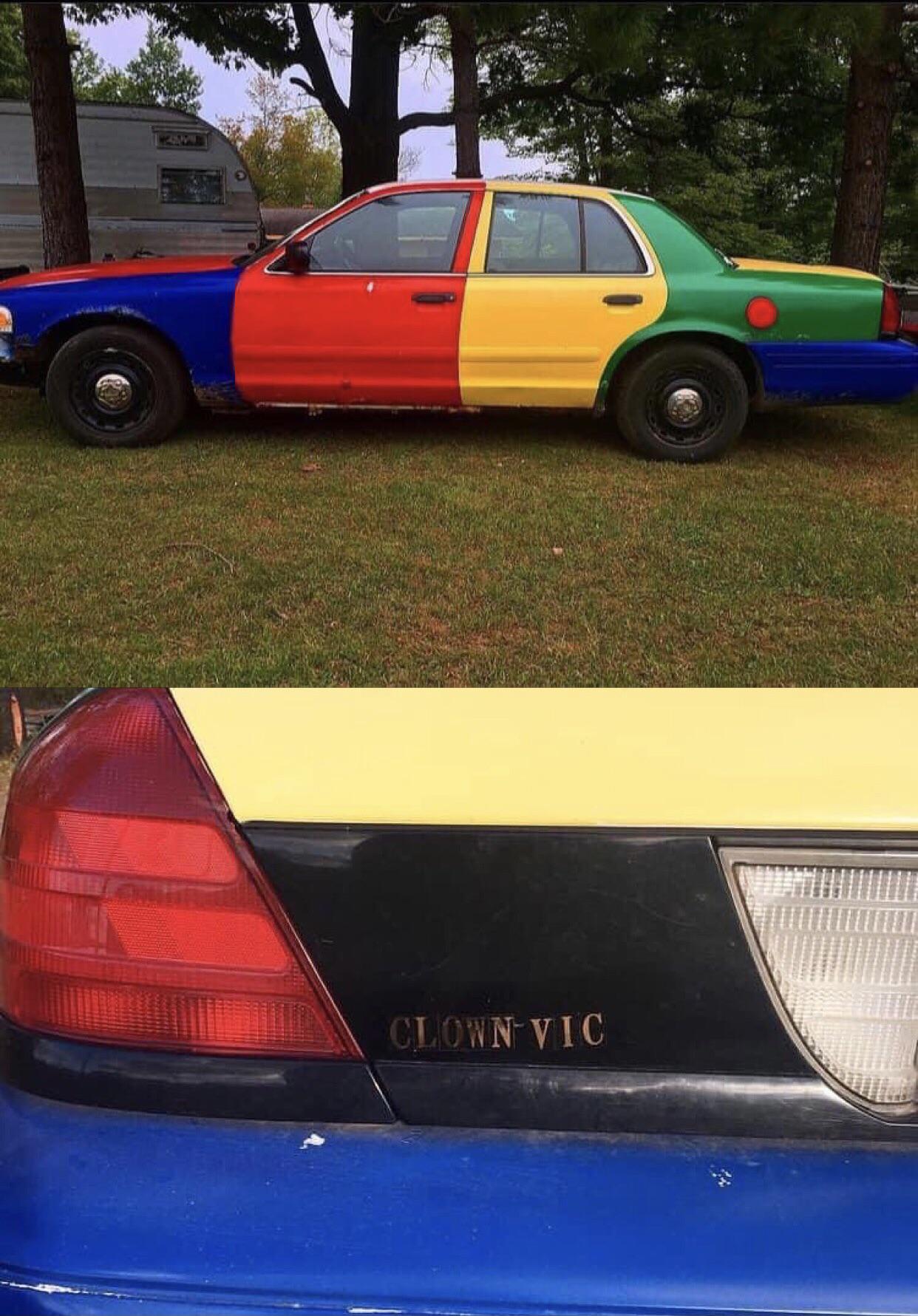