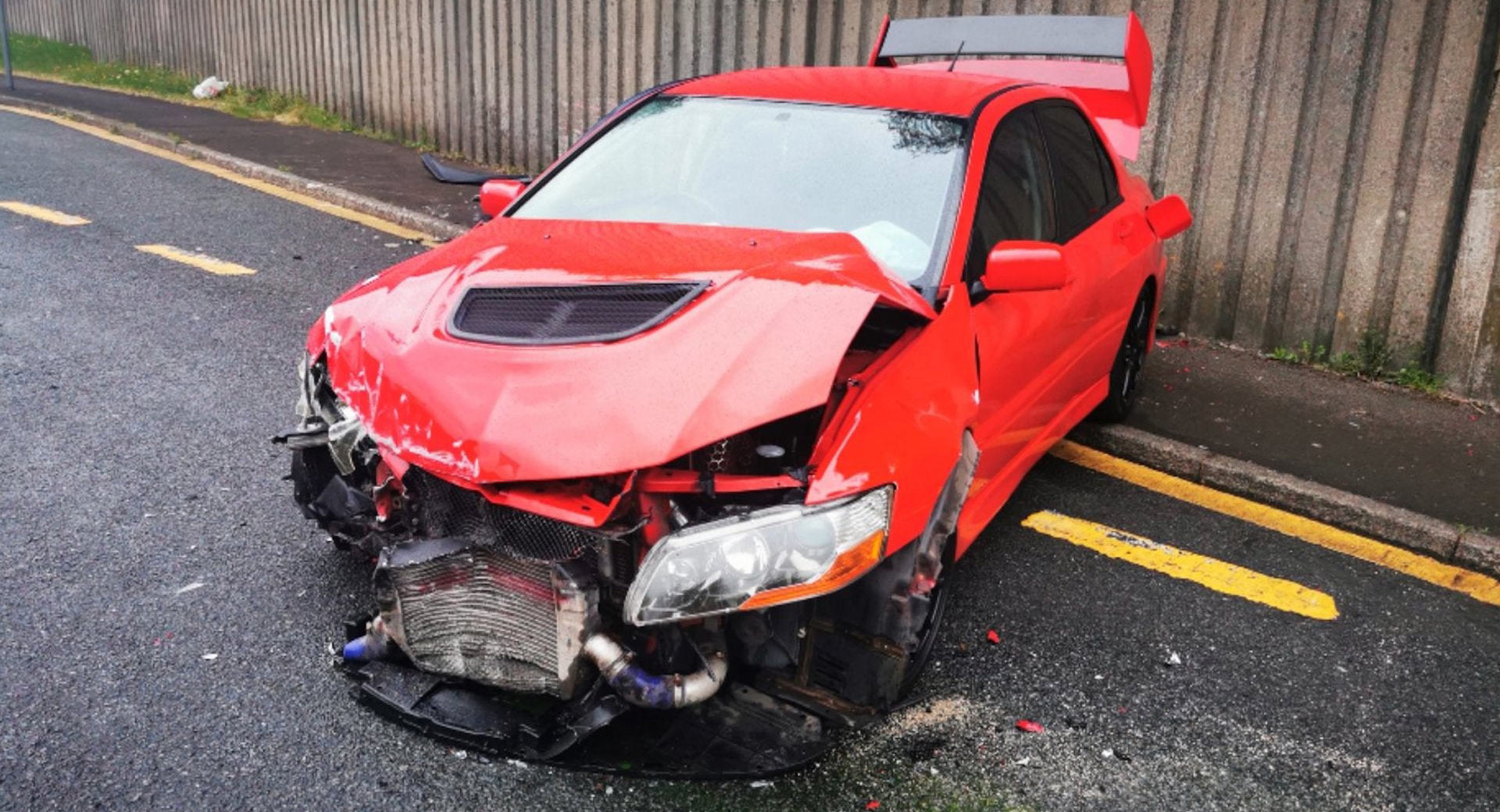 A man in the UK who recently won a Mitsubishi Lancer Evolution IX FQ-320 in a draw has crashed it just a day after being handed the keys.

The red Evo in question was given away by Dream Car Giveaways (DCG) and had 70,000 miles on the clock and a full service history, The Drive notes. Prices of the Lancer Evo IX have soared over the past 18 months, meaning the lucky guy didn’t just win one of Japan’s best performance cars but also won an appreciating asset. Unfortunately, the Evo is no more.

A since-deleted tweet from the South Wales Police Roads Policing Unit published on Wednesday, April 28 revealed that the car’s winner, Adam Griffiths, had been involved in an accident that left the Mitsubishi with comprehensive damage to both its front and rear end. The damage was so bad that the car has been totaled. The same day, less than 24 hours after handing over the keys to Griffiths, Dream Car Giveaways confirmed that the car was written off in a Facebook post.

“As most of you will be aware unfortunately the Evo was written off in an accident this morning,” DCG wrote. “The main thing is Adam is fine, we don’t know what happened and won’t speculate. Please be respectful in your comments. It can happen to anyone. We wish Adam all the best from DCG.”

The photo shared to Twitter shows that the front bumper was torn from the Evo in the crash. The hood was also been bent upwards, the intercooler destroyed, and in all likelihood, various engine and suspension components have also been damaged.

Why it’s reality check time for the EV skateboard chassis
Ford Shelby Cobra concept headed to Monterey auction
No trendy small VW pickup coming, at least not in gasoline form
2022 Jeep Grand Wagoneer Gets MPG—Just Not Many
Dodge Demon Costs A Mind Boggling $200,000 In The UK – Is It Worth It?