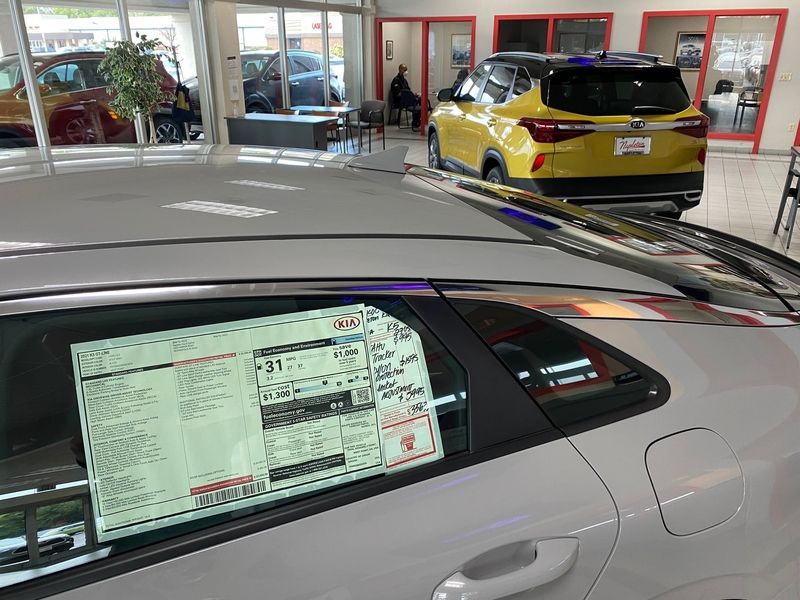 Hyundai, Kia and Genesis, behind light trucks and robust retail demand, posted sharply higher U.S. light-vehicle sales last month compared with April 2020, when the market bottomed out early in the pandemic and showrooms and factory floors were mostly shuttered.

Hyundai Group, the parent of all three brands, has been largely untouched by a chronic shortage of semiconductors that has curtailed light-vehicle production worldwide, allowing the company to rebound strongly more than a year into the coronavirus outbreak.

A 146 percent rise in retail volume drove an overall gain of 128 percent at Hyundai, with total April deliveries of 77,523, the second straight monthly record for the company. Fleet shipments dropped 27 percent and represented just 3 percent of April sales, the company said.

A Hyundai Motor America spokesman said Saturday U.S. dealers had 123,046 cars and light trucks in stock at the end of April, down 13 percent from 141,425 when March closed.

April volume jumped 121 percent to 70,177 at Kia, the company’s second consecutive monthly record, and 309 percent at Genesis, with the GV80 SUV continuing to outsell combined volume of the luxury brand’s three sedans.

“Given the showroom traffic our dealers are reporting ahead of the summer opening of the country we are confident our strong performance will continue through the year,” Sean Yoon, CEO of Kia Motors America, said in a statement.

U.S. auto sales are forecast to nearly double last month to more than 1.3 million, according to analysts at J.D. Power, Cox Automotive and TrueCar, with strong retail demand continuing to drive volume, even as supply disruptions undercut volume.

The market bottom came early in the pandemic, with the seasonally adjusted, annualized rate of sales falling to 8.6 million in April 2020. The sales pace has steadily risen, and in a sign of the market’s strength, the SAAR could top 18 million for the second straight month in April, J.D. Power and LMC said.

Cox Automotive said light-vehicle supplies fell by more than 1.25 million units during the month, a significant setback for an industry that counts on robust spring sales.

“The market is being driven by inventory right now, not incentives, and it is only getting worse as the chip shortage continues,” said Brian Finkelmeyer, senior director of new-vehicle sales strategy at Cox Automotive. “Most dealers are scrambling to secure inventory in any way they can. Those who aren’t paying close enough attention are losing out to those who are managing it more efficiently.”

Dealers are selling a larger share of vehicles almost as soon as they arrive in inventory. In the first ten days of April, J.D. Power said nearly one-third of vehicles were purchased within 10 days of arriving at a store, up from one-fourth of vehicles that were sold within 10 days in April 2019.

Charlie Chesbrough, senior economist for Cox Automotive, says the industry’s average days supply of vehicles — 65 in an ideal market — is on track to fall into the 30s soon.

Inventories are tightest – a 40-day supply or less – among large trucks and SUVS, midsize trucks, minivans and luxury SUVs, according to Cox Automotive data.

“There is little reason to expect buyer interest to wane anytime soon given recent economic growth rate expectations and improvements to consumer sentiment,” Chesbrough said. “But inventory is a huge problem in the vehicle market.”

Falling discounts, tight supplies, strong consumer demand and an economy flush with cash from government stimulus programs have become a recipe for higher transaction prices. J.D Power estimates average transaction prices will rise 6.7 percent in April to $37,572, a high for the month, and the second-highest level after December 2020, when prices averaged $37,966.