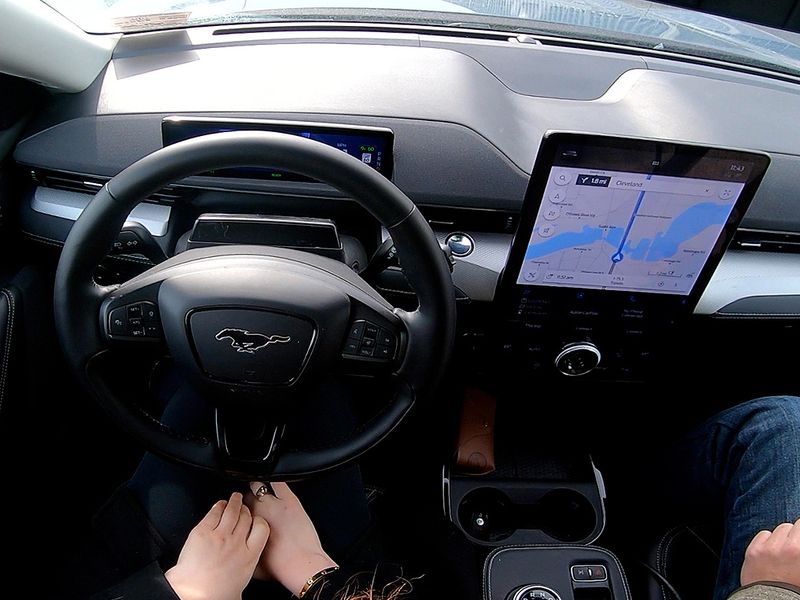 Previously referred to as Active Drive Assist, the feature will go live in the third quarter on Ford’s Mustang Mach-E crossover and F-150 pickup. Ford said Wednesday that BlueCruise software, activated through an over-the-air-update, will cost $600 for a three-year subscription, on top of the price of the hardware that varies by vehicle.

The feature finally will give Ford an answer to General Motors’ Super Cruise and Tesla’s Autopilot systems, although Ford has vowed to make BlueCruise more intuitive.

At launch, the system will allow owners to navigate more than 100,000 miles of divided highways without the need to place their hands on the steering wheel. It later will be updated to include automatic lane changing and other features.

The automaker said it tested the system on more than 600,000 miles of divided highway, including a recent 110,000-mile road trip across 37 states and five Canadian provinces.

“There are highway intricacies and driving conditions that you simply cannot replicate in a lab,” Hau Thai-Tang, Ford’s chief product platform and operations officer, said in a statement. “Sending these vehicles out for real-world driving experience is just one of many ways we ensured that BlueCruise technology offers confidence and convenience for drivers all across the continent.”

Ford said it expects to sell 100,000 vehicles equipped with BlueCruise in the system’s first year on sale.

In addition to the $600 subscription, vehicles must have a driver-facing camera to use the system. The necessary hardware is standard on the F-150 Limited. F-150 Lariat, King Ranch and Platinum models need the $995 Ford Co-Pilot 360 Active 2.0 package for a total $1,595 including the subscription charge. Owners of lower trims cannot use BlueCruise.

BlueCruise hardware is standard on Mustang Mach-E CA Route 1, Premium and First Edition models. It’s available on the Select trim as part of the $3,200 Comfort and Technology package, which includes the subscription charge.

Ford officials declined to say how much the subscription will cost after the first three years.

In a briefing with media members, officials also declined to cite anything BlueCruise can do that GM’s Super Cruise could not, but Ford’s news release noted that the system will show that it’s engaged through text and blue lighting cues that are effective for those with color blindness.