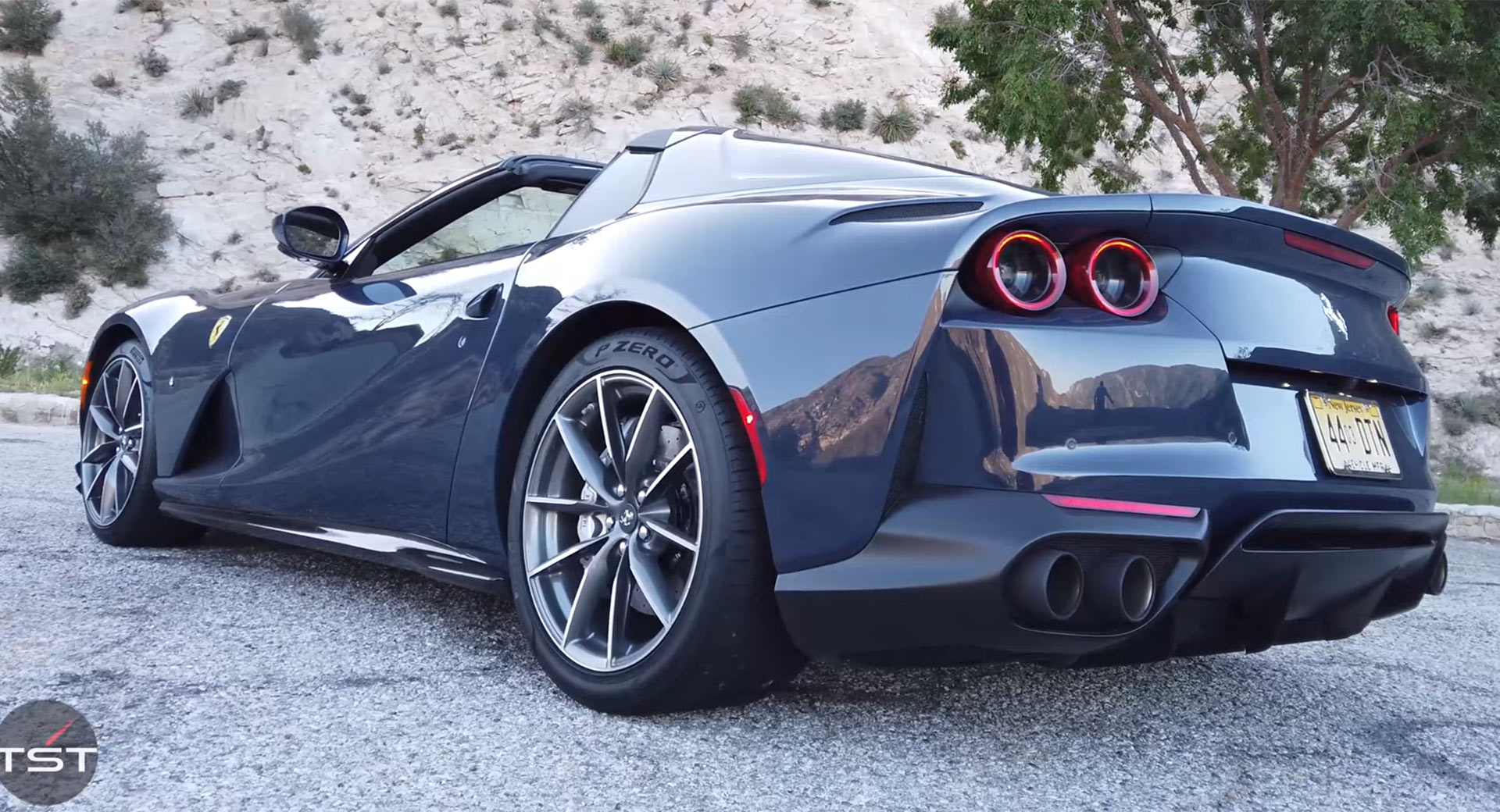 Few car manufacturers produce vehicles as special as Ferrari and while expensive, the 2021 812 GTS is a truly remarkable car, as this review reveals.

This clip comes courtesy of Matt Farah and his co-presenter Zack at The Smoking Tire and shows them pushing the car to its limits on some stunning canyon roads near Los Angeles. While the hybrid SF90 Stradale is faster, the open-top 812 GTS might just be the single best Ferrari currently on sale.

Like the hardtop, the 812 GTS is powered by a 6.5-liter naturally aspirated V12 pumping out 789 hp at 8,500 rpm and 529 lb-ft (718 Nm) of torque at 7,000 rpm. The car did gain approximately 150 lbs being converted into a convertible but the extra weight is well worth it given the added experience you get without a fixed roof, Farah says. The droptop configuration also means occupants can enjoy the screaming V12 even more.

Obviously, the 812 GTS is incredibly fast in a straight line but that’s not the only thing it has going for it. Farah comments on the incredibly sharp and precise steering and is also very impressed by the ride quality. He also prefers the 812 GTS to the Aston Martin DBS Superleggera Volante, saying it is lighter, sharper, and more precise.

To our eyes, the 812 GTS looks even better than the coupe, thanks largely to its new engine cover and the two large buttresses behind the cabin. And even though that’s subjective, you surely can’t argue with a big, naturally aspirated V12 and sharp handling characteristics combined with open-air motoring, can you?