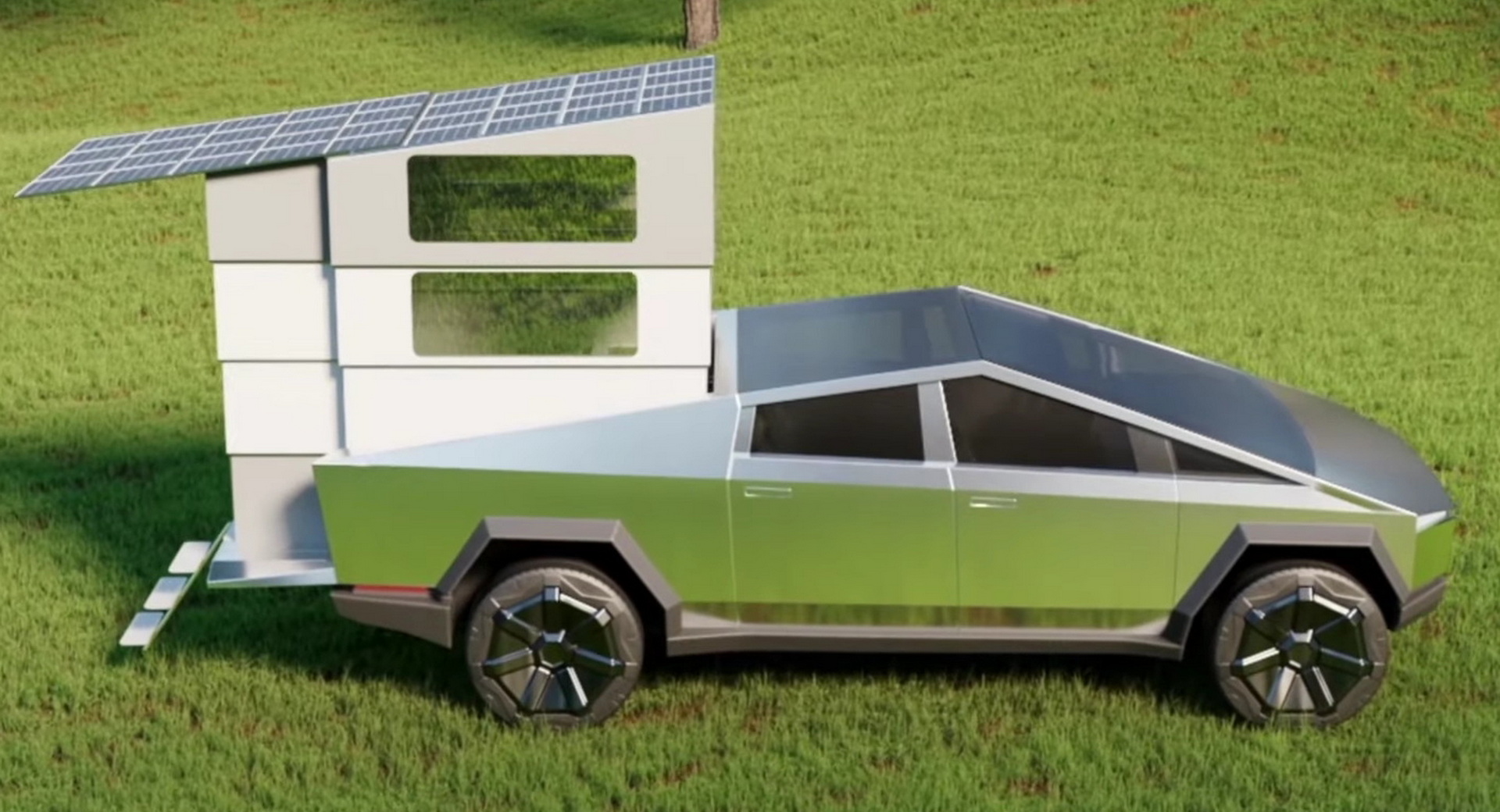 Despite not being in production just yet, third-party companies are rolling out accessories for the Tesla Cybertruck. Take, for example, this pop-up camper.

Dubbed the CyberLandr, it promises to combine the best of EV driving with the best of overlanding. It claims to be all you need for your next camping trip or off-grid adventure.

As Electrec notes, the pop-up camper folds itself into a smaller package that can be entirely contained within the Cybertruck’s 6.5-foot bed. With a tailgate’s worth of extra space, the Cyberlandr promises to sleep two adults and two children.

It also features a kitchen with two burners and a sink, and the beds can be folded into chairs to allow you to work inside when the outdoors aren’t conducive to comfort. Helping you power your laptop, meanwhile, is a 500-watt solar panel on its roof.

Unfolded, it looks tall enough to stand in and reminds me of Top Gear’s ill-fated Citroen campervan.

All told, the Cyberlandr is expected to weigh 1,200 lbs dry and 1,360 lbs wet thanks to a 40-gallon freshwater tank with four-stage water filtration that can feed a shower. Since this isn’t the finished item, though, final specs may vary.

As a caveat on the site puts it, “All specifications and features are estimates until final production specifications are announced, and subject to change without notice.”

The full price of the CyberLandr is $49,995, although depending on your down payment, it can drop down to $39,995. This feels like a lot considering Tesla says its electric pickup truck could tow up to 14,000 lbs, which is enough for a normal trailer, though this pop-trailer promises to only reduce the Cybertruck’s range by 5 percent. 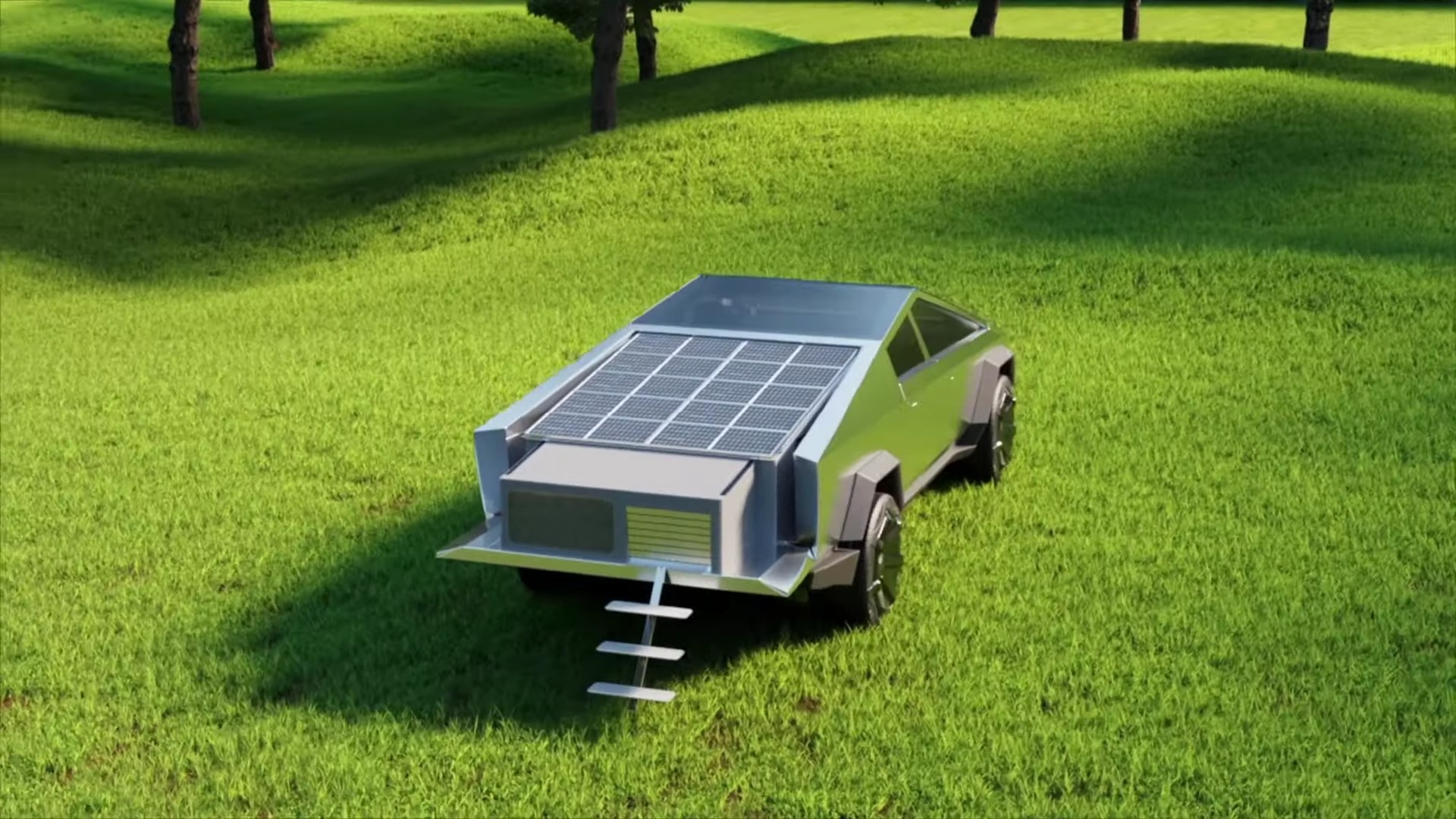