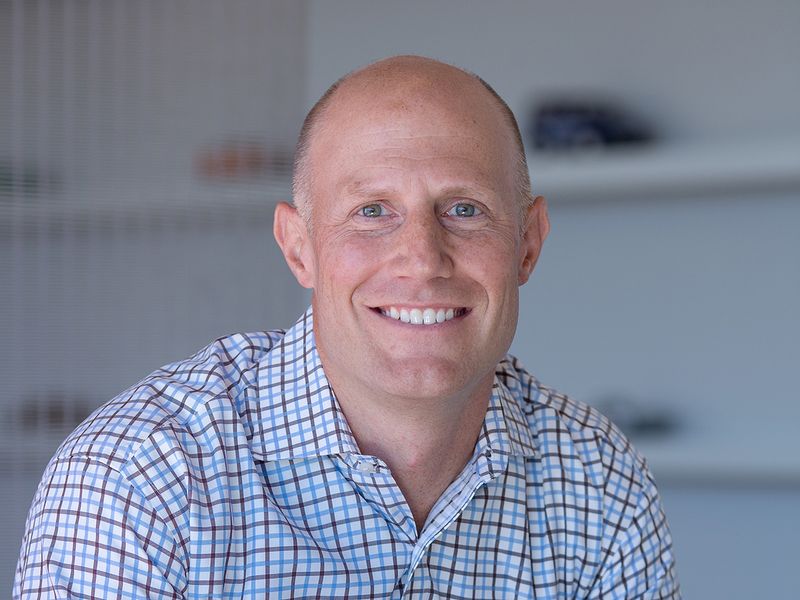 Jason Trevisan took over the top role at vehicle-listings company CarGurus shortly after the year began.

The former finance chief, who succeeds company founder Langley Steinert as CEO, will steer CarGurus through the continuing pandemic while also expanding beyond its core listings business with new retail and wholesale tools — most recently, with the acquisition of wholesale trading platform CarOffer.

The Cambridge, Mass., company is testing new capabilities that allow consumers to build online deals with “penny perfect” pricing, and will allow dealers to use CarGurus’ platform to complete tax, title and registration information on transactions involving out-of-state buyers.

“We want to be able to provide whatever retail features consumers and dealers are looking for,” Trevisan said. “Some consumers are looking to do the whole thing, soup to nuts, online. Others want to do some things online and some things in the dealership. And so we want to be able to have that flexibility to meet the consumer and dealer where they want.”

Trevisan, 46, spoke with Staff Reporter Lindsay VanHulle about his vision for the company, its plans for CarOffer and expanding beyond listings. Here are edited excerpts.

On his vision for CarGurus:

We’ve historically been a listings business that’s just been growing very fast. What you heard now from us is that we’re expanding that, and we’re expanding that in two key ways. One is that we’re investing much more aggressively in adding a retail layer to our marketplace, and the second is obviously with wholesale, CarOffer. So we believe that with a business that has these three pillars of listings, retail and wholesale, that we’ll move from being a lead-gen-oriented company or business to something that is much more broad and is instead more like a platform for consumers and dealers to buy and sell a car.

They, in a lot of ways, share a lot of the sort of entrepreneurial characteristics that were the hallmarks of us early on. They were a very capital-efficient model to build a marketplace. They are a technology-driven platform. They heavily use data to inform the transactions on the platform. And so, in a lot of ways, if you were to sort of tick through the ways in which I think we were able to disrupt the traditional listings business, we think they’re ticking through a lot of those similar ways of disrupting the physical auction wholesale business. And so there’s a cultural alignment that is around technology-driven, data-orientation, asset-light models that makes us peas in a pod almost.

We certainly think that it’s a natural and important place to go from listings. Whether a listings-only platform will have a role in the ecosystem in the future, I suppose, is still to be determined. But we think the consumer is taking it there [transactional]. And so the more forward-leaning dealers — they are, if they’re not already, going to start seeing they have more appeal to a bigger audience.

Because at some point in the future, there’s going to be X percent of the consumer audience that says, “I will only transact online.” And if you’re a dealer who doesn’t offer that, then you’re limiting your audience unnecessarily. So we think it’s a natural extension. You could even argue by what I just said that it’s even table stakes going forward. I think time will tell.

On trends in auto retail:

This notion of geographic constraints eroding is probably one of the more profound changes in the industry. And what I mean by that is that a dealer that, say, was the only dealership in town, in the past, they would have had sort of a natural, locked-in audience of the people who lived in that and surrounding towns. But as more dealers embrace the ability to deliver and as the virtual dealers continue to grow, that local dealer who is not willing to expand beyond their footprint using digital is going to have their market share eroded negatively only.

The second most profound thing is the sophistication with which dealers are now sourcing cars. That’s a capability at a dealership that has largely been physical auction-based. A lot of times, it’s just institutional knowledge from people who are very experienced and have done it for 10 or 20 years.

Now if you can source cars not just from the regional physical auction, but you can source cars from anywhere in the eastern U.S., for instance, then you’re going to need to do that at a higher scale and with much more data to be able to do it well and with enough velocity. And I think a lot of the digital auction and digital wholesale providers like CarOffer, but others, as well, are allowing that capability at a dealership to really advance dramatically.