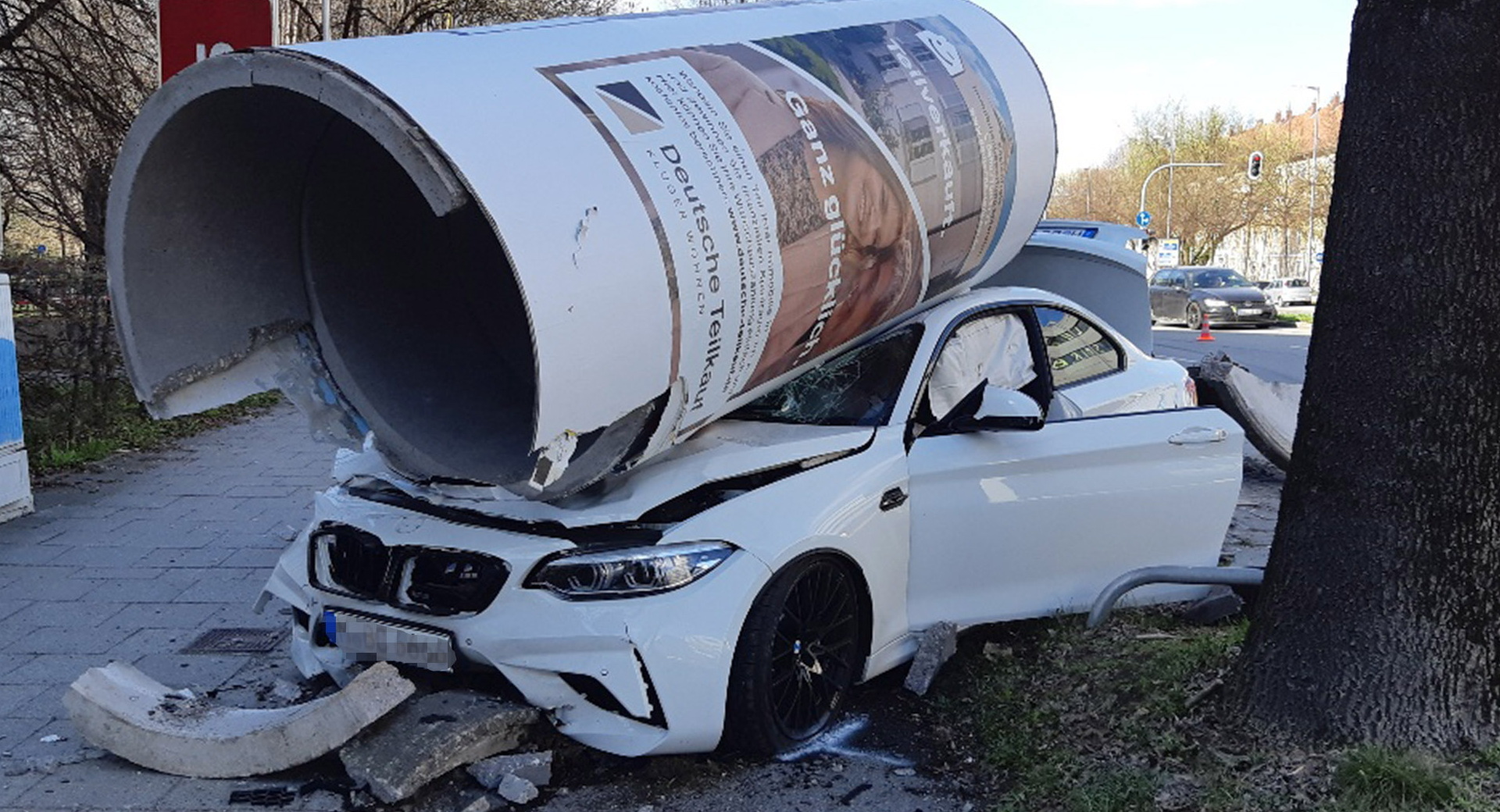 An BMW M2 driver in Munich is counting his lucky stars after escaping unharmed from a collision with an advertising column.

According to the Munich fire department, the incident happened on Leopoldstrasse, when the car’s 23-year-old driver accelerated away from a light. He apparently lost control of the car and ended up on an advertising column.

The fire department reports that the driver was unharmed and able to get out of the performance model without any help. That’s impressive because the hollow column appears to be made out of concrete and has made quite a dent in the roof of the car. Credit to the crash structure engineers, then.

Officials have launched a formal investigation into the causes of the crash. 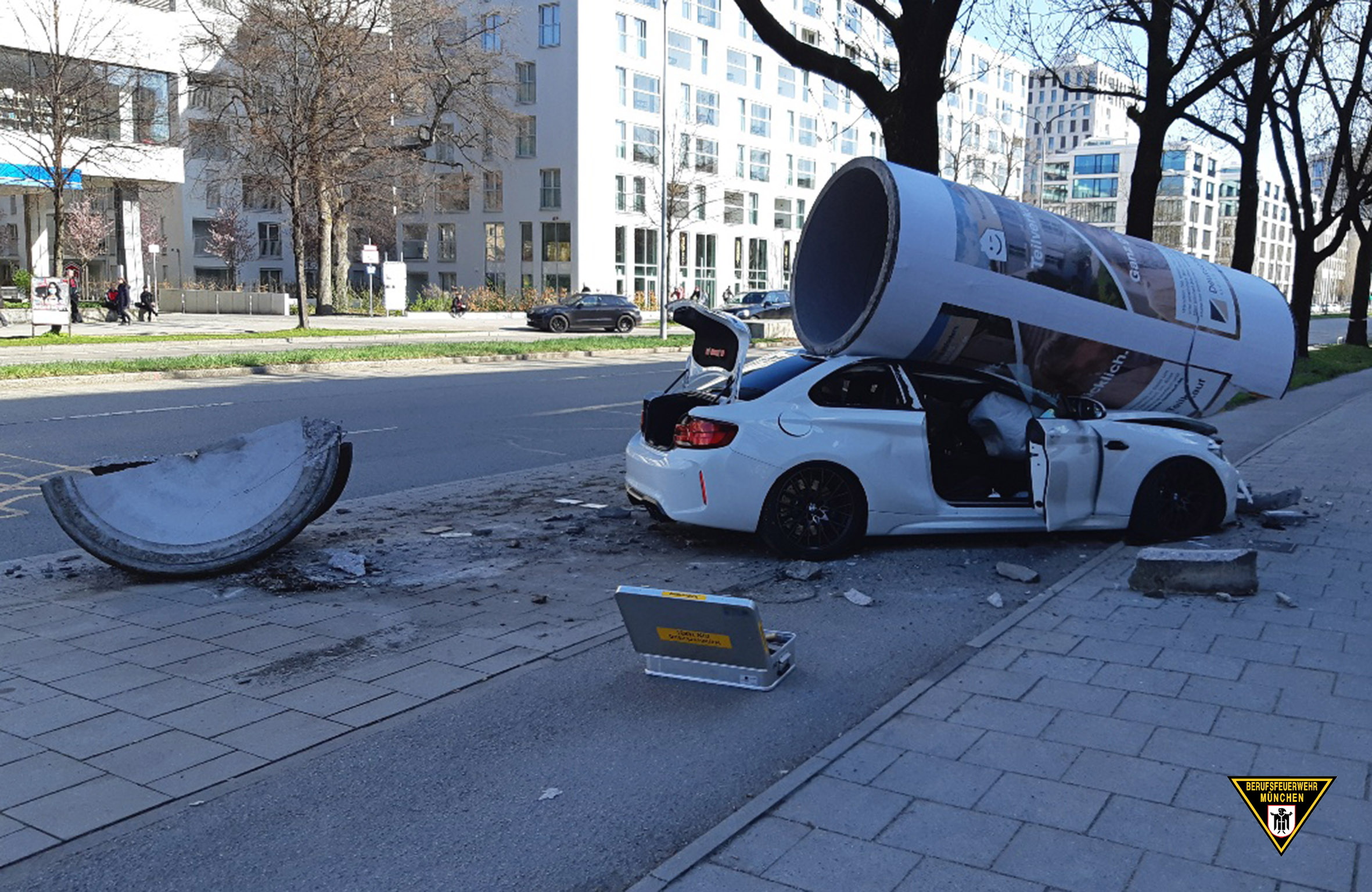 The car was freed from under the column then towed away by a private towing company. We look forward to seeing it on the German equivalent of Copart.

Let that be a lesson to BMW drivers. Leave the smokey peel-outs to the Mustang drivers.

The F87 BMW M2 Competition features a turbocharged 3.0-liter straight-six that makes 405 hp and 406 lb-ft of torque. Offered with either a 6-speed manual transmission or a 7-speed dual-clutch, the RWD sports sedan can hit 62 mph in just 4.3 seconds. All of which can be a handful.