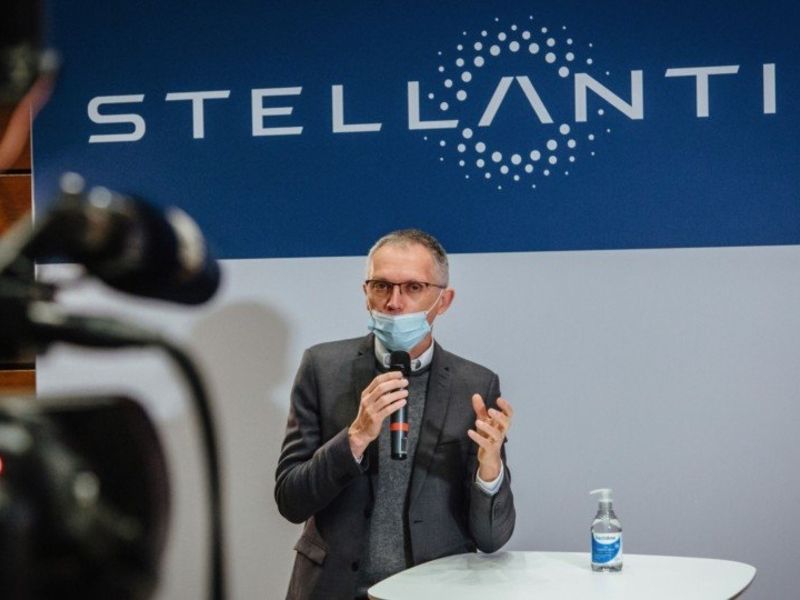 The world’s newest automotive group, Stellantis, will start life with a war chest of $21.2 billion in cash, but without a published strategic plan as to how it will manage 14 brands across three continents and 400,000 employees – and find about $6 billion a year in annual synergies.

CEO Carlos Tavares told analysts this week that they would have to wait until the end of this year or the beginning of 2022 for a capital markets day. That plan, when it comes, will extend out to 2030, far longer than most strategic plans and much longer than the two four-year plans that he put in place at PSA Group.

Stellantis is in no rush, Tavares said at a presentation of results from PSA and new partner Fiat Chrysler Automobiles, evoking an earlier merger that ended in a bitter separation. “We do not forget what happened in the past with DaimlerChrysler,” he said.

“Stellantis is not born from a crisis,” Tavares said, but “from the understanding that the two former companies will be stronger together than on a standing-alone basis.”

“Therefore, it is important that we do the right things in a proper way to create this sound foundation,” he added.

In the meantime, he said, the current business plans for PSA and FCA will remain in place.

Big, headline-making platform and production synergies are likely to appear only in 2022 and beyond, when some of the first joint projects will go into production.

“Everything which is about sharing assets, engineering assets, platforms, modules, powertrains, will need a certain lead time, even though some of those actions are already on their way,” he said.

But, Tavares said, there is plenty to do this year keep him and top executives busy:

Beyond 2021, Tavares has presented only the broad outlines of a strategy. Longer-term synergies are centered on migration of Stellantis models on common platforms, reducing powertrain complexity, and eliminating duplicate PSA-FCA efforts on electrification, connectivity and autonomous driving.

Tavares has, so far, opted not to make a headline-grabbing pledge to sell only zero-emission vehicles by a certain date, but he made clear that the market was quickly heading in that direction. He said Stellantis has a “road map” for emissions compliance through 2025, when “high voltage” variants will be available across the entire model range in Europe and North America.

He did not ignore the prevailing winds among investors, who see Tesla and other tech-focused new entrants such as Nio as more promising in the long term than “legacy” automakers such as Stellantis.

Stellantis will become a “customer centric software leader” by 2025, he said, implying that it will follow Volkswagen Group and bring development in-house.

Among the targets are improving over-the-air updates, “scaling up” data utilization and AI, and “gaining control over the software value chain.”

That software push will build on a partnership that FCA has with Google’s self-driving unit Waymo, Tavares said.

In Tavares’s view, Stellantis is ready to move past the nuts-and-bolts of making cars to ensure its future. “The efficiency of legacy business frees Stellantis up to focus on software offensive,” a slide in the presentation says.

“We will be making disruptive decisions, as many as necessary, to make sure that nobody is going to corner Stellantis as a legacy car company,” he said.

Analysts listening in to the presentation praised 2020 results but sought details on how Stellantis would create a promised 25 billion euros in value for investors.

Noting that investors “will have to wait for synergy granularity,” Morgan Stanley analyst Harald Hendrikse said that was not necessarily a bad thing.

“We understand that building a 2030 strategy for nine million annual sales from 14 brands involving all of the regulatory and technology development will take time,” he wrote in a note. “Good decisions now could save investors billions per year in annual investment spend in wasted short-term solutions.”

Shares of lidar sensor startup Innoviz rise in trading debut
The Tesla Semi is about to electrify Canada’s logging sector
NHTSA opens probe into Joyson airbags for possible defect
Uber, Lyft use rides to vaccines to get drivers, customers back on the platform
Tesla Kicking Inattentive Drivers Off “Full Self Driving” Beta Testing