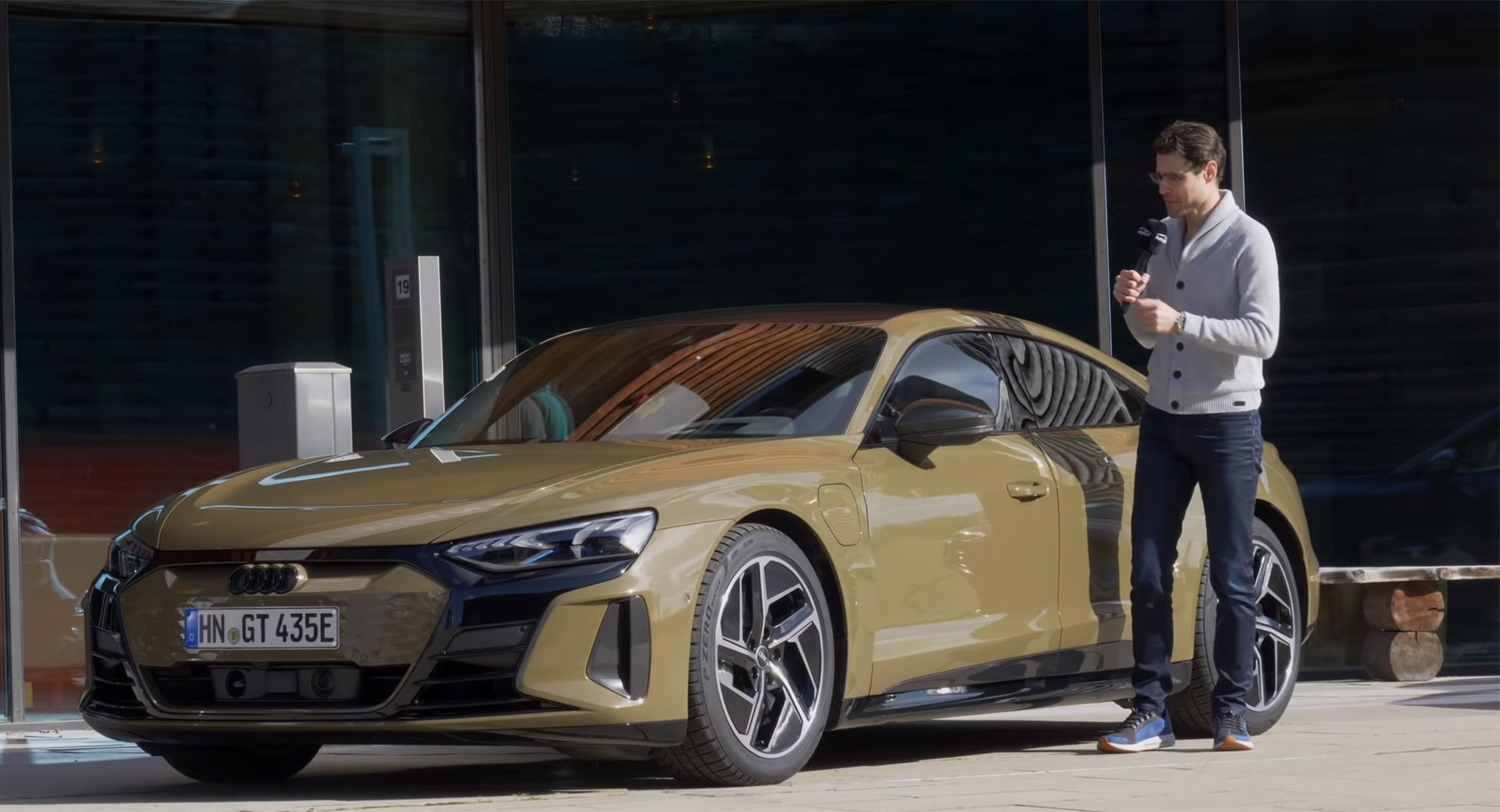 Reviews of the brand new Audi E-Tron GT are coming in thick and fast following its global premiere in early February. This particular on-the-road test, presented by Autogefühl, is one of the most comprehensive and well worth a watch.

In typical fashion from the German reviewer, this isn’t the type of video you can watch for five minutes and be done with. Instead, it stretches on for almost 50 minutes and explores the exciting new EV in all the detail you could ever want.

Kicking off the review is an overview of the vehicle’s design, including both its exterior and interior styling. While the car is based on the same J1 platform as the Porsche Taycan, it looks very different and has a futuristic design that’s unique from other Audi models yet still familiar enough to make the EV instantly identifiable as a premium vehicle from the German automaker.

After covering the design of the car, the reviewer heads out onto the Autobahn to see how the car deals with sustained high speed driving. We then get the chance to see the new Audi in action through city streets where its electric powertrain really comes into its own.

As a reminder, a handful of variants are on offer. The base model has a pair of electric motors with 476 hp and 464.7 lb-ft (630 Nm) of torque while the RS e-tron is capped at 589 hp and 612 lb-ft (830 Nm) of torque. Torque and horsepower figures vary slightly for North American models.