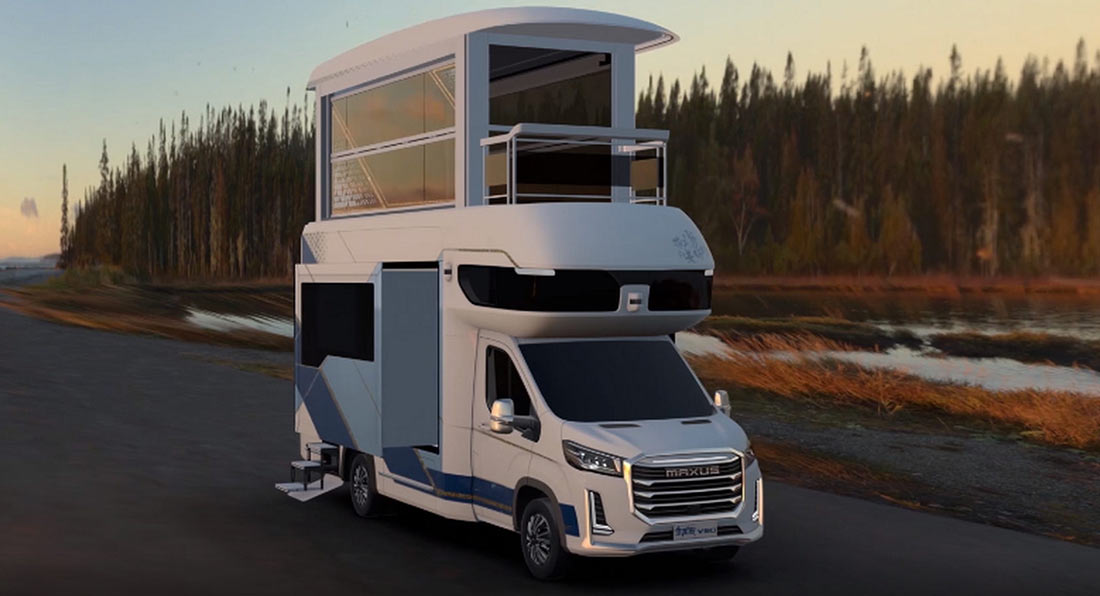 If you’re the type of person that likes to live on the road in comfort and luxury, then the new Life Home V90 Villa Edition from SAIC Maxus in China could be the RV for you.

Showcased in a series of renderings from the automaker, the RV is unique because it actually has two levels. Yes, that’s right, when you pull into a camping site, not only do the sides extend outwards for 215 square feet of living space, but the roof can also be extended up into a second level that adds another 133 square feet.

This second level is clad in glass and, according to SAIC Maxus, could be used as a tea room or a yoga studio. There’s also a small balcony on the second level and the glass can adjust between clear and opaque. As if that wasn’t enough, it is actually accessed via a small solo elevator.

The RV can also be outfitted with a premium JBL audio system, a washing machine, air conditioning, and a kitchenette. The vehicle pictured also includes wood flooring and lots of luxurious décor, including an L-shaped corner sofa. Also featured is an intriguing transparent TV.

The exterior of the RV oozes high-end luxury with a plethora of gold accents to contrast the white and blue paintwork and also features complex LED taillights.

SAIC Maxus first unveiled the Life Home V90 Villa Edition at an event late last year. Mind you, it’s far from cheap, as it has a price of 2.68 million Chinese Yuan, or roughly $414,000.